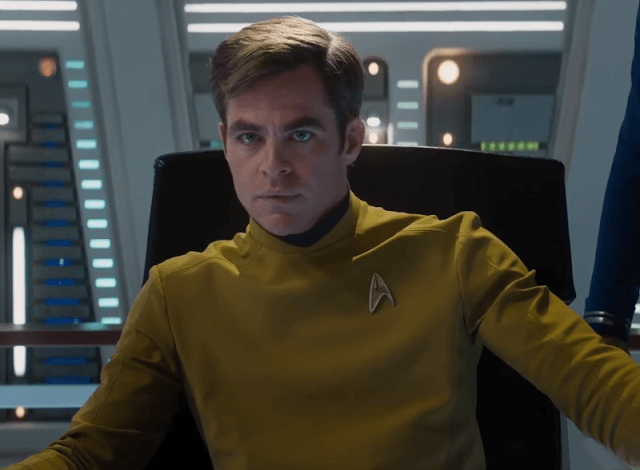 The Spectacle of White Heroes and Menacing Aliens: STAR TREK BEYOND Review (2016)

The premise appears like something out of a day’s viewing of CNN: a crew of white star troopers are sent on a mission to save an alien race, only to be entrapped as hostages, with a hidden artifact as ransom. The alien race must now be defeated before it destroys the whole (white) human race.

Starting off at this point is not to be expected from a big budget science fiction movie review, but this critic found the parallelisms extremely familiar. Stripped of its camp and sci-fi extravagance, STAR TREK BEYOND is subversive comment on recent happenings in US military involvement. It’s unabashed white heroism with the usual Hollywood sci-fi tropes of abject monsters defeated for the triumph of “unity and peace”. 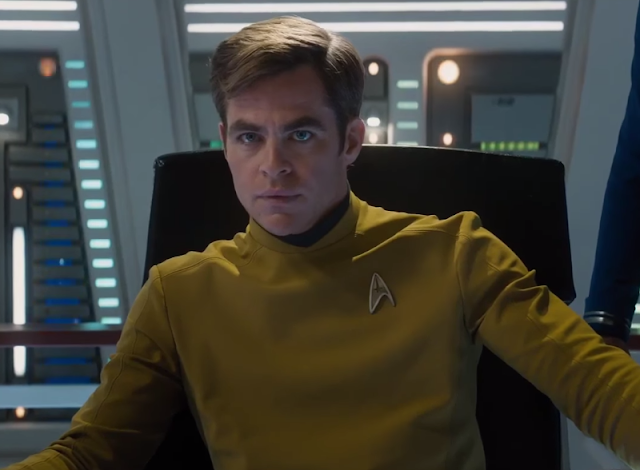 In fact, STAR TREK’s Federation stands as a parallel to STAR WARS’ Force, keeping intact a notion of peace and unity among stars and planets the way the United Nations compromises the legitimacy of struggle for the sake of immediate World Peace. Yet the sequel’s antagonist Krall criticizes the Federation in subversion: “The Federation is war”. It forces a flashback montage of several scenes of conflict in the Middle East especially in Syria where a crew of whites sink their teeth in a war so convoluted by their involvement, as if it wasn’t troubled enough. Win or lose, the Federation ends with a promise of a sequel to new ventures for “peace and unity”. A scary thought, once compared to its real life counterparts.

Immersed in this idea of the whole hypocrisy of real life’s “white heroes”, one can cringe throughout the whole film for its corny heroic punchlines and grand gestures. Otherwise you’ll just have to give up, sit back and appreciate what STAR TREK really has to offer: a glossy eye-popping visual spectacle.

Justin Lin’s new sequel calls to mind FORBIDDEN PLANET, APOCALYPSE NOW and STAR WARS with its human renegade emerging into a dark emperor, but the elements are tucked under Star Trek’s geeky science. Its well-established characters are ever-engaging playing with new interesting aliens, including Jayla who provides additional dramatic weight to the action.
The characters blend with the CGI visuals. Chris Pine has proven himself a reliable action figure, but the crowd-pleasers are his eccentric supporting cast. From the onscreen duo of Zachary Quinto and Karl Urban to the reliable sidekicks played by Simon Pegg and the late Anton Yelchin, non-fans will undoubtedly be drawn to the series. But it’s most worthy to be seen for its breathtaking action, especially in the introduction of its most menacing swarm of antagonists to date.

Fans will be pleased, and newcomers will enjoy this standalone popcorn sci-fi sequel. While STAR TREK BEYOND may not go beyond its predecessors and even if its political subversion is defeated by its own autopilot episodes of heroic adventures, it is still promising in its updated and highly entertaining 3D spectacle, true to the intentions of the reboot series.

Credits to the images and videos used in this post go to “Star Trek Beyond” and/or to their respective owners. We do not own these materials. No copyright infringement intended.