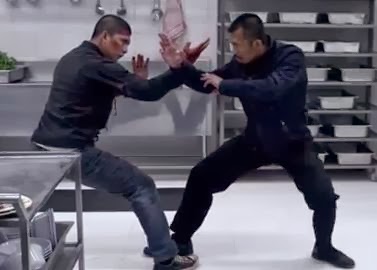 I wrote two posts about The Raid 2 in less than a month. Can you already tell how excited I am about this movie?
We were able to see the first trailer of The Raid 2: Berandal in my post last month (check out the post here), and it made me giddy excited about all the action the sequel seemed to have in store for us. The first trailer though, was more of a teaser of the badass feel of the movie, than a preview of all the action we can expect. However, what the first trailer lacked in action, was made up for by the second one. Get ready to have a taste of awesome:
I feel so pumped-up after watching it! Makes me want to break something. And that’s just the teaser.
The cast was said to have spent 3 months rehearsing every move, stunt, and fight scene before filming. The action sequences and choreography looked so seamless that it’s art in itself. This has got to be the standard of all action films.
The Raid 2: Berandal is now scheduled to be released on March 28, 2014 in US theaters.

Credits to the images and videos used in this post go to “The Raid 2: Berandal” and/or to their respective owners. I do not own these materials. No copyright infringement intended.