The Finale’s Formula: A “Hangover 3” Review 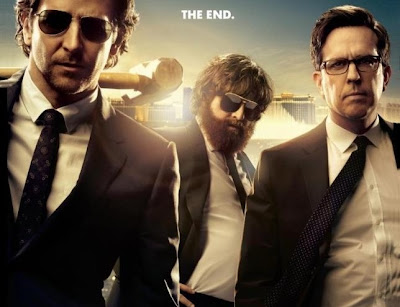 This movie reminds me so much of how I was back in college! Just kidding. Compared to this, my college days were as exciting as having a staring contest with Kirsten Stewart.
The Wolfpack is back and this time, they’re pretty much trying to move on from their misadventures in the past. However, trouble seems to be always on their heels as they get involved in a multi-million dollar gold heist. Bad ass mob leader Marshall (John Goodman) kidnaps Doug (Justin Bartha) and as ransom, asks the Wolfpack to bring him Leslie Chow (Ken Jeong) who has stolen half of his $42 Million stolen gold. Marhsall figures only the pack can bring him Chow, as Alan is the only person the Asian fugitive has been in contact with when he was in jail.

Before I watched Hangover 3, I already had a few “warnings” from my friends that this installment’s going to be different from the first two. I’m still undecided whether I was disappointed or contented with the franchise’s dissimilar approach to the trilogy’s finale, but thing is I was looking forward to Hangover 3 to once again experience the Wolfpack’s hilarious adventures at a grander scale. I didn’t get what I was expecting because this instalment used a different formula but hey, I would also have to admit that I had some good fun watching it.
If you’re looking for the usual hangover recipe where the Wolfpack goes on YOLO mode after an epic (I wanted to say “unforgettable” but nah) night of drinking and getting high, I’d tell you right now that you won’t see it here. I was watching the movie anticipating when they would all get crazy drunk and wake up to all sorts of hilarious craziness and having no idea how or what they did to get where they are. Sadly, Hangover 3 didn’t revolve around this premise, but I won’t go so far as to say that they never got drunk or high in the movie *wink wink*.
Hangover 3 had more than a few references to its predecessors, which is why you might probably have more fun watching it if you’ve seen the first two films. The film had some flashbacks and mentions of things that happened in the earlier movies. I guess this was the filmmakers’ way of making the movie a bit more sentimental and reminiscing given that this was supposed to be the last one of the series.
What made Hangover 3 enjoyable in spite of it going on a different course from its older siblings is that it utilized different forms of comedy in manufacturing the fun. There’s word play, character comedy, dead pan, and the occasional slapstick. The unpredictability of where the fun is going to come from is basically what made this film loveable.
Zach Galifiniakis and Ken Jeong were undoubtedly the stars of the film. Zach owns every scene that he is in and the movie would have sucked big time without his character. Ken on the other hand, was the usual crazy Asian dude he has always been and his character still works every time. Ken has found his own niche in Hollywood that would be really hard to fill-in. 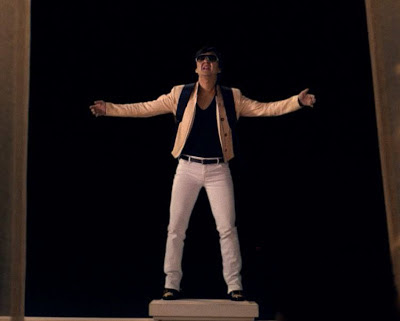 Hardcore fans of the Hangover franchise might be a little frustrated with how the finale turned out. But for someone like me who just wanted to watch it for the fun, I can still say that the movie was entertaining, it’s just that I didn’t get the fun that I was expecting. But don’t feel blue just yet. In the post-credits (yes, there is one!), we are shown that the Wolfpack’s adventures may not be over yet!
Credits to all the images used in this post go to their respective owners and the Hangover 3 Facebook Page. I do not own these images. No copyright infringement intended.