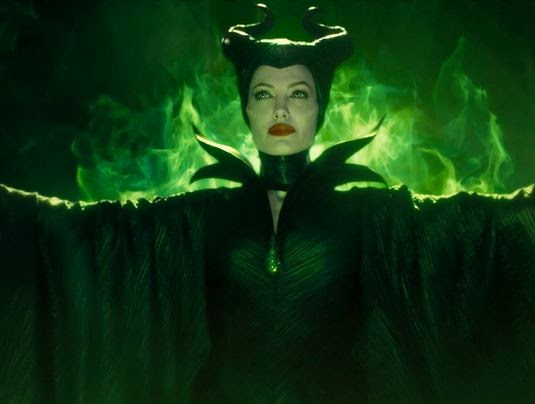 Anybody else who was expecting more from Maleficent?
Admittedly, I wasn’t my usual self and I didn’t get to watch this much anticipated movie on the first day of its screening, which is why I got to hear a lot of eager feedback from friends who have seen the film before I did. The initial comments were “must-see!” and “it’s a tear-jerker!” but really, I didn’t find anything special about it other than it’s a fairytale retold with Angelina Jolie in it.
Two lands once existed which were so different from each other that it was said that the only thing that could bring them together would be either a great hero or a wicked villain. One was a kingdom of folks like you and me – humans ruled by a King who were always envious of their neighbours. The other was a land of magic called the Moors – where fairyfolk and enchanted creatures lived peacefully, not needing a king but relying instead on their trust on each other. One day the humans dared to venture further and managed to steal the wings of Maleficent – the strongest of the fairies and protector of the Moors. Enraged, Maleficent is now driven by vengeance, and laid a curse upon the newborn baby of the new King, who she once loved but only reciprocated her feelings with treachery.

I’ve mentioned in one of my earlier movie reviews that Hollywood seemed to be running out of creative juices and just started recycling classic fairytales, adding some sort of twist on it to make the idea look original. But seriously, retelling fairytales from a different angle has become a trend lately that one couldn’t help but consider that these are really just lazy ideas that are hopeful of translating into a blockbuster. Snow White and the Huntsman, Hansel and Gretel, and Jack the Giant Slayer are some cases of fairytales retold by Hollywood, and now Maleficent was added to the list. The idea of giving these bedtime stories a dark, contemporary approach felt exciting at first, but Hollywood is now overdoing it that I’m starting to get tired of these fairy tale remakes.
I wouldn’t have had a problem with it if only the execution of the “retelling” was effectively done, just like how Christopher Nolan repackaged Batman as The Dark Knight, or how he transformed the psychology of the Joker from comical to maniacal. The problem with these rehashed versions of classic fairytales is that they felt like they were made different just for the sake of creating something different. Maleficent for example, is being marketed as “Sleeping Beauty from the perspective of the Villain”, which would have been good however, the movie turned to be an entirely different story, only borrowing some elements from the said fairytale.
But then of course, this is an Angelina Jolie comeback movie, and her name on the movie poster should be enough reason for you to consider this as your date night film. Admittedly, with the wobbly plot and amateur SFX aside, Maleficent did have its highlights. Angelina Jolie was so into the character that it becomes hard to imagine it being portrayed by someone else. The rest of the lead cast also delivered good performances, although none of them of course, upstaged Angelina, or the baby Aurora for that matter. It has an appeal towards the kids and it is undoubtedly a family movie, although I don’t know how the parents will explain to the kiddos why Aurora didn’t seem to care that her daddy died a horrible death, or why she seemed to easily get away with talking to strangers.
I’ve heard there’s gonna be a Cinderella movie next year. I wonder what kind of twisting they’ll do to that one.

Credits to the images and videos used in this post go to “Maleficent” and/or to their respective owners. I do not own these materials. No copyright infringement intended.
Geoffrey Ledesma