I also have my own share of social media horror stories, but these don’t involve vengeful spirits taking over memorialized Facebook accounts or chatting with dead people over Skype. Mine is less dramatic, like clients seeing your rants on Facebook or PR nightmares  of ad agencies. I’m telling you, sometimes these can be as scary as having your dead girlfriend send you an FB message. 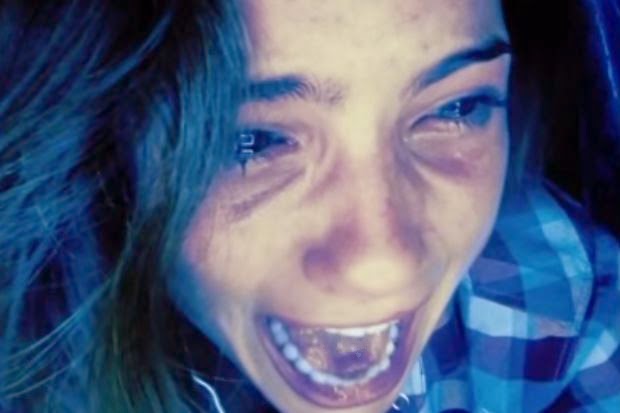 A high school student named Laura Barns committed suicide after being cyber bullied because of a video of her that was uploaded on Youtube. A year after her death, her childhood friend, Blaire Lily, received mysterious messages from Laura’s Facebook account, making her think that it has been hacked. Things became more suspicious when Laura’s Skype account joins Blaire’s Skype call with her friends. They all think this is just some hacker messing with them, that is, until somebody dies.

I have to say that Unfriended’s premise is refreshing and innovative in a sense that it took a new and different angle (pun intended) of the Found-footage genre. Just when we were getting tired of the wobbly, “amateur” recordings and blurry CCTV videos of the usual found-footage films we know, Unfriended comes along and offers us a screencast of the events that transpired  – instantly taking care of the dizziness and all the eye-squinting  that we experienced with Cloverfield and Paranormal Activity. It’s brilliant yet so simple that you ask yourself why anybody hasn’t done of this before. 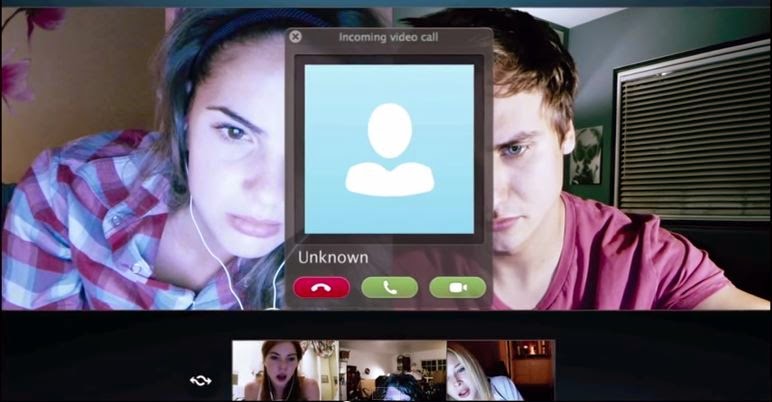 The whole film is basically a screencast of what the main character does on her computer. It feels so new to me because instead of changing the settings for each scene, what we have is a change in the social media platform being used, and the audience is transformed into one huge stalker that hovers over the characters – lurking and observing their online behaviors.
Of course we don’t use just one form of social media here. A lot of platforms get showcased (Facebook, Instagram, Spotify…even Chatroulette!), and the film effectively uses the features of these media to create scenarios you would wish that you don’t experience when you go online. I loved the creativity of how technology and the internet was used here, which was at some point was also kinda funny, like how the “ghost” terrorized the characters by posting pictures that they would rather not let their mother see. The reactions of the characters after knowing each other’s dirty little secrets were also lol-worthy.

However, if we talk about how the film does in the scare-o-meter, I’d probably shove it next to the pile of teen-slasher films that are just meh material. Don’t get me wrong – it’s gripping when you’re still watching it and the way it showed only snippets of the killing through the webcam was actually pretty effective. Thing is, it’s not the type of horror film that’s gonna keep you awake at night, or keep you away from Facebook for that matter. And I’m telling you, the ending is one of the biggest disappointments I’ve seen, that it feels like the filmmakers eventually got lazy in the end and just thought of something to get the whole thing over with.

Overall, it was a decent enough movie for date night – not terrifyingly scary but entertaining enough. It isn’t a long movie (less than 2 hours), which was okay because I don’t think I can stand watching what a person does on her computer for more than 2 hours.
Oh, I forgot to mention that we also found this Laura Barns Facebook page that sort of gives tribute to the character. I don’t know if this is official but based on the posts, it looks like those who send the page messages on FB receive disturbing replies. Wanna try it out? I don’t have the guts to do it..haha.

Credits to the images and videos used in this post go to “Unfriended” and/or to their respective owners. I do not own these materials. No copyright infringement intended.