Total
0
Shares
0
0
0
The new franchise from Star Wars really made me anxious. After what happened with the prequels, would there still be a way to fix this franchise? To sum up my impression of The Force Awakens, it’s a more contemporary version of the first Star Wars films, mixed with a little bit of Avatar: The Last Airbender. 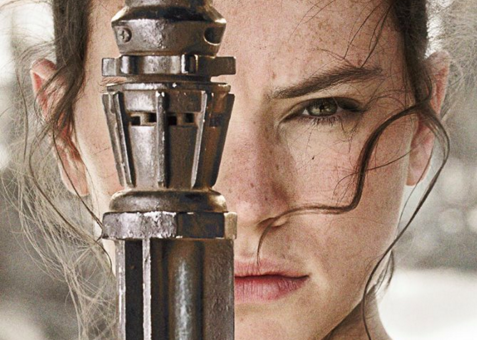 JJ Abrams said that he wanted the new Star Wars to feel like the original, which he absolutely achieved. A hero (heroine) who lives in the desert; a droid that has vital information; there are Nazis in space (this time complete with the Nazi salute); a “death planet”, called Starkiller Base, which is an homage to the original Skywalker name; a Cantina scene; and fibnally, people with serious daddy issues – yep, it definitely felt like the original trilogy. At a point I found it funny that the plot was strangely similar to the first movie, but they made up for it with a few additional details.
The stormtroopers are now more than just one-dimensional cardboard cutouts. They can aim at a target (and hit!), and with the character of Finn, they were actually humanized and it’s nice to see that they’re not just mere clones of Jango Fett. Also, one of them was actually Daniel Craig! I guess everybody wanted to be in this movie, no matter what role it takes.

One of the major plot lines of the saga is how a good man becomes bad. Now, they have a character who went from being bad to good. It’s refreshing and well executed by John Boyega as Finn. Even though he’s been a stromtrooper as far as he can remember, he manages to have a sense of humor, and can actually think for himself. There are actually people under those masks.
Rey is Luke Skywalker as a girl – the new Jedi in the block with a mysterious past. Who were her parents? It’s too early to tell, people can only assume at this point, but Daisy Ridley gave a straight-forward complex performance. She also looks like Keira Knightly who was a doppleganger for Natalie Portman’s Queen Amidala. Maybe this is no coincidence for her storyline. 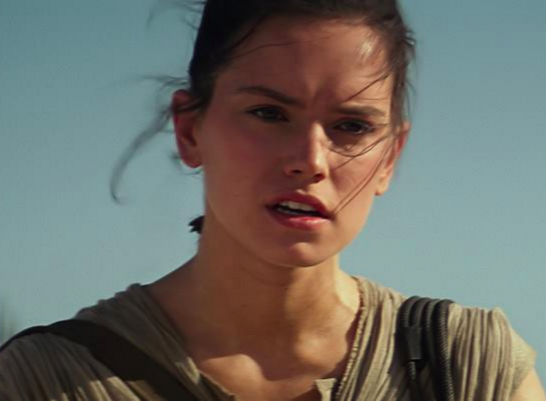 Another memorable character is Poe Dameron is the star fighter pilot of the resistance. He doesn’t have much scenes, but Oscar Isaac did manage to work well with a character that has little screen time. His storyline became quite dragging in the end, but  it’s fine I guess since it seems like his character’s purpose was to give more emphasis on the squadron of fighter pilots from the original.

Kylo Ren is a much better version of Anakin Skywalker. He’s an insecure apprentice and as angsty as Vader, but at least he doesn’t whine so much about it – he actually deals with it like an adult. They both have daddy issues and are torn tween the Light and the Dark side, It’s been three generations already, and they’re still wondering about becoming good or bad – these guys make me not to want to become a Skywalker. Kylo Ren’s use of the force is much more visually intense, and his fighting skills with the lightsaber gave me chills and is enough to convince me that this guy is actually crazy!

I didn’t cry like most people. The only part that excited me as if I were a child was seeing the Millennium Falcon. It was referred to as a piece of junk back in Episode IV, and was still called garbage in Episode VII, but works like a beauty nonetheless. It’s pilot, Han Solo still has his boyish charm inspite of being old, although if you ask me, I’d much rather watch him all over again on Empire Strikes Back. The only thing I have a problem with was the ultimate villain, Supreme Leader Snoke. I felt like I was watching a Nickelodeon movie whenever his scenes would come up. He’s, probably, a tiny chiselled-face alien. I hope he gets overthrown by Kylo Ren in the next film.

It’s only been the first movie of the new series, so I can’t say much about the story yet. The story of Star Wars is meant to be understood as a whole saga rather than just one chapter. Hopefully, its plot will be as riveting as Empire Strikes Back and Return of the Jedi(I didn’t have a problem with the Ewoks). Also, please put in some more of John Williams’ score! His score was one of the good things of the prequels, and contributed to the success of the saga.

Credits to the images and videos used in this post go to “Star Wars Episode VII: The Force Awakens” and/or to their respective owners. I do not own these materials. No copyright infringement intended.
Total
0
Shares
0
0
0