Admittedly, I was clueless about the The Man from U.N.C.L.E. TV show, since I was born a few decades later after it’s first episode. If it weren’t for Henry Cavill’s name on the posters, I wouldn’t think about checking it out in the first place. The first thing that came to my mind was “how swanky”! Well, this is a Guy Ritchie film, after all. 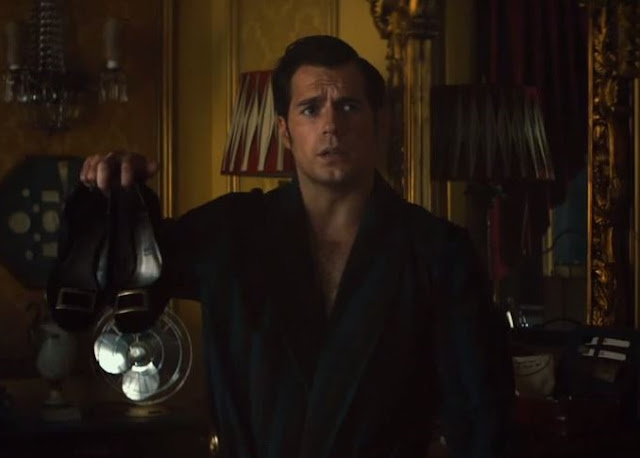 Set in 1963 during the Cold War, CIA agent Napoleon Solo (Henry Cavill) was tasked to track down Gaby Teller (Alicia Vikander), to get clues about the location of her missing father, who also happened to be a valuable Nazi scientist. Apparently, Mr. Teller fell into the hands of the Vinciguerra shipping company, who;s planning to use him to create their own nuclear weapon. Of course, the US isn’t happy about it, and it would seem that their Cold War nemesis is in on it too, as they went ahead and sent their best, KGB agent Illya Kuryakin (Armie Hammer) to handle the case. Solo, Gaby, and Illya must now work together to stop the Vinciguerra group from completing an atomic bomb.

The Man from U.N.C.L.E. Trailer

The plot is quite simple and predictable. Nuclear weapons were, and still are, the main focus of the Cold War, so, it isn’t a surprise that the conflict would have something to do about nukes. What caught my interest is having US work with Russia, primarily because this “twist” felt like a fresh idea during the 60’s. Sadly though, there was nothing special about the script, and the supposedly funny banter between Solo and Kuryakin about their motherlands dragged the story for the first forty-five minutes.
But what the characters lacked in their dialogues, they made up for with their flair and charm. It was high-class swanky, and everybody looked so sleek and trendy, that I thought that I wouldn’t mind if we bring back the style of the 60s. Henry Cavill looked so dapper in his tailor-made suits that I wish his character were real (this makes it fun for the girls), and Armie Hammer’s perfect Russian accent only added to his irresistible appeal.

In true Guy Ritchie fashion, what sets the film apart is the barrage of action sequences as we get to the climax towards the end of the movie. It builds up the excitement and sets up more mystery than it should, giving us one revelation after another and teasing us with twists just when we thought we have already figured everything out.

Straight from her impressive performance in Ex Machina, I was excited to watch Alicia Vikander again. She was able to keep up with the two leading men, and in spite of the predictability of her character, she able to add more dimension to it. Not to be upstaged, the character of Victoria Vinciguerra (Elizabeth Debicki) also had enough style and authority, that it was easy for her to command attention from the audience. This is no complex character, but her graceful movements and piercing stares is enough to make this villain memorable – an ode to the evil bond girls.

5 Characters Who Could Feasibly Join The MCU

This is the type of movie which you may expect to be more appealing to men – It’s a spy film; has cheeky lines, guns, car chases, pretty girls, and action sequences. But then throw in two good-looking actors for the lead roles, dress them up, and you got an appeal for the female audience too. Guy Ritchie gave the right amount of chicness to a simple storyline with an execution that’s aptly reminiscent of the sixties. This movie didn’t make me go on and on about how good it was, but I liked it, and it was memorable enough. The only thing that made me feel really bad was that I didn’t spot David Beckham’s cameo. Oh, Hugh Grant is in it too.

Credits to the images and videos used in this post go to “The Man from U.N.C.L.E.” and/or to their respective owners. I do not own these materials. No copyright infringement intended.