Small but Significant: A Life of Pi Review 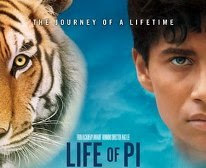 Wow. Just…wow.
I know it’s really late because Life of Pi has been showing for a few weeks now. I thought I’d just watch it and not make a review anymore because a lot of people most probably have already seen it. But as of writing, I have just finished watching the movie and my emotions are just too overwhelming to contain that I just have to write them down and let them all out.
I was about to continue reading the novel by Yann Martel, and I have just finished reading the part where the author tells how he met the subject of the story. But after I read that part, I thought this is so amazing I have to see the movie before it stops showing in the cinemas. So I closed the book for now and watched the film.

Life of Pi tells us the amazing survival and ordeals overcome by Piscine Molitor Patel, better known as Pi (played by Suraj Sharma as the 16-year old Pi in the film). I won’t be spoiling you but basically, the plot is he’s been in a shipwreck and eventually, he gets stranded in a lifeboat with a Bengal Tiger named Richard Parker (nope, I’m not telling you why the tiger’s name is like that, nor tell you why our main character’s name is Pi). From there, I’ll let your imagination run. 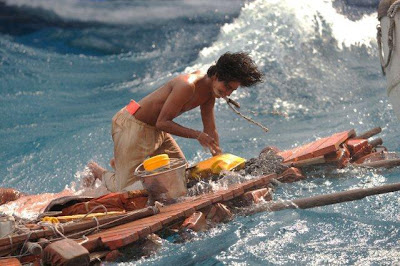 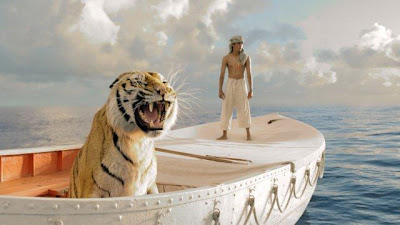 The plot is simple, and it’s not something we’ve not heard of before. Castaway, Lost, we’ve already heard a lot of shipwrecking and getting stranded stories. But that’s what’s amazing about this movie. The story is so simple yet full of emotions and life. The movie showcases a lot of things – hope, faith, love, courage, humour… it even feels magical and spiritual at some point.
The shots and scenes were very beautiful and they have very breathtaking cinematography. You would think that a movie like this would be boring because 90% of the scenes are set in the middle of the ocean but no, Ang Lee was able to take us to breathtaking sceneries. From the calm waters with the sunset as the background, to an aerial shot which shows the different and glowing sea creatures beneath the waters, Ang Lee was able to transform an ordinary “boat in the ocean scene” to an out-of-this world sight. The movie felt so huge and lifelike. I highly recommend that you watch this on 3D. Trust me, the movie would feel more magical than it already is.

*Something interesting for you (and a little bit of spoiler here): there was a part of the movie where Pi and Richard Parker gets to an island which happens to be “carnivorous”. After Pi discovers the island for what it really is, a shot of the whole island is shown. During that brief shot, I noticed that the whole island looked like a man lying on his back, facing the sky (the left side is the head). I couldn’t find a picture though. Creepy don’t you think?*
Suraj Sharma’s acting is also noteworthy. He is able to take you with him in the rollercoaster of emotions that his character has had since the shipwreck. He’s perfect for the role and his acting does not involve too much crying and depression – which would otherwise make the movie really bleak and sad instead of the feel-good movie that it is. Suraj can make you feel sorry for his situation, but not to the point where you feel bad and hopeless for him. In fact, there were also a few humorous parts of the movie. He’s charming, convincing and memorable. 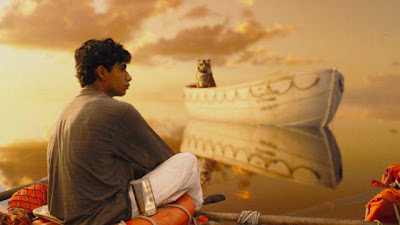 I have just added Life of Pi to my list of favorite movies. Yeah sure, it gets a little heartbreaking towards the end, but all in all, it’s a movie that will make you appreciate even the smallest things in life. After watching the movie, you might feel small, a tiny speck of dust in the greatness of the universe. But in spite of the feeling of insignificance, you’ll also feel special at the same time.
And yes, it’s a story that will make you believe in God.
I should start reading that novel soon.
Credits to the images in this post goes to the Life of Pi facebook page, including the Facebook pages for Life of pi India, NL and UK. I do not own the rights to these images. No copyright infiringement intended.