I don’t know what it is about the Wolverine and Hugh Jackman, but they seem to be getting a better share of exposure in the X-Men film series. Given that this is the second movie on the series that primarily features Wolverine and the fact that the setting will be in Japan, I was expecting for there to be a lot of slicing and dicing action in this one. However, after watching the movie, I realized I should have placed my expectations on a conservative level. 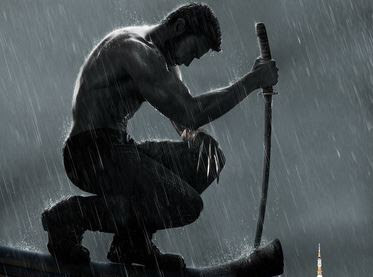 Set on a time after “X-Men: The Last Stand”, the film follows Logan aka Wolverine (Hugh Jackman) as he travels to Japan to fulfil the dying wish of a Japanese businessman named Yashida (Hal Yamanouchi) whose life he once saved during the Nagasaki bombing. He finds out however, that Yashida’s wish is not just to thank him, but also to give him an offer that would forever change who he is.

Talk about a movie that’s got samurais, ninjas, and Wolverine in it! Surely you would have expected this film to be action-packed and filled with adrenaline-pumping mutant action like I did, right? The movie however, turned out to be the type that’s more talk and less action. More time was invested on exposition and on Wolverine’s struggle with his immortality and issues with his past. The whole film felt like a spinoff of a larger storyline (which it probably is), an episode of a good story instead of it being a great story in itself.
I’m not saying though that you won’t find some exhilarating action in here. The choreography of the action sequences was actually impressive, and we get to see a lot of swordplay fun that can make you hold on to your seats. The train-chase scene that we’ve been seeing a lot in the trailers was the most memorable – it was beautifully done that it stands out from the typical “on-top-of-train” face-offs that we’ve already seen in a lot of movies. Thing is, we don’t get as much of these fight scenes as what we would have wanted. I was eagerly waiting for the bad guys to surprise us every now and then for some intense ass-kicking, but the film just gave them to us on small servings, worse, on expected moments. No surprises on this one. 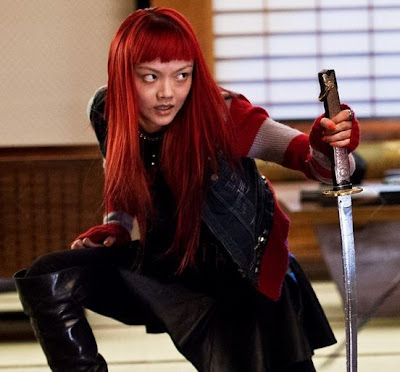 I was also disappointed with how the story depicted the Silver Samurai. Okay I know we’ve seen a preview of what he will be in the trailers, but the way that “he” turned out to be is as outrageous as making the Mandarin a phony in Iron Man 3. Let this be a warning to all hardcore Marvel comic-book fanboys.
Seeing Hugh Jackman in this movie just made me more depressed with how aging has failed me. Man, this guy is gets better with age! I can imagine a lot of ladies freaking out deep inside whenever he overwhelms the screen with his rock-hard abs and screaming pecs. The best thing about his performance in this film (and in the other X-Men movies he has done in the past) is that he actually has as much substance as he has form. He gives us the Wolverine at a complete package, from the character’s internal struggle to the perfect physique. Now I couldn’t imagine any other actor portraying this role.
The Wolverine served well as reinforcement to the character’s background and development. However, that’s the only purpose that it served. On its own, the movie felt like a mediocre super-hero movie, an arc episode to a longer series.
An oh, don’t leave your seats right away when the credits start to show. There’s a post-credits scene where you’ll get a quick preview of “Days of the Future Past”. Believe me, it’s going to be worth the wait, it actually got me more excited than the rest of the film.