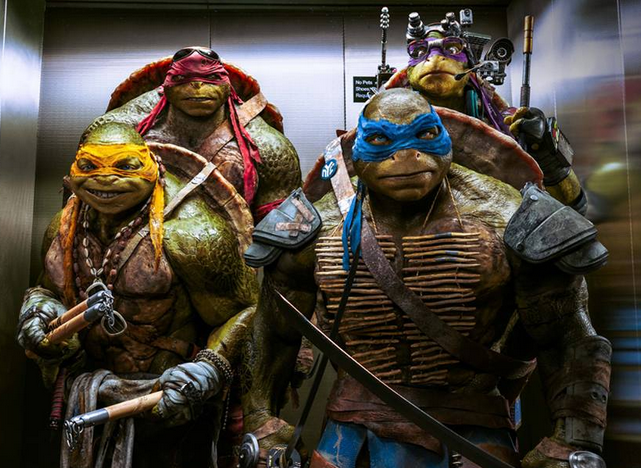 I didn’t know the Ninja Turtles through the comics, but I practically knew them from cartoons and computer games when I was a kid. I still remember the good ‘ol times when I would dutifully blow away the dust from the computer game cartridge and excitedly plug it into the SEGA player. Oh how I miss the Cowabunga and Pizza Power days.
A criminal group called the “Foot Clan” has been terrorizing New York City, and Channel 6 reporter April O’Neil is determined to find out what’s behind the organization’s schemes. During her investigation, she was surprised to find out that vigilantes are fighting back against the clan, but what’s even more surprising is that these vigilantes aren’t humans, but mutant turtles…who are also ninjas. Just when she thought that things couldn’t get any crazier, a new nemesis appears, and it’s now up to the turtles to thwart the Foot Clan’s plans and save the city.

Two things gave me a hunch that this movie’s going to be a disaster: Michael Bay and Nickelodeon. This definitely wasn’t a good movie to follow Bay’s Transformers: Age of Extinction. Okay I know that the Transformers franchise still manage to do well as a blockbuster, but Bay’s version of Teenage Mutant Ninja Turtles is bound to be a flop with how good they were at ruining the well-loved mutant ninjas. And Nickelodeon. Do you even remember a Nickelodeon movie that you wanted to see again?
The film has Michael Bay written all over it. The failed attempts at humour (the depiction of Michael Angelo is a sorry excuse for comic relief), the unnecessary explosions, the Transformers-ish armor of Shredder, and of course, Megan Fox running around and sticking her nose where she’s  not needed. This Michael – Megan tandem HAS TO STOP!
What’s even more sad about this TMNT movie, is that the new generation may not be able to appreciate these badass turtles as much as my generation did (you have no idea how much it pains me to admit that I’m already an adult). The different storyline is still forgivable (the turtles had a different origin in this movie VS the comics/cartoons), but the grotesque depiction of the turtles was just a mess. All four of them have lost their charm because of the poor script and character development, not to mention their weird looks. If done well, I would have imagined kids picking who their favorite turtle is and wearing their masks – but NO, the depiction of the mutants are most likely going to give nightmares instead of fascination. 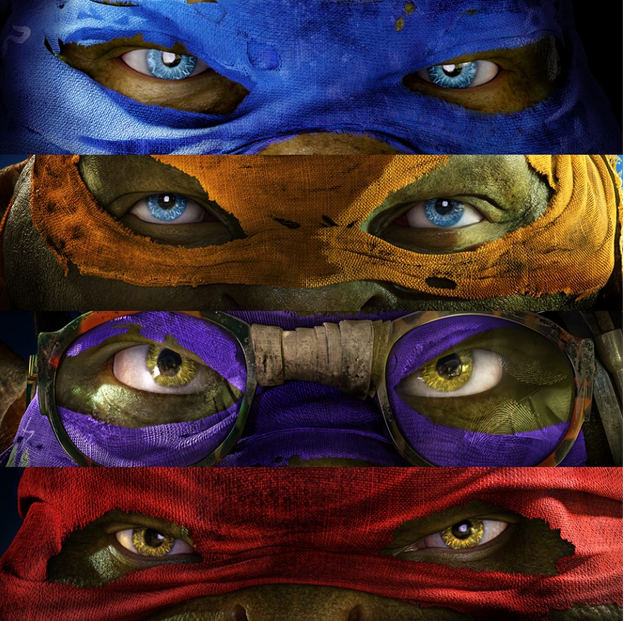 Did I already mention the predictable plot? Oh if not yet then please allow me: This movie’s plot is as predictable as knowing that Michael Bay probably banged Megan Fox in exchange for starring in one of his films again. Everything about it was so typical, foreseeable, and convenient – like how Master Splinter just so happened to conveniently find a Ninjutsu booklet in the sewers, or how April O’Neil so conveniently related the mutant turtles to the ones she had as pets. It’s easy to tell who the bad guys really are, what the plot twist will be, and what will ultimately happen in the end that you start wondering why you had to watch this movie in the first place.
The so-so action did not help in neutralizing the poor script, poor acting, and poor casting of Teenage Mutant Ninja Turtles. If a kid asked me why I loved these characters when I was younger, I would have to show him the old cartoons to defend myself. Way to go in ruining another classic, Michael Bay.

All the images, videos, and materials used in this post belong to “Teenage Mutant Ninja Turtles” and/or to their respective owners. I do not own these materials. No copyright infringement intended.