Now that we’ve all gotten over the “Mayan-end-of-the-world” craze, we can start looking forward to the much anticipated things in 2013, like product expiration dates and more overpriced Apple products. But much more than these, I wasn’t very excited about the Mayan apocalypse because there are tons of cool movies to watch out for in 2013. And what better movies to watch out for to celebrate the continued existence of planet Earth, than those which are about the ones who save it?

This list is about the  movies about superheroes (in no particular order) that we should watch out for on 2013.

Just when you thought that The Avengers is the epic finale to the series of movies about individual Marvel Superheroes, here comes Iron Man 3. This time, Tony Stark confronts his oldest enemy in the comics – The Mandarin. In case you’re not that much of an Iron Man fan and you don’t know the Mandarin, he’s an evil antagonist of Asian origin wielding ten powerful rings which he found in an ancient alien spaceship. Each ring is able to give it’s wearer a unique ability, which pretty much makes the Mandarin ten super villains in one. Ben Kingsley will play this role in the movie, which met a little bit of criticism since as I’ve mentioned, the Mandarin is supposed to be Asian. 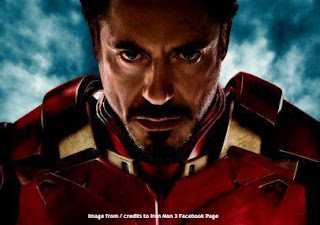 Let’s cross our fingers and hope that this one comes out right as the first Superman films are not really that memorable. Good news is Christopher Nolan will be producing this film, so we can raise our expectations a little bit and hope that this is going to be as epic as the Dark Knight trilogy.
And it looks like Superman will be having a fresh start in this film as well. It will be about how Clark Kent becomes Superman – from trying to fit-in as a normal human to confronting General Zod. I know, I know, we are all too familiar with this plot and we can more or else guess how it would all end. But hey, have you seen the Man of Steel poster? We see our hero in handcuffs and escorted by guards. Handcuffs…now that’s something unexpected.

Let’s see what’s keeping our hero from breaking those chains and beating the crap out of those guards on June 14, 2013.

8. The Wolverine
I don’t know what it is about the Wolverine but I’ve been seeing Hugh Jackman in almost every X-Men movie that I can remember. When X-Men Origins: Wolverine came out, I thought they’re going to have a back-story movie for each of the major members of the X-Men. Why the Wolverine has been having the lion’s share so far beats me, but hey, as long as each movie involves awesome fight scenes and new mutants with equally awesome powers, I don’t mind how many Wolverine movies they make.
I’m sure you also won’t mind seeing another Wolverine movie, especially one that’s set in Japan, involving a Yakuza crime boss and badass samurais. Talk about so many blades, I’m looking forward to a lot of slicing and dicing in this one.

7. Thor: The Dark World
There has only been one Thor movie so far so I guess we can let them have another one. Plus, there have been some unresolved issues in the first Thor film. First, we don’t really know how the Thor – Jane Foster love team turned out, especially that we didn’t really see him visit her in the Avengers. Next, there were a lot of undeveloped characters in the first movie. And third, much of what we have seen about Asgard is just a floating kingdom with a fancy rainbow bridge. Surely, there has to be more to this realm, right?
I think I’m starting to sound a bit geeky but there’s a lot of reason to be excited about the second movie. This includes dark elves and a mission to save all nine realms.

6. Kick-Ass 2
When I first saw Kick-Ass’ (the first one) posters I initially thought that it’s going to be lame but after seeing the film, I now think that it definitely lived-up to its title! And after learning about the plot of its sequel, I can confidently say we can expect some more ass-kicking fun!
Our unlikely hero Kick-ass joins forces with the superhero group Justice Forever as the Red Mist – now known as the Mother F***er – tries to hunt them down with his own group of super villains. More superheroes mean more action and more fun! All while our heroes Kick-Ass and Hit-girl confront their own high-school issues. Now what can be more terrifying than that?

5. All Superheroes Must Die
Now that’s not a very optimistic title, is it? But still, this will be one of the first Superhero movies we’ll be seeing on 2013.
Four superheroes find themselves in an abandoned place, stripped off their powers by their arch-nemesis. They must now overcome a series of obstacles and challenges to prevent the death of innocent lives, and even their own. I’m pretty much optimistic about the plot and I’m also looking forward to know if we would actually be seeing superheroes die in this movie.
Apparently, the movie is expected to be released internationally on January 4, 2013.
4. G.I. Joe: Retaliation
I was a bit hesitant about including this movie in the list since the main characters here don’t really have otherworldly superhuman powers. But super skills still count in being called a superhero right?
The Cobra Commander is back! And this time, he has the world under control with his advanced weapons threatening innocent lives. And with action superstars like Dwayne Johnson and Bruce Willis at the helm, we can expect a testosterone-filled, action-packed movie. And don’t worry ladies, you can still drool over Channing Tatum as he is coming back as Duke in this movie.
G.I. Joe: Retaliation is set to be released on March 29, 2013.

Another entry where our hero doesn’t have otherworldly abilities but relies heavily on his amazing skills, The Lone Ranger deserves a spot on this list as he has already become an icon in old west heroism.
Plus, Johnny Depp is in the film. Not as the Lone Ranger though but his spirit-warrior buddy Tonto. I don’t know why he’s the chosen actor to play a Native American Indian, but Wikipedia says that this is going to be an action / comedy movie so I guess he’ll do well in the comedy part.
See also
geoffreview·
Movies
·August 17, 2014


Whoa, a movie about the Flash! We’ve had so many Batman and Superman films that I’m sure I’m not the only one itching for a movie about the other members of the Justice League. Unfortunately though, much about what we know about this film (and also the one in the next entry) is from Hollywood rumors. We may have to look for more sources about this one to verify the rumors that it will be released on 2013. You know what our teachers say about Wikipedia.
According to The Flash Wiki, we’ll see in the film how Barry Allen becomes the Flash and we’ll also see him confront his first enemy – Captain Cold. Personally I think this is a good plot since this will be the first Flash film we’ll see. Plus, there’s reason to expect that this is going to be one of several movies about DC Superheroes which will ultimately lead to a Justice League movie. Yay for that!

Now who wouldn’t want Wonderwoman to have her own movie? Hot lady in a sexy outfit doing amazon-ish fight scenes – now that is a movie to see! Much more than her good looks though, it would be really refreshing to see a woman this time saving our planet from the bad guys.
The film though is still under development so we can expect a lot of changes, including the release dates. But it was initially rumored that we’ll be seeing Wonderwoman on the big screen on 2013, so there’s still reason to hope we’ll be seeing her flying around soon.

So they you have it! The Superhero movies we have to watch out for this year. I’m really crossing my fingers for The Flash and Wonderwoman. And hopefully, a Justice League movie soon?