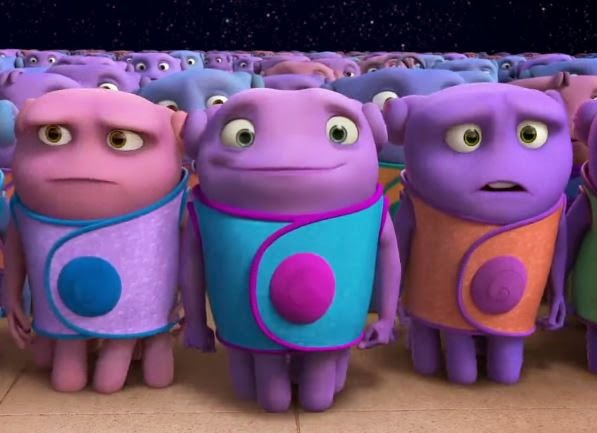 Not a lot of films get to make me do this but I’m currently having Home’s soundtrack on repeat on my laptop. This beat is making me want to put my hands in the air like I just don’t care!!!….Ugh, you’ll get me when you’ve seen the movie. 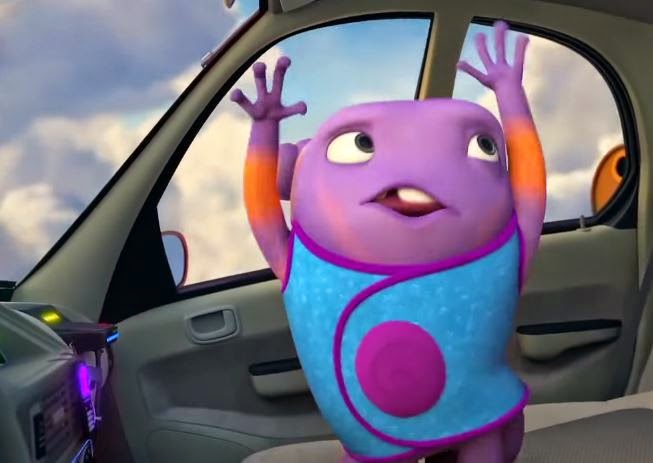 In an effort to get away from the fearsome Gorgs, a cowardly alien race called the Boov have executed a “friendly” invasion on planet Earth, relocating the human natives and taking the rest of the planet for themselves. However, a girl named Tip gets left behind, and with the help of a Boov misfit she has befriended called Oh, she must now find a way to reunite with her mother by finding out where the Boovs have taken her. They soon develop a friendship that is like no other and together, they find out what and how it really feels like to find your home.

It was the humor that this film won me with, and that’s coming from someone  who usually just makes a few grunts and smiles at comedy movies. It wouldn’t win an award for its script but Jim Parson’s performance elevated the screenplay to a whole new level making its charm appeal not only to the kids but even to those who are already having their quarter life crisis *ahem*. He was able to give life to Oh’s adorable character in such a way that made him look clueless but a know-it-all at the same time, effortlessly making him an animated alien version of Sheldon Cooper. 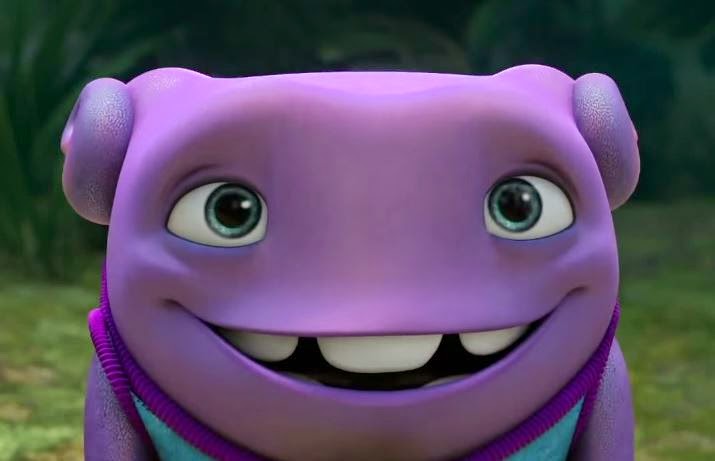 Frankly, it was really Jim’s performance that made the film as fun as it is. Without it, the predictable plot would be exposed, and not even the lovely animation or the LSS-inducing soundtrack can compensate for the typical “weird friendship” storyline. 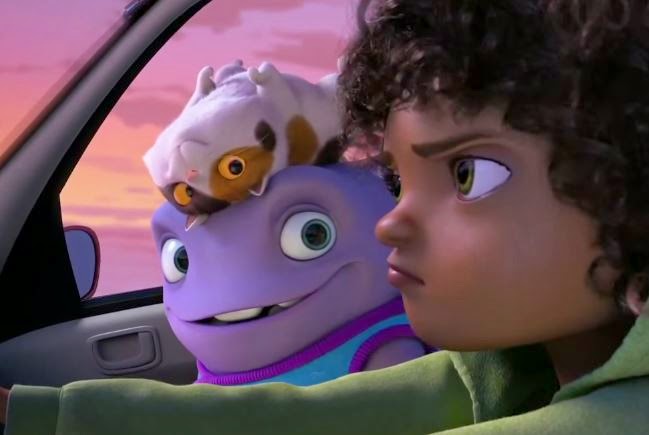 Speaking of the soundtrack, I’m so into the pop / clubbing-ish music that we had in the film. I especially liked Drop That by Jacob Plant, giving me a beat that made me want to…well…throw my hands in their like I just don’t care. The songs were good but I kinda got turned off by the overkill of Rihanna – there’s too much that at some point I was thinking if this was really some sort of vanity film for her.
Home was a cute, adorable film with a plot that’s a bit too kiddy but with a humor that even the “adults” like me can appreciate. I had a great time seeing it in the cinema, but not because of the good story, but mostly because it’s fun to hear Sheldon Cooper’s voice from a purple alien.

And oh! Many thanks to a psycho-cat owner for the tix! :O

Credits to the images, videos, and materials  used in this post go to “Home” and/or to their respective owners. .I do not own these materials. No copyright infringement intended.