Pain Personified: A “The Babadook” Review 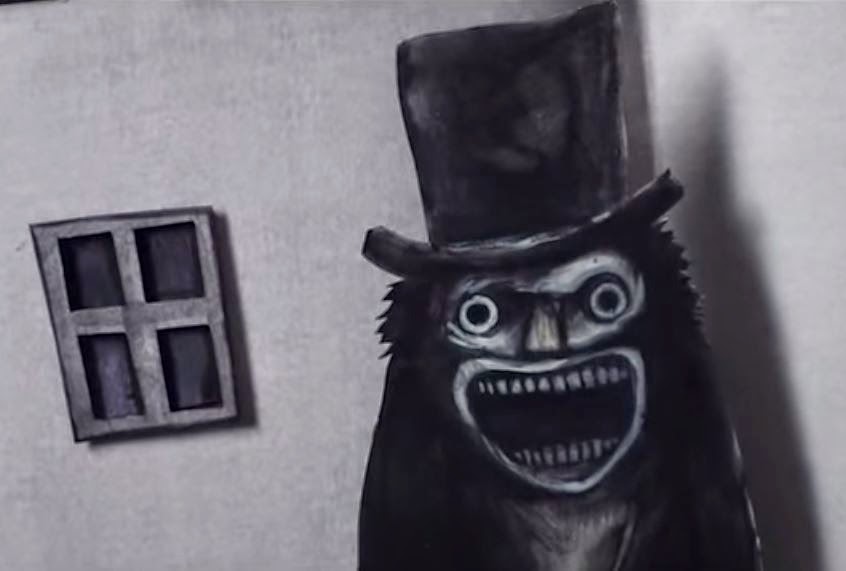 If it’s in a word, or it’s in a look, you can’t get rid of the Babadook.
I have my own memories and horror stories of Parediolia, especially when I was a kid and extra-imaginative. My mind would often make up terrifying figures in the dark out of random piles of clothes in my room, or see scary faces from black patches on our poorly-painted walls. Now that I’m older I just try to comfort myself by thinking that these figures were just imaginary…or at least I hoped they were. 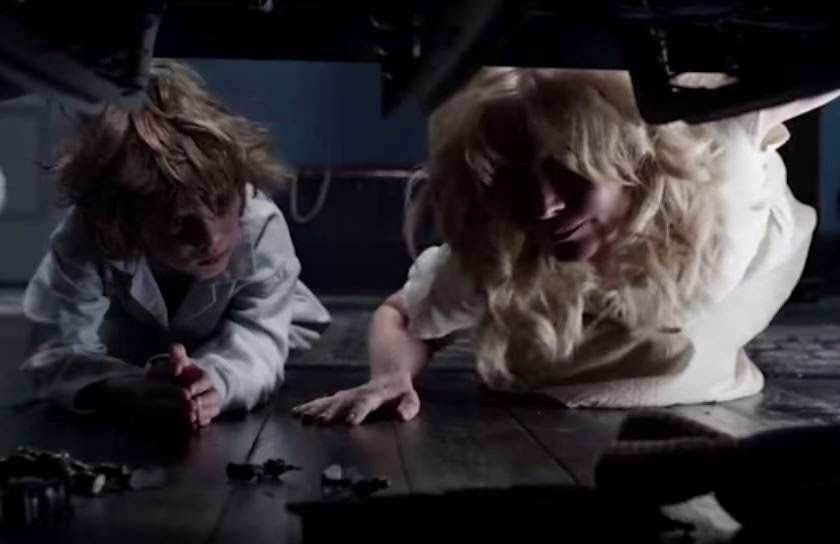 After the death of her husband, Amelia (Essie Davis) now bears the responsibility of raising their only child Samuel (Noah Wiseman) on her own. This has been quite a challenge because of Samuel’s unusual and sometimes violent behavior, which has gotten worse after he found a mysterious book about a frightening creature called Mister Babadook. Amelia dismisses this at first as one of Samuel’s efforts at getting attention, but things get serious when she herself also start feeling the Babadook’s presence and strange events start happening inside their home.

It’s been some time since I last saw a good horror film – the type that leaves you disturbed even after you have finished watching the movie, and gives you trouble trying to get a good night’s sleep without feeling paranoid about that scratching noise that you thought you heard outside your bedroom. The Babadookmanaged to get into my short list of favorite horror films – primarily because I had to keep the lights on in my room on my first night of sleeping alone after seeing the movie.

Monster of the Mind

The Babadook may be a film about a terrifying creature, but it’s not the type where the characters get chased around by a bloodthirsty killer, playing hide and seek with a being of death. The monster that we have here is one that is of the mind, and the horror that we experience in the film is mostly psychological. 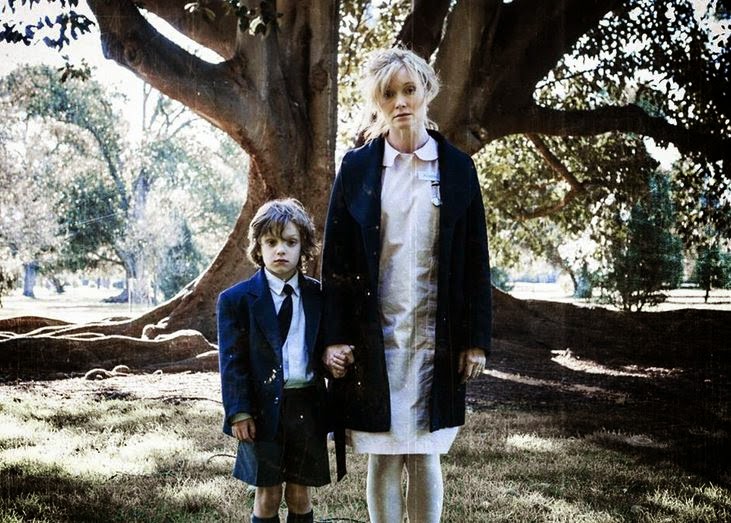 Much of the conflict in the plot is brought by Amelia’s struggle in being a single parent and the burden of bringing up her son given his introversion and violent tendencies. Not to mention that the film seems to imply that he has some sort of Oedipal protectiveness towards his mother. These two characters are colorful enough to move the plot forward, and Essie Davis and Noah Wiseman does a great job in portraying this peculiar mother-son relationship.

*Warning: Some spoilers ahead*
One of the things that my friends and I discussed after seeing the film was what the Babadook really is. Is it a real creature that is out to kill Amelia and Samuel? Or is it merely a product of our main characters’ messed-up minds? What we agreed on is that the Babadook is a personification of the psychological trauma experienced by mother and son  after the death of the family’s father. They both tried to bury and ignore the grief brought by the tragedy, and these started building up inside them until it became their own personal monster, haunting them and following them around like a stubborn memory of the past. 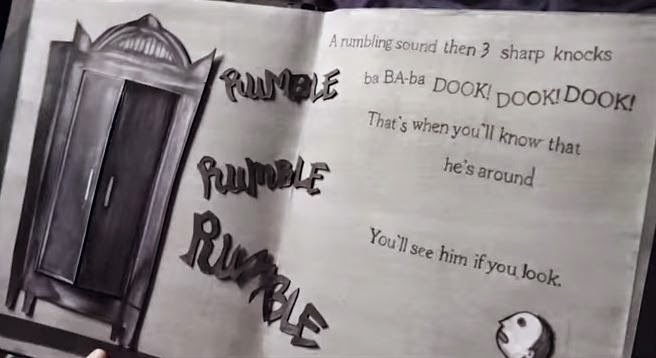 One of the most obvious giveaways that the Babadook is our main characters’ own creation, is the fact that Amelia used to write children’s books. She was able to mention this in the earlier part of the movie, which would support the possibility that she herself was the one who made the book about Mister Babadook, which mysteriously appeared inside their house. When she goes to the police to report the disturbances, we also see that her hands are dirty with some black material. It makes sense when you realize that the illustrations in the Mister Babadook book seemed to have been drawn with charcoal. We can also theorize that the reason why she feels so tired every time she wakes up in the morning, is because she unconsciously gets up late every night to draw and write the book. Of course, she doesn’t remember this when she gets up the next day. 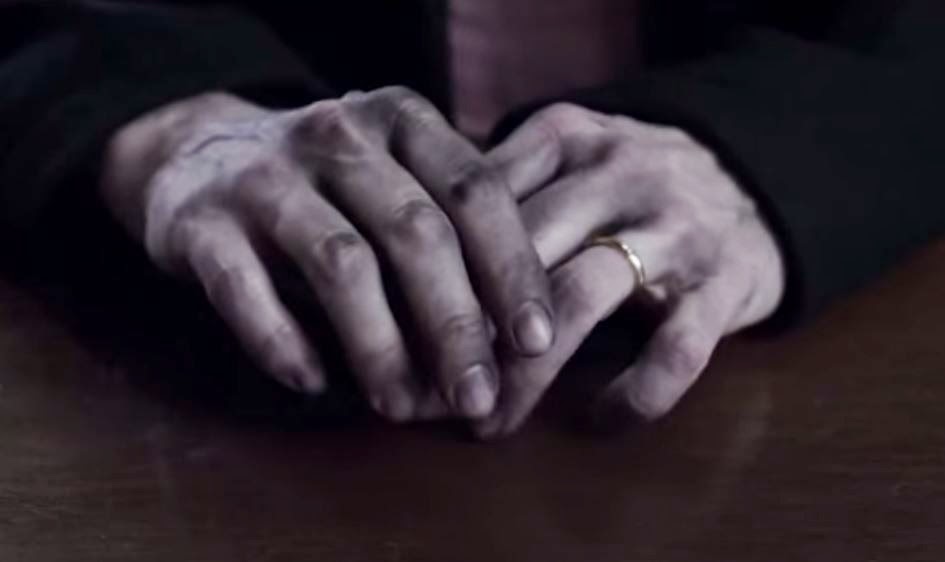 Towards the end of the film, we see that they kept the Babadook restrained at the basement – like some suppressed memory or dark secret hidden away in the deepest and darkest part of their consciousness.
Babadook works well as a horror film by feeding off our childhood fears of monsters under the bed, or ghosts hiding in the closet. Creatures which, just like Babadook, are our own creation. Well, at least I’d like to think of them that way.

Credits to the images and videos used in this post go to “The Babadook”, and/or to their respective owners. I do not own these materials. No copyright infringement intended.