Movies that you can catch for the rest of January 2014 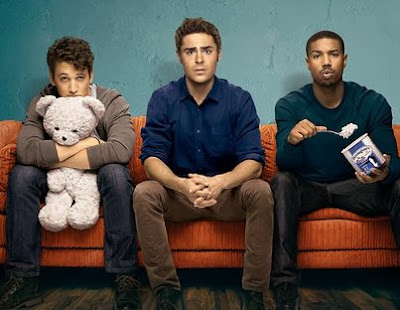 Truth is, the first movie that I had in mind to watch for 2014 is either Robocop or the Lego Movie (but frankly, I don’t know what to expect from these yet), which are set to be released on February.   But if you’re already itching to escape the real world even for just 2 hours, here are some of the notable films that you can watch out for with what’s left of January. A quick disclaimer though: just because they’re notable doesn’t mean they’re good.

Release Date (US):  January 17, 2014
After a mysterious, lost night on their honeymoon, a newlywed couple finds themselves dealing with an earlier-than-planned pregnancy. While recording everything for posterity, the husband begins to notice odd behavior in his wife that they initially write off to nerves, but, as the months pass, it becomes evident that the dark changes to her body and mind have a much more sinister origin.

Release Date (US):  January 17, 2014
Surly, a curmudgeon, independent squirrel is banished from his park and forced to survive in the city. Lucky for him, he stumbles on the one thing that may be able to save his life, and the rest of park community, as they gear up for winter – Maury’s Nut Store.

Release Date (US):  January 17, 2014
Fast-talking security guard Ben joins his cop brother-in-law James on a 24-hour patrol of Atlanta in order to prove himself worthy of marrying Angela, James’ sister.

Philippines Release Date:  January 29, 2014
Three best friends find themselves where we’ve all been – at that confusing moment in every dating relationship when you have to decide “So…where is this going?”
Since I fancy movies that are dark and about the supernatural (hey, no judging. I like cartoons too!), I initially wanted to see “I, Frankenstein”, but the SFX kinda turned me off. Some of my girl buddies recommended “The Awkward Moment”, but I have a feeling they really just wanted to see Zack Efron in another movie. How about you, which one are you gonna pick?

The synopsis of the movies were taken from imdb.com. Credits to the images and videos used in this post belong to their respective owners. I do not own these materials. No copyright infringement intended.