Love and Luxury: A “The Great Gatsby” Review 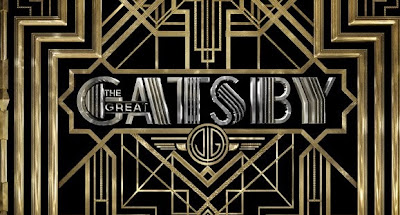 Leo seems to be going on a spree. He’s already had more than a few outstanding performances in notable movies this year that right now, I think whenever I’m going to see him in a movie’s poster, I’m surely going to watch it. Dude, have you seen Django? He’s just about as ruthless there as he is as charming in The Great Gatsby. He seems to be gravitating towards roles like these – filthy rich, authoritative, charismatic bachelor. This is exactly how he was as Jay Gatsby, with a little bit more on the filthy rich and charismatic parts. No wonder I heard a lot of girly giggles when I watched this in the cinema.
Based on American author F. Scott Fitzgerald’s novel of the same name, The Great Gatsby is basically a narration by aspiring writer Nick Carroway (Toby Maguire) of his story when he met Jay Gatsby (Leo DiCaprio) at New York City in the spring of 1922. Living right beside Gatsby’s castle, Nick realizes that Gatsby is interested in something about him, as he can feel Gatsby watching him through the windows, and even more when he becomes the first person to receive an invite to attend Gatsby’s lavish parties.  He finds out later that Gatsby’s interest in him stems from the fact that he is the cousin of his lost love, Daisy Buchanan (Carey Mulligan), who in turn was already married to Nick’s college buddy, Tom Buchanan (Joel Edgerton). Nick gets involved in the secrets and deceits of his friends’ affairs, and he witnesses the other side of the American dream he has been trying hard to chase. 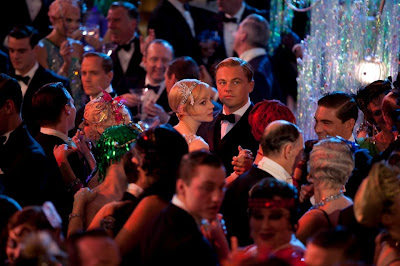 This film shows us the perfect example of elegance and class. Everything about the movie was embedded with sophistication and grace, as it tries to depict the lavish way of life of the upper class during the Roaring Twenties – an era known for its unprecedented economic growth. From the way the characters speak, gesture, even on the tensest part of the movie where everyone engages in a heated argument, nobody loses their flair.  Makes you want to jump right into the middle of their squabble so you can also feel good about yourself. All the elegance is further reinforced by the movie’s seemingly theatrical execution. The stylized environment, the synchronized movements, and all the spectacle is very reminiscent of theatrical presentation. 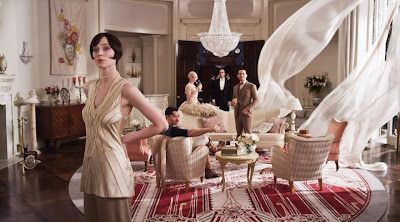 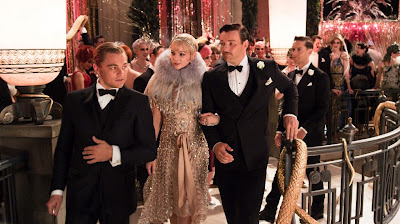 It fully captures the lifestyle and cultural power of the upper class during the period on which the movie is set. The film has done this so well that it’s not so hard to get drawn into the illusions and deceits of the filthy rich that the movie shows us. I say illusions because all the glitter that New York seems to be at the start of Nick’s narration slowly turned to decay as the movie progressed. Having said this, you can probably tell by now that the movie doesn’t really have a cheerful ending. 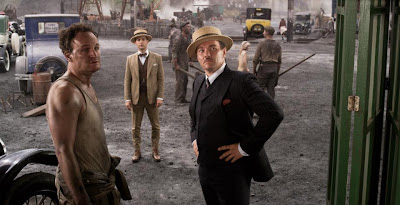 The cast was remarkably good. I already told you about how I admire Leonardo Dicaprio’s acting here but mind you, the rest of the lead cast didn’t let themselves get upstaged. Even Elizabeth Debicki (she was Jordan Baker) delivered an amazing performance even though all that she had to do was be chic and sophisticated. Toby Maguire though was just his usual self, although this was all he needed to be perfect for Nick Carroway’s role.
Okay I know that this is going to be a bit weird but I’ve had more than a few friends who’ve seen the movie ask me if there’s anything gay going on with The Great Gatsby. Some of them questioned the sexuality of some of the characters and asked if Nick Carroway is gay or if Jay’s got some homo tendencies. I can’t blame them really, all that peeping from the windows does have a bromance feeling to it, not that it’s a bad thing though. I did find some interesting excerpts of the novel about Nick Carroway being on the same bed as Mr. McKee, but personally I didn’t think that this element was needed in the film.
Ladies, you should watch this. After all those vampire movies, it’s about time you experience again what a real tragic love story is about. Well actually, Leo should already be enough reason for you. Man I should be better at ending these reviews.
Credits to all the images used int his post got to The Great Gatsby Facebook page. I do not own these images. No copyright infringement intended.