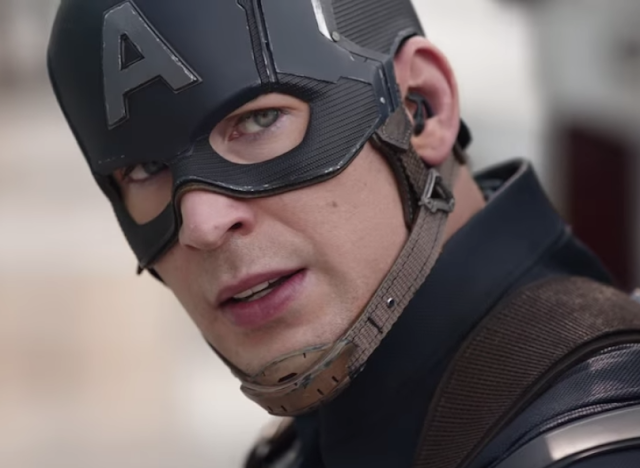 In what is essentially a third Avengers movie, Captain America: Civil War takes the playful banters of our favorite MCU heroes, into an entirely different level through actual physical combat. Apparently pitting the good guys against each other is a whole lot of fun!

Following the devastating events in Sokovia and a recent mishap in Nigeria where several innocent relief workers were killed in an attempt of the Avengers to stop a terrorist group, the United Nations has finally decided to step-in and proposed the passing of the “Sokovia Accords” – a registration act which would allow the UN to regulate the actions of the Avengers, and other humans or beings with extraordinary abilities.

Not all of the Avengers were enthusiastic about the idea of being monitored and regulated, which leads to a divide of this superhero squad into two opposing teams. The tension is heightened when the Winter Soldier, aka Captain America’s best buddy Bucky Barnes, allegedly bombs the building where the signing of the Accords is taking place. This convinces some of the Avengers, led by Tony Stark, that the Accords is needed now more than ever. Captain America though, senses that something more sinister is in the works behind the scenes.
This movie could never have been timelier – with the elections looming and creating rifts between friends who are now divided because of their presidential bets. Proof of this is that after seeing the film, I went on a heated discussion with a good friend about the necessity of the Sokovian Accords. He approves of the Superhuman Registration Act, which obviously places him on Team Iron Man. I, on the other hand, think that this would lead to discrimination and some degree of racism, and so I was for Team Cap. We were more engaged in this debate than when we talked about the coming elections – so much that eventually we both quieted down and agreed to disagree for the sake of our friendship.
The fact that the film was able to disturb and affect us even long after we have already left the cinema, is a testament to how remarkable Civil War is. The film was able to make us take sides before and after seeing it, and had us launch into a debate on discrimination, morality, and geekery.  Who was on the right side? If I was there, which side should I take? One of my indications if a movie is good, is whether it was able to disturb us even long after we have left the cinema – and that’s what Civil War did.

I can imagine that one of the challenges of bringing all these superheroes together in one movie, is to give enough spotlight and character development on each one without getting sidetracked by their individual subplots. Sure, Captain America does have more screen time than the rest given that he’s the titular character, but the rest of the heroes were equally interesting – with a several of the film’s highlights given by the Avengers newcomers namely Spiderman, Antman, and Black Panther.

10 Scary Short Films To Keep You Awake at Night

I guess one of the film’s charm comes the fact that we don’t just see super-humans fighting against each other – we also see the dynamics of the Avengers and how this unexpected divide in the team affects their relationships. The battle is not only physical, but emotional as well, and you can tell that in spite of having chosen sides, many of the characters are conflicted about the whole situation. The conflict among the heroes is not just caused by that shady document – we also see the vengeful struggle between Bucky and Prince T’Challa, the budding romance between Vision and Scarlet Witch, a deeper friendship between Black Widow and Cap, and Tony Stark’s unresolved baggages with the death of his parents. You see, this film is not just about superheroes fighting each other, it also has comprehensive subplots which you would make want to skip that toilet break.

Captain America: Civil War does have the usual Marvel film formula – Stan Lee’s cameo, the post-credits scenes, the humor, and badass action. If there’s anything missing it’s probably the references to a future Infinity Wars (or maybe it just flew over my head), but other than this is one kickass Marvel movie. I dare say this may be the best one so far!

Credits to the images and videos used in this post go to “Captain America: Civil War”, “Marvel” and/or to their respective owners. I do not own these materials. No copyright infringement intended.