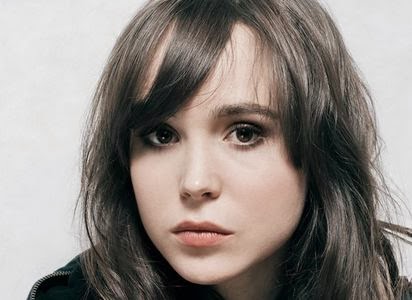 There has been a lot of speculation over Ellen Page’s sexuality for years, but she finally cleared things up and broke her silence when she came out as gay at a Human Rights Campaign conference last Friday.
Page, who  apparently was already 26 years old (I always thought she was younger considering her height),  shared for around 8 minutes in front of a crowd of educators and counselors how she “suffered for years because she was scared to come out”. Ellen starred as a pregnant teenager in the 2007 Canadian-American film Juno.
You can view her speech in the video below:
Sorry guys, but I don’t think she’ll be needing a boyfriend from now on. Whether Ellen Page has a girlfriend, I have no idea, but it’s nice to know that she can be finally be true to herself from now on.

Credits to the images and videos used in this post go to “Ellen Page”, “HRCF” and/or to their respective owners. I do not own these materials. No copyright infringement intended
.Geoffrey Ledesma