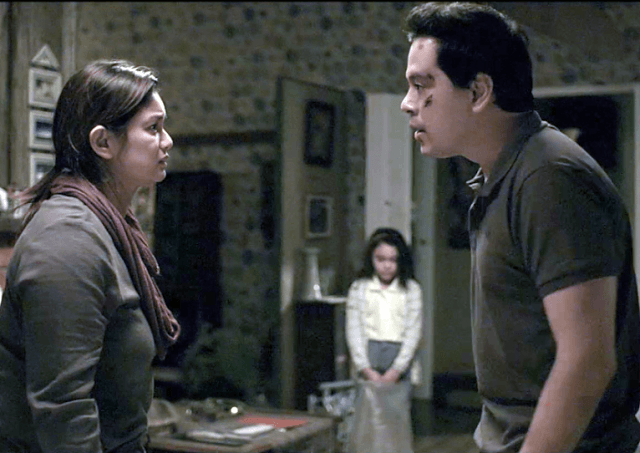 Honor Thy Father Review: HTF’s black hole heart is all in the family

HONOR THY FATHER is Erik Matti’s own MMFF black sheep entry; the annual festival deviation that allows film buffs a well-earned seat in a barrage of slapstick and gooey swooners. “HTF” continues a legacy that stretches back to Brocka’s tales of corruptible personas in BONA and JAGUAR, of the Metro Manila Film Festival we used to have. And after Matti’s masterful ON THE JOB, HTF is another technically polished labor of love with a black hole heart that’s as refreshing as its intriguingly timely subject matter. 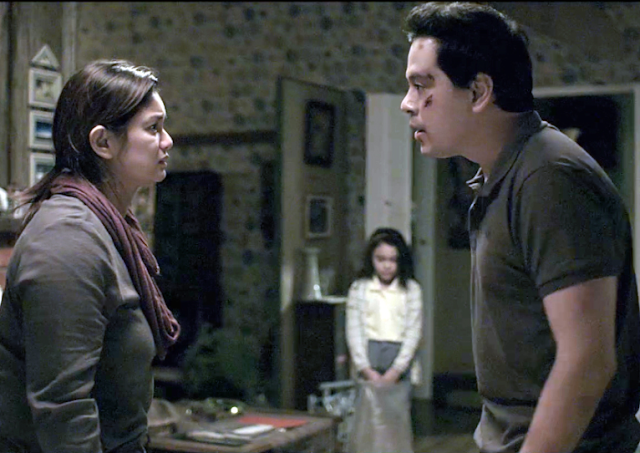 The film is about a couple (Meryll Soriano and John Lloyd Cruz) living a peaceful life in Baguio City while actively participating in a prestigious but actively engaging church (cheekily called “Church of Yeshua our Savior”). Things get awry when a sudden death in the church leaves their savings kaput and all their church recruits turn sour on them in a snap. They must make up for their losses as time ticks to a deadline, and more threats come to consume them. These events eventually made the patriarch Edgar turn to extreme measures – enlisting the help of his skillful brothers in an unthinkable act of theft.

Bookended by hard-hitting scenes that may be uncomfortable to the religious fanatic, Matti and his screenwriter Michiko Yamamoto (of MAXIMO OLIVEROS fame) sharply convey brutally honest speculations behind religious fanaticism. The allusions are quite obvious, but the message is universal – even the most devout human is at his darkest when his money is at risk. 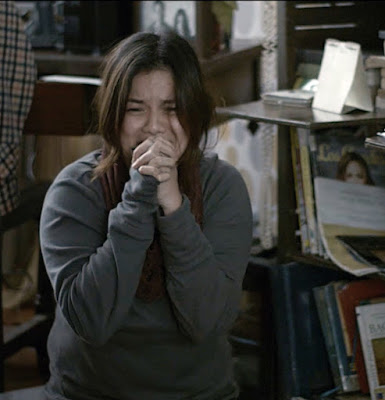 And this plot is played fairly well in breaking the peaceful façade of the Summer Capital. Ber Cruz shoots the balmy Baguio at its bloom only to slowly rot its image as fiascos come and go to the couple. The set design also works in developing this juxtaposition of a gritty underground exploding into its polished interiors. It’s a unique image that allows us to see through the cracks, and along with Kokoy Amante’s brilliant sound design, HTF succeeds in making us feel as if we’re being betrayed by our own senses.

It may have stumbled on underestablished plot elements, a dragging middle act, and a couple of unthreatening villains, but where Matti succeeds post-OTJ is crafting a memorable character in Edgar – a family man fed up with the ways of his world and the compromises he must accept, and all that’s left are dangerous alternatives. With his world weary gaze affected by a flawed conscience, Edgar is perhaps a ripe time to be played by John Lloyd Cruz. Following his fine return as Popoy in A SECOND CHANCE (also about a family pinned down by debts in the face of financial crisis), his Edgar works as a companion piece. In these films, Cruz played two images of a man: first, of a romantic hero broken down by a corrupt system; and second, a man who learned how to take advantage of the convoluted situation. 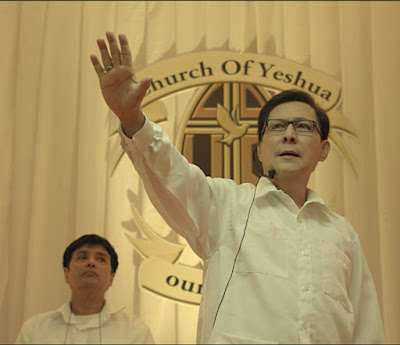 When I was asked in the preview what the moral values of the film are, it eventually came to me how HTF’s themes are relevant this MMFF Season. Released late in 2015, it is much a comment on the year’s biggest religious scandal (an antithesis to that other well-polished historical biopic) as it is a vehicle for Lloydie as he graduates from his romcom years. But within HONOR THY FATHER’s cold dark episodes of theft and betrayal, there is a heart beating for family. Beyond the works of greed, what matters most is to just keep the family intact. And don’t we usually watch MMFF for this single reason?