Guns and Gears: A “Fast and Furious 6” Review 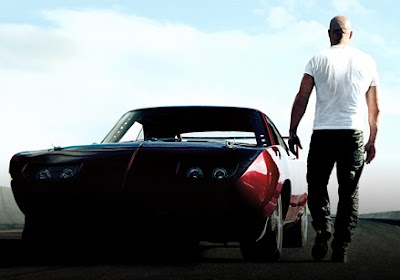 If I would sum up Fast and Furious 6 with just one word, it will be “Badass”.
Seriously, right at the start of the movie we are already welcomed with a playful car chase, and right there and then I knew that this film means business.
Fast and Furious 6, also known as Fast 6 or FF6, is the sixth installment of the Fast and Furious franchise (whoa lots of Fs there). Vin Diesel reprises his role as Dominic Toretto, a hardcore street racer and fugitive who has been hiding from the authorities because of his past criminal heists. He has started to rebuild his life, just like the rest of his team who have retired in different parts of the world. However, the team needs to get back together as US Diplomatic Security Service agent Luke Hobbs (Dwayne Johnson) asks for their help in tracking and capturing former British Special Forces soldier Owen Shaw (Luke Evans). Shaw leads his own crew of criminals intending to build a Nightshade – a machine capable of disabling power in the entire region. Toretto cannot decline after finding out that his ex-girlfriend Letty Ortiz (Michelle Rodriguez), whom he thought was dead was a member of Shaw’s crew. The rest of the team agrees in exchange for pardon of their past crimes.
It’s always exciting when certain extraordinary individuals are brought together to form a badass team.  The way that the members of Toretto’s band of criminals were brought together felt similar to how the Avengers were assembled by Nick Fury, except that this time we’ve got a band of Robinhoods instead of superheroes. Each member had their own specialty, and you can’t help but get excited at how they will work together and go against a group very similar to their own.
As thrilling as it is, the movie didn’t pack a lot of new surprises that moviegoers who have seen the first five films wouldn’t expect. The movie was action-packed and full of adrenaline yes, but it still follows the same formula of its earlier films. This can be both a good thing and a bad thing. Good because knowing that the recipe works, the filmmakers stuck to it and the movie ended up as blockbuster just like its predecessors. Bad because for a movie that revolves around taking risks, I think it’s a bit ironic that it decided to play safe, and not be inventive about taking an approach different from the earlier films. For loyal fans, it’s great! But for the usual moviegoers who have seen the first installments, nothing new here for them.
Vin Diesel was the usual Vin Diesel that we knew from his past movies. None of the cast stood out remarkably and no one was notable on their own. Even Luke Evans was bland as the antagonist, having no significant background to anchor his character on and feeling like he was put there just for the sake of having a villain.  As a group though, Vin Diesel’s crew was very much alive with each of the members’ personalities working very well with each other. All comic relief was provided by Roman (Tyrese Gibson) and his antics with Tej (Chris Bridges aka Ludacris). However, the humour eventually fell into dead-air abyss as the so called “witty” lines became forced mid-way through the movie.
Still, I cannot deny the fact that this movie packs a huge amount of “epicness” in it. It delivered outstandingly the action that it promised and gave us the gripping suspense we’ve been expecting from a Fast and Furious sequel. The only dull moment was when Toretto had a sappy moment with Ortiz (there really has to be one, has it?) after an eventful drag race. The rest though would be leaving you holding on to your seats. This movie’s got guns, girls, and cars. What more could a man ask for? 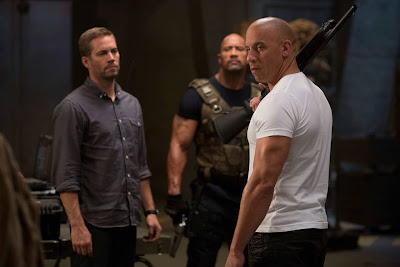 Credits to all the images used in this post go to the Fast and Furious Facebook page. I do not own these images. No copyright infringement intended.