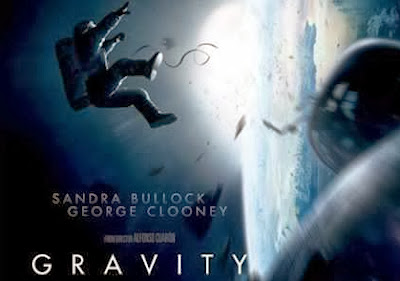 I’ve always wondered what it feels like to be in outer space. Although we sometimes get an idea of what it’s like in movies and documentaries, I’m quite sure that the experience is going to be a whole lot different. Gravity showed us how it probably would feel like to be up there, although through a plot where you would not want to be up there.
Dr. Ryan Stone (Sandra Bullock) is on her first trip to space with veteran astronaut Matt Kowalski (George Clooney), who was incidentally on his last trip. During one of their missions, debris from a destroyed satellite crashes into them, destroying their shuttle and killing most of the crew except Stone and Kowalski. Now disconnected from Mission Control, the two are left by themselves in outer space, and they must find a way to get back to Earth before their oxygen and resources run out.

Watching this movie on Imax was worth it, as you would definitely get a feel of being in space with the characters. Although it wasn’t as much fun as when I watched Avatar on Imax (the only time that things get flung at you in this movie are the parts with debris flying around), watching this movie on 3D and on a bigger screen made the experience more lifelike and engaging. Imax was fun because there were a lot of POV shots in this movie, giving you a feel of the situation that the characters are in from their perspective. I guess this was what the movie was aiming for all along – to give you the closest taste that you can get of what it’s like to be stranded in space.
The movie takes advantage of most people’s fear of being alone. I can imagine myself freaking out if I was spinning out of control alone in space – which kinda also made me realize that being alone in an endless expanse can be just as scary as being enclosed in a small area. The movie demonstrates this to us very well through good build-up of tension, seamless transition of perspectives and shots, and great scoring. The movie does not get dragging in spite of it revolving around the lead characters all the time. Every now and then something happens that keeps you glued onto the screen and holding on to your seats. 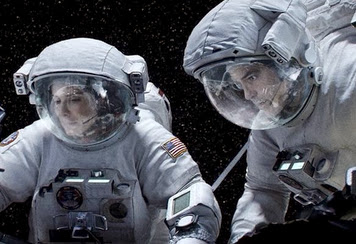 And that my dear, is how you can remotely access their browsing history” 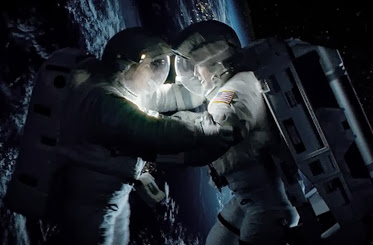 “Nature’s calling. What do I dooo?!”
Speaking of the leads, I can’t say that nobody else could have done it better than George Clooney and Sandra Bullock, but they definitely played their parts well. Bullock’s character, being the first timer in spacewalking, is the one that the audience can relate to and anchor on. She’s the one that we follow around and feel around because it’s easier to imagine being in her situation, having no prior experience of actually being in space. George Clooney’s character on the other hand, is the one that keeps the calm and serves as the “survival guide”. It was a perfect combination actually – somebody who’s freaking out and someone to keep calm. 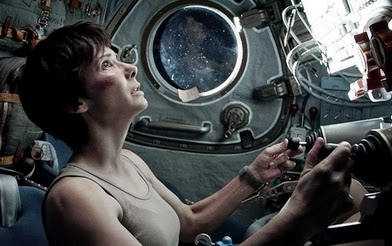 “Dang this boss is hard to kill!” 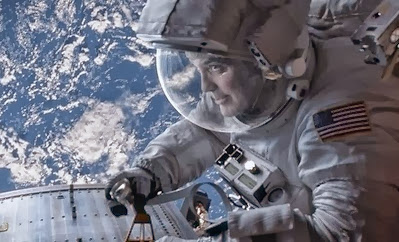 “You’re no match for The Veteran”

In spite of the really simple premise, Gravity was gripping, relatable, and memorable. This is one of those movies where the film itself is actually helping you imagine yourself being in the character’s situation, making the whole experience very engaging.

Amy Warren as Explorer Captain (voice)
Basher Savage as Russian Space Station Captain (voice)
Directed by: Alfonso Cuarón
Credits to the images and videos used in this post go to “Gravity” and/or to their respective owners. I do not own these materials. No copyright infringement intended.