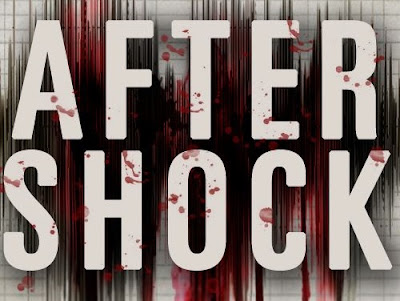 If some of you are even considering seeing Aftershock (surprisingly, it’s still showing in Philippine cinemas as of writing), let this review serve as a warning to you. I’d say it right at the start of this post to emphasize the urgency – DO NOT WATCH THIS MOVIE. You can close this window right now or go browse some other site, I won’t mind, but I need to get the message across to you before you go – this movie is a complete waste of time. It actually reminds me so much of the disaster that was Apartment 1303.

Based on the real-life 2010 8.8 magnitude earthquake in Chile, Aftershock follows a group of tourists who get caught up in a massive earthquake resulting to a series of mishaps and chaos…actually “mishaps” is an understatement as there was rape, dismembering, burning…ugh thinking of it all over again is making me cringe right now. 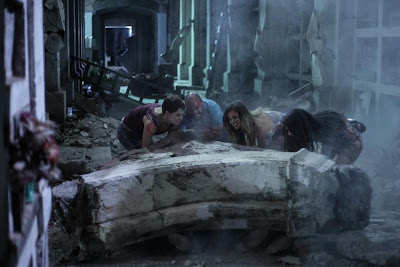 The first impression that the movie gave me was that everything about it – from the script, to the acting, until the progression of the storyline – was very poorly done. Apparently, this is one of those cases were first impressions last. The actors (yes, all of them) were detached from their characters, which in turn were also just one-dimensional stereotypes all throughout the movie. The script also did nothing to help. It was sappy, lacked creativity, and was just trying too hard at an attempt at humor. 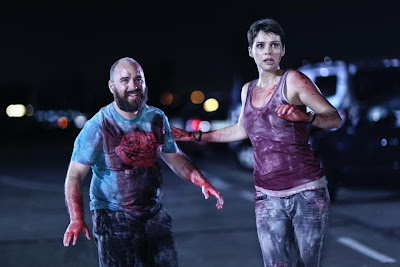 I also got confused at which direction the movie is going. What started out as what seemed to be a disaster movie, eventually became frenzied gore-porn, which then transformed into a suspense thriller, and finally concluded in what could be one of the lamest endings there are. It didn’t focus on one genre but instead, became a half-cooked mash-up of different varieties. The film’s emphasis at gore-porn just made it worse, to the point that I wished for the movie to end right away so I can leave the cinema asap, rush to the refuge of my bed covers, and try to start moving on from the trauma this film has caused me. 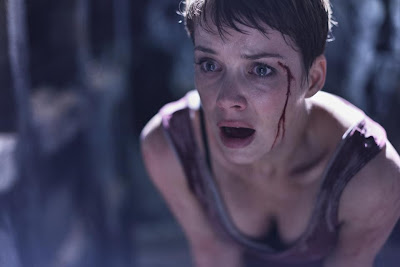 The movie employed “Man VS. Man” conflict to go with the “Man VS. Nature” premise. I think this was the film’s attempt at emphasizing the chaos and disorder caused by the massive earthquake. This would have been promising however, the film used the same strategy for the human antagonists as they did with the lead characters – place cardboard cut-out stereotypes and just let them run on their own without establishing a good background to anchor on. What are the motivations of these bad guys? Why is it that in the middle of the life-threatening predicament, they’re choosing to harm other people instead of just saving themselves? Makes no sense if you ask me, even for a bad guy. 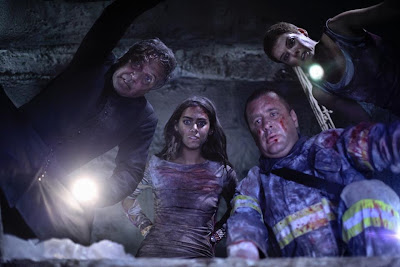 The production was so-so but I still thought it was a great waste of investment and materials. Okay I know that this was produced from a mere $2 million production, but this is no excuse for it to come out as a mess like the way it did. C’mon there are tons of films out there with a much lesser budget but had much more substance. How did this even get approved by the producers?
The fact that it is based on true events would have been promising, but Aftershock just wasted this potential. The film had a lot of “WTF” and “Are you kidding me?!” moments. There are probably a lot of other ways that the movie could have turned out better with the Chilean Earthquake as its basis, but it just turned out to be a crappy depiction of the incident. And oh, in case you finished this whole review ‘til the end, let me remind you again – DO NOT WATCH THIS MOVIE.

The story involves a Napoleon Bonaparte obsessed high school educator, Ty Anderson, whose minor online communication with a teasing student finds him immediately terminated from school grounds, which snaps him into a psychotic killing spree, terrorizing his former female students at their slumber party.

This is making me want to go back to acting! Frolic Pictures is also having a good list of movies coming up soon. You can check these out through their website here.

=======
If you’re anywhere in the Philippines, check out the SM Cinema’s website here to conveniently purchase and reserve your tickets to the blockbuster movies you’ve been watching out for.

Credits to all the images and videos used in this post go to their the Aftershock / Teacher’s Day and/or to their respective owners. I do not own these materials. No copyright infringement intended.