Getting in the Game: An “Ender’s Game” Review 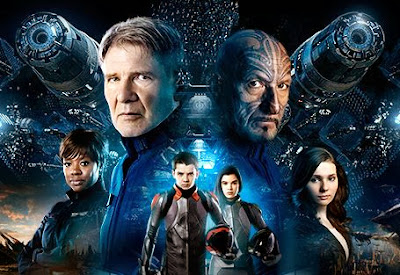 “In the moment when I truly understand my enemy, understand him well enough to defeat him, then in that very moment I also love him.” – Orson Scott Card
­­ Now before I start my review, I’d like you to know that this review was done without any bias coming from the views of Orson Scott Card, author of the 1985 novel “Ender’s Game” on homosexuality and same-sex marriage. I believe that love is a universal – it transcends belief, race, religion, – and yes, gender. I will be reviewing this movie as itself, together with the message that it delivers and its production value, not based on the beliefs of the original author. Geoffreview support same-sex marriage and LGBT rights, and believes that everyone must be allowed to express and exercise their rights, regardless of who they choose to love.
This movie has got to be every gamer-kid’s fantasy.
Based on the 1985 sci-fi novel of the same name by Orson Scott Card, Ender’s Game is set a time when the Earth has been previously attacked by an alien race they call the Formics. To prevent future attacks, children are being trained at military school by the International fleet at an early age. Colonel Hyrum Graff (Harrison Ford) sees a potential in Andrew “Ender” Wiggin (Asa Butterfield) and believes he may be the one they are looking for to command the invasion fleet.  Ender trains and aspires to be a commander, but he soon discovers that there is more to these “enemies” than what he think he knows. 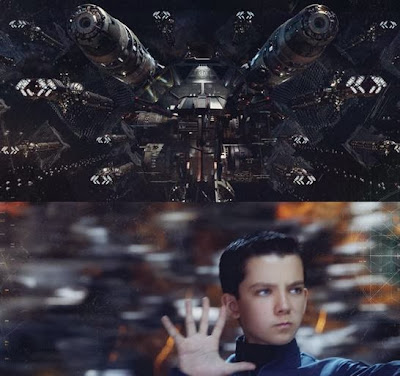 How would you like to be able to save the world by playing video games? This movie is childhood fantasy realized.  Although alien invasion movies aren’t really that new to us, this movie creates a unique experience in the otherwise overused genre by having a premise that taps into the inner kid of every moviegoer.
When I first saw the trailer, I thought that it was going to be one of those “Chosen one, child of prophecy” movies like “The Last Airbender” (which still makes me feel frustrated about being the huge disappointment that it was, by the way). That, plus the fact that the only movie I know aside from this one by director Gavin Hood was “X-Men Origins: Wolverine” made me fear for this movie. But hey, they’ve got Harrison Ford and Ben Kingsley so I thought maybe this movie’s got something up its sleeves. And indeed, after seeing it, I felt he same kind of exhilaration that I had when I watched “Pacific Rim”. It was gripping, stunning, and it made me miss playing Starcraft. 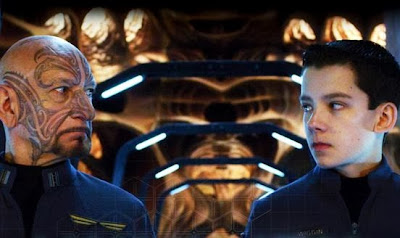 This movie captures what we mean when we talk about “being in the game”. It was also relatable, well to me at least as it made me reminisce of the time when Red Alert 2 had its own slot in my daily routine. What I loved the most about this movie though, is that the plot evolves together with the development of the characters. We are not offered just one conflict, and the movie becomes more thought-provoking as the story progresses.
The movie was stunning in Imax, and I could imagine it to be more when seen on 3D.
And yeah, putting Card’s personal views on homosexuality aside, this movie is a good watch. But I also don’t have a problem if you refuse to see this movie because of it. Gender Equality FTW.

Credits to the images and videos used in this post go to “Ender’s Game” and/or to their respective owners. I do not own these materials. No copyright infringement intended.