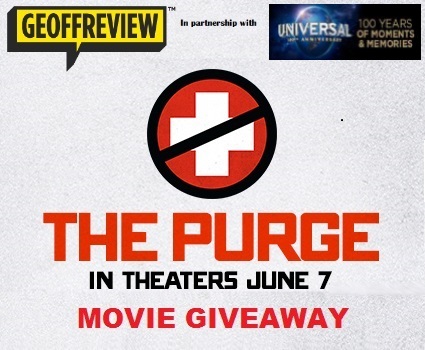 Geoffreview, in partnership with Universal Pictures bring you our worldwide “The Purge” Movie Giveaway! We will be giving out exclusive The Purge Merchandise, which will be shipped directly to you wherever you are in the world! 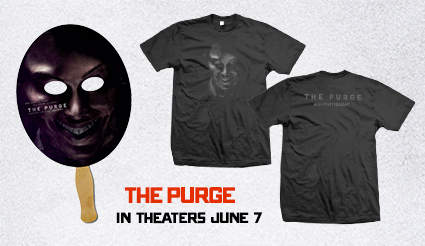 “The Purge” is a badass movie about a family who had to live through a night when all kinds of law enforcement are suspended and all forms of crime are legal. And I don’t mean just bitch-slapping that girl your boyfriend cheated you on or getting back at your roommate for that prank he did last summer. This is hardcore crime we are talking about – including murder *chills*. Would you survive? Take the test below to find out.
See also

Stream Philippine Documentaries for Free this October at the Daang Dokyu Film Festival!

Wow, talking about this movie is giving me the creeps. Imma stop talking now and let the trailer speak for itself:
If, on one night every year, you could commit any crime without facing consequences, what would you do?
In an America wracked with crime and overcrowded prisons, the government has sanctioned an annual 12-hour period in which any and all criminal activity–including murder–becomes legal. The police can’t be called. Hospitals suspend help. It’s twelve hours when the citizenry regulates itself without thought of punishment. On this particular night in 2022, plagued by violence and an epidemic of crime, one family wrestles with the decision of who they will become when a stranger comes knocking.
When an intruder breaks into James Sandin’s (Ethan Hawke) gated community during the yearly lockdown, he begins a sequence of events that threatens to tear his family apart. Now, it is up to James, his wife, Mary (Lena Headey), and their kids to make it through the night without turning into the monsters from whom they hide.
Scary right? But at the same time exciting! Feels like Scream, City of God, and the Hunger Games rolled into one. Enough of the chit chat though. Check out the Rafflecopter below to get your entries:
a Rafflecopter giveaway