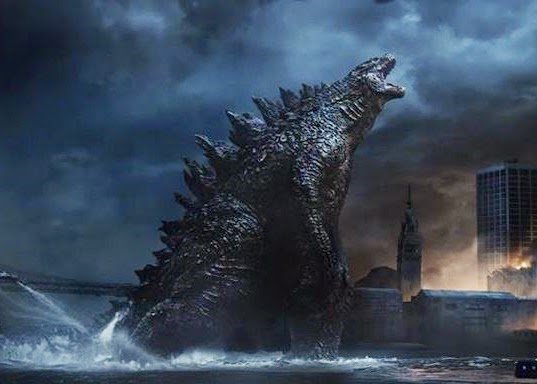 I can barely remember the earlier Godzilla movies since I didn’t really get the motivation to revisit them after seeing them as a kid. Now with all the development in digital technology and movie production that we have had over the years (I initially thought 3D movies would be a fad, but they seemed to have stuck around), the prospect of having another Godzilla film seemed very tempting. Although, there is always a hovering fear that a Hollywood remake would ruin this Japanese classic.
Lieutenant Ford Brody (Aaron-Taylor Johnson) and his father (Bryan Cranston) have been caught trespassing a quarantined area when they were trying to get back to their old home, to investigate the radiation leak that happened in a Nuclear Plant in Japan that led to his mother’s death. They were taken in custody in a secret facility where scientists are studying a large chrysalis that creates tremors as it pulsates with energy. Somewhere near the area, something huge seemed to respond to the chrysalis and they all soon realize that this is an ancient alpha-predator which posed a great danger to cities, and the whole of humanity.

The film had a sense of urgency right from the start, we are introduced right away to gargantuan monsters (yes, plural!), and it is quickly established that they are going to be an immediate threat. Exposition was laid strategically all over the film instead of spoon-feeding the audience, which is good since most moviegoers would pretty much already have an idea of who Godzilla is anyways.
In spite of the fast-paced start of the film, it was still careful to gradually build the tension up. For instance, we don’t actually get to see the whole of the colossal reptile until somewhere midway through the movie. I have to admit though that at some point it became a bit dragging, especially when the film shifts focus from the monsters, to the families of the lead characters. It’s a bit frustrating but I guess it helped in giving us both the large and small scale point of view of the disaster and in doing so, the movie succeeds in making the audience feel so small, and Godzilla much more titanic. 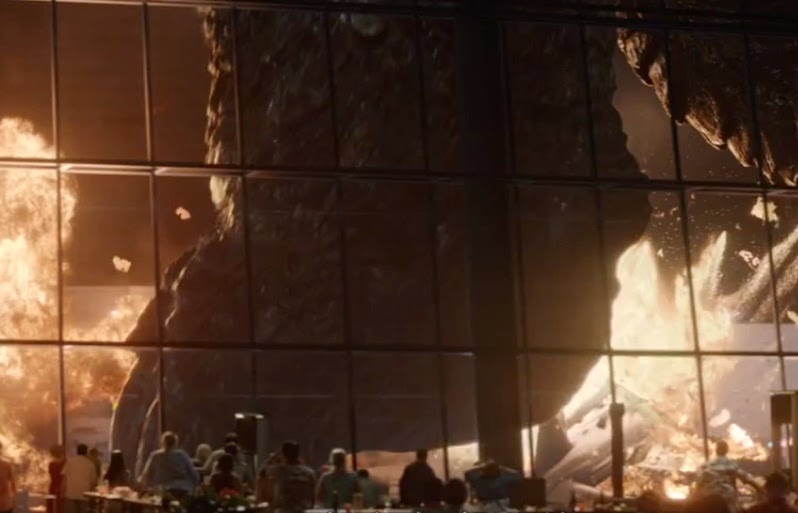 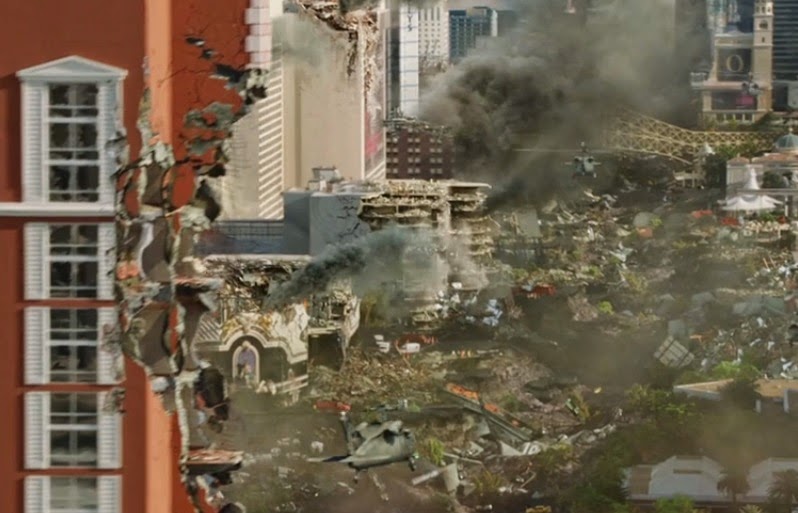 I’m sure more than a few people would agree with me when I say that the trailers gave us the impression that this Godzilla movie would have a dark feel – the scoring was chilling, the teasers were melancholic and gloomy, and Aaron-Taylor Johnson wasn’t in a spandex pretending to be a superhero. I was half-expecting that Gareth Edwards would take a few notes from Christopher Nolan with what he did with the Dark Knight, but this Godzilla movie turned out to be just like the others before it – about a monster wrecking a city like Lego pieces and the government making futile attempts with their puny missiles. Nothing more, nothing less. 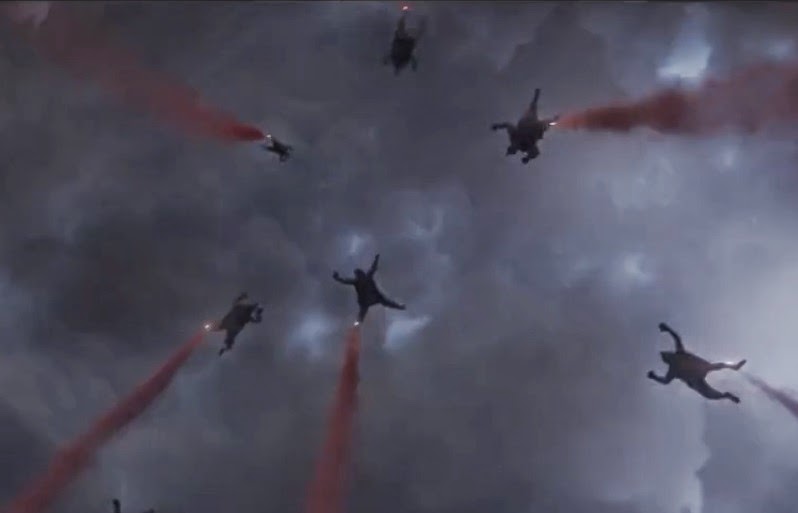 Speaking of Aaron-Taylor Johnsons, is it just me or is his performance really reminiscent of Kristen Stewart’s? I mean, his role would have required a variety of emotions from him (face to face with Godzilla? Not knowing where your family is?), but all that we see from him is this blank facial expression that makes him look like he’s constipated all the time. Don’t get me wrong though, I think he’s adorable in Kick-Ass and he’s remarkable in Savages, which is why it’s weird that he became Bella Swan in Godzilla.
See also 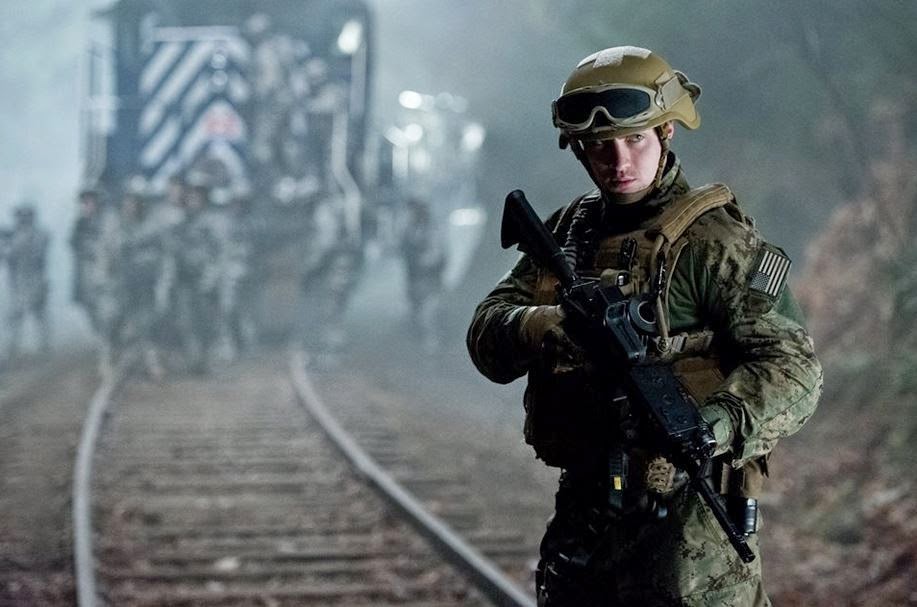 If it’s any consolation I think I can still say that this Hollywood remake of Godzilla wasn’t a disaster. It still stuck to the good old Godzilla that we know who likes trampling buildings, and in spite of a few dragging moments, the movie still finds a way to keep you from getting bored. Maybe  I just expected so much more that’s why I only feel neutral about it right now. 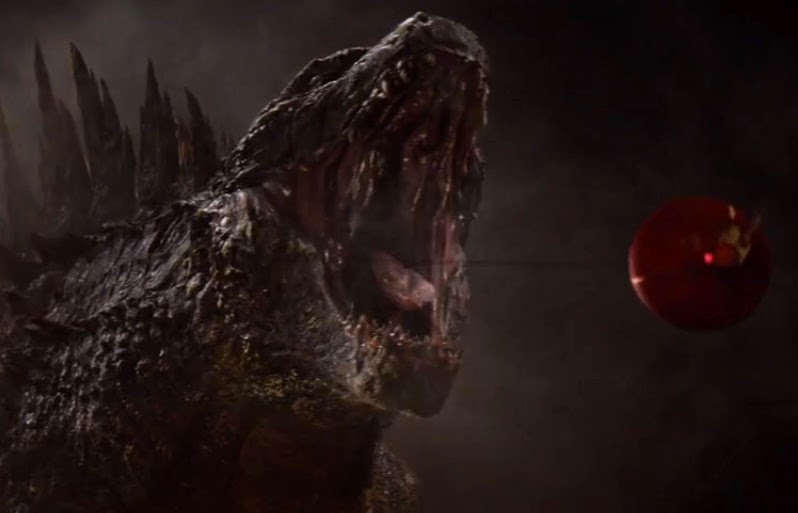 By the way, there seemed to be unconfirmed talks about a Pacific Rim and Godzilla crossover. What do you think?

Credits to the images and videos used in this post go to “Godzilla” and/or to their respective owners. I do not own these materials. No copyright infringement intended.
Geoffrey Ledesma