Frankie Fights: An “I, Frankenstein” Review 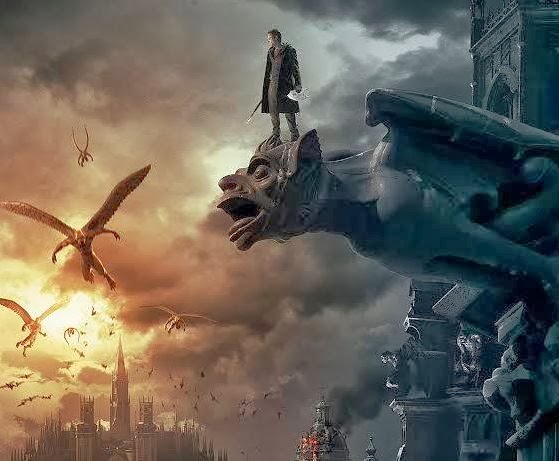 This movie has one of the worst CGI I have seen since The Man with the Iron Fists – not that I wasn’t expecting that. Just looking at some its movie posters is already enough to turn you off and make you think whether this is really a Hollywood movie or just some college film project.
After the monster of Dr. Victor Frankenstein murders the wife of his creator, which ultimately leads to the death of the doctor himself, he gets hunted by demons for reasons unknown to him. This has come to the attention of the order of the Gargoyles, who has been tasked by the Angel Gabriel to defend the world from the demons led by Prince Naberius, one of the original angels who fell from heaven with Satan. The monster, who now comes by the name of Adam, gets caught up in the war between these supernatural forces, and he soon discovers that he may be the key to the outcome of the war.

In spite of the warning signs that I’ve been given about the quality of this movie, I still gave this one a shot thinking that it had an interesting premise. I love movies about wars and much more when it involves supernatural beings. Battle scenes give me a kind of high, an exhilaration that makes me want to jump into the movie and join the pandemonium. I, Frankenstein though, lacked the elation that war movies often give me and the only feeling I had when watching this move was something in between lame and boring.
It was one of those typical “Chosen One” stories where it’s up to a single individual to determine the fate of everyone else. I understand the movie’s intention of adding a twist to its story by having Frankenstein as the “chosen one” but the mash-up didn’t work well and in the end, Frankenstein’s character just felt out of place in a story about demons and angels – not to mention the weird involvement of the gargoyles in the whole drama. I mean why have gargoyles? Why not just have demons and angels instead? That would have been more dramatic and well…made much more sense.
Exposition was there, as expected from a movie made by the creators of the Underworld franchise. This was okay because it was necessary to the story, although I wished that the script was better. The only thing that could have saved the so-so script in this movie was badass action sequences…and lots of them! Unfortunately, the action scenes where less capable of saving anything, and it just tried to mask its poor choreography with special effects, which in turn, as I’ve mention at the beginning of this review, was one of the worst. Seriously, the CGI reminded me so much a video game cut-scene. 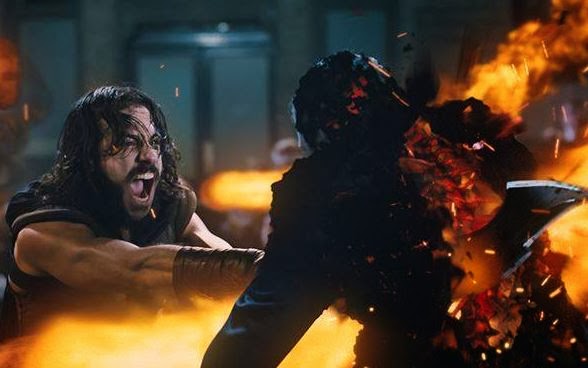 Considering that this movie was made by the producers of the Underworld films, a sequel won’t be surprising. Although given how poorly it performed it wouldn’t be surprising either if it won’t have one. Oh well, at least we didn’t have vampires in this movie for a change.

Credits to the images and videos used in this post go to “I, Frankenstein” and/or to their respective owners. I do not own these materials. No copyright infringement intended.
Geoffrey Ledesma