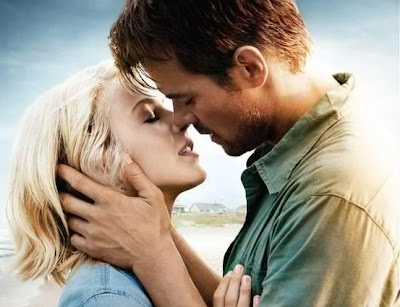 To be honest I wouldn’t have watched Safe Haven if I had a better option that fine Sunday afternoon when I had a mini reunion with my high school buddies. I’m not a big fan of love stories and Safe Haven looked just liked that in the posters, but we decided to go for it anyway since we’ve heard some good stuff about it.
Safe Haven is an adaptation of Nicholas Sparks’ novel of the same name. Knowing that it is a love story, the way the movie started is a bit unexpected and confusing as it felt like a suspense film instead of a romantic one. Erin Tierney (Julianne Hough) escapes to the small town of Southport, North Carolina to get away from something…or someone from her past. She got some good reason to do it, having the need to change her name to “Katie” (See what I’m talking about? Doesn’t really sound like a love story from here, does it?). There she meets Alex Wheatly (Josh Duhamel), the “too hot to be a store manager” store manager and his kids Lexie and Josh (Mimi Kirkland and Noah Lomax), with a special mention to Lexie for being extra adorable. Erin also finds a new friend in Robin…I mean Jo (Cobie Smulders), who would have given you an impression of a creepy stalker if she wasn’t charming and sexy. Erin manages to start a new life in her new identity with the new friends she made in this new place. But then, all is not what it seems. 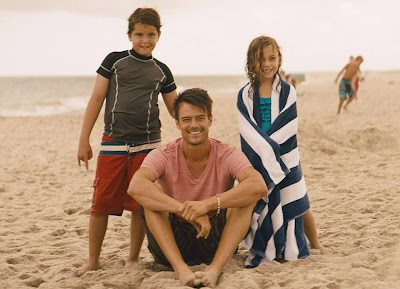 All throughout the movie you get torn between scenes of Erin’s new life, and flashbacks from her past. It was a good mix, with the present giving you an impression of a feel-good love story, and the flashbacks keeping you intrigued and wanting to find out more. The flashbacks will keep you from getting bored when the romance starts to become too dragging, although the love story part also seemed to be effective as there were more than a few girls giggling a little bit too loudly in the cinema. 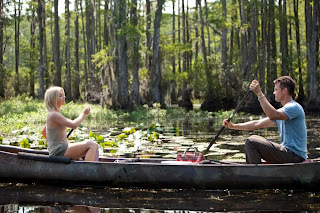 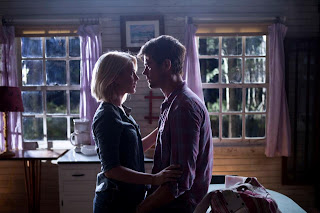 But then again, this is not one movie that would keep me glued to the screen. It’s not that bad really, maybe it’s just a matter of personal taste but personally I think the film got confused in establishing what it really is. It’s a futile attempt at a good mash-up of different genres in one film. Is it a suspense movie with a love story, or is it a love story with a psycho in the background? It’s confusing, and this confusion is what stuck to me after I watched the film, instead of the story itself.
To give it some credit, I’d say the ending was unexpected. Not surprising, just unexpected. The twist in the end became the redeeming factor for me, which just goes to say that it’s a movie you’d have to watch ‘til the end to appreciate
*spoiler alert* It’s a suspense film and a romance film with a ghost in it. Confused now?
Credits to the images in this post go to the Safe Haven Movie Facebook page. I do not own these images. No copyright infringement intended.