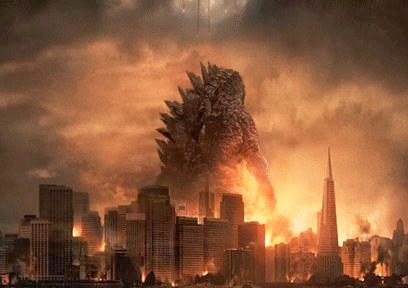 I have already seen the Godzilla 2014 posters and short teaser trailers so I already had an idea that this is going to be a movie of epic proportions. But only after seeing this hot trailer did I get a better feel of how monstrous this film is going to be!
The latest Godzilla 2014 trailer gives us a better idea of the film’s plot. The scoring and cinematography from this preview alone can already give you the chills!
Check out the recently released Godzilla 2014 Official Trailer below, and start feeling so small!

Godzilla 2014 is set to be release on May 16, 2014. It is directed by Gareth Edwards and Aaron Taylor-Johnson.

Credits to the images and videos used in this post go to “Godzilla” and/or to their respective owners. I do not own these materials. No copyright infringement intended.
Geoffrey Ledesma