Fight and Flight: A ” Pan ” Review 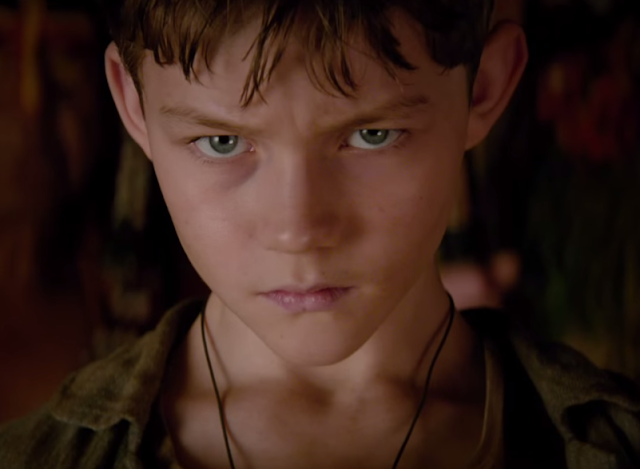 “…enemies used to be friends. To understand how things turn out, you must know how they begin”
And so we have another Peter Pan movie. I wasn’t particularly excited about Pan since I personally thought that previous films have already squeezed out whatever they can from this classic fairytale (although a grown-up Peter Pan was just pushing it too far), but hey we’ve got a different villain and it’s portrayed by Hugh Jackman so why the heck not, right?
When an orphan named Peter is kidnapped by pirates riding a flying ship, he knew that his idea of reality is about to change. As you may have guessed, Peter is taken to Neverland where he is forced to work in the mines for a dreadful pirate named Blackbeard. Upon discovering that Peter can fly, the pirates and the natives suspect him as the boy mentioned in a prophecy who would kill Blackbeard, and put an end to his reign of terror. This propels Peter into an adventure anchored on a quest to save Neverland from Blackbeard and finding out the truth about his parents.

Peter Pan is an enigmatic character, so I think that it’s excusable if we make him an origin film – other than the fact of course that his story has already been told from a lot of different angles already. The film anchors itself on the premise that since we’ve already been told countless stories about Peter Pan, it’s also important to know where all those stories began, and how they came to be. Setting Captain Hook as an ally and giving them a common enemy with Blackbeard is a hopeful twist to revive the worn-out pirate story, and one that works pretty well for me. We are able to get a glimpse not just of Peter’s beginnings but of the other characters as well, and you’ll have this tiny, ticklish feeling knowing how these characters who used to be friends will be sworn arch-enemies in the future.

The film shows some promise at the start, and even the seemingly Oliver Twist – inspired background that they gave Peter is entertaining enough for the first few minutes.  Initially, the film humanizes Peter – telling us that he is dyslexic, ironically acrophobic, and mischievous just like how most of us were as kids. But then Peter’s humanity seemed to be left behind when he was brought to Neverland and the film starts reintroducing the character as some sort of hero – transforming the relatable Peter you loved at the first half of the film into a messianic “Chosen One”.  Suddenly, we were slipping back to the Peter Pan that we’ve already seen countless times in different movies.

Thankfully, Hugh Jackman’s Blackbeard was colorful enough to redeem the second half of the film. Even though the character is practically a caricature of a typical fairytale villain, you can see that Hugh’s having fun portraying the role, and somehow this is enough for you to latch on to the character and look forward to his eccentricities…or maybe it’s just because we first see Blackbeard with Nirvana’s Smells Like Teen Spirit as his background music.

***
Pan makes an effort to revive the overused story of Peter Pan, and does so by adding a few twists and a fresh perspective of the tale. It was fun and it still has its sense of wonder and adventure, but I think that this should be the last movie we should see about the boy who never gets old.

Credits to the images and videos used in this post go to “Pan” and/or to their respective owners. I do not own these materials. No copyright infringement intended.