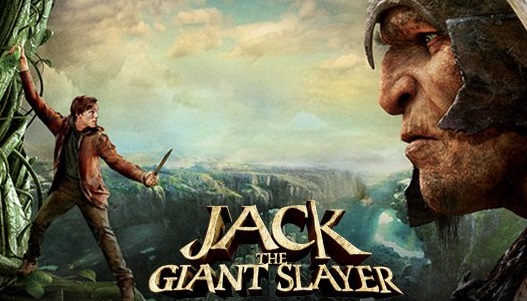 Fee Fi Fo Fum
Ask not whence the thunder comes
Ask not where the birds have gone
For between heaven and earth is a perilous place.
Home to a fearsome giant race.
Who hunger to conquer the mortals below
Waiting for the seeds of revenge to grow.

The lines above make up the “poem” that’s all over the movie Jack the Giant Slayer (formerly Jack the Giant Killer). I remember it quite differently as a kid.
The changes were necessary, as Jack the Giant Slayer isn’t really the story we know of a curious boy who foolishly traded his livestock for some beans, went up to a floating land through a beanstalk, fooled a man-eating giant, then stole his gold. Man, the movie would have sucked bigtime if it was just that. This movie is a rescue mission, complete with armies, a damsel in distress, and a ridiculous tug of war.
At the start of the film we get to know the legend of men and giants through some bedtime storytelling. I won’t spoil you with the details but I just have to say that CGI sucked so much in this part that it reminded me of an Age of Empires cut scene.
But don’t get turned off just yet. Yes, the CGI was poor for the most part of the movie but it did its purpose. There were actually more than a few parts where the giants felt lifelike in spite of the unimpressive special effects. Watch out for the part where Jack hides underwater and the part where the “giant cook” makes his own version of baked human and pork dumplings. There’s more than enough scratching, poking, and smelling in this part, it’s disgustingly delightful.

Fifty Shades of Grey: A Rant and A Review

Speaking of Jack, Nicholas Hoult did a great job in portraying the awkward but charming farm boy. I’m sure you’d recognize him right away if you’ve watched Warm Bodies (check out my review of Warm Bodies here), and he did redeem himself in this movie. I’m not sure if Eleanor Tomlinson is the best choice to be Princess Isabelle, but she was able to work out some chemistry with Nicholas Hoult. On her own though, she’s not very memorable. 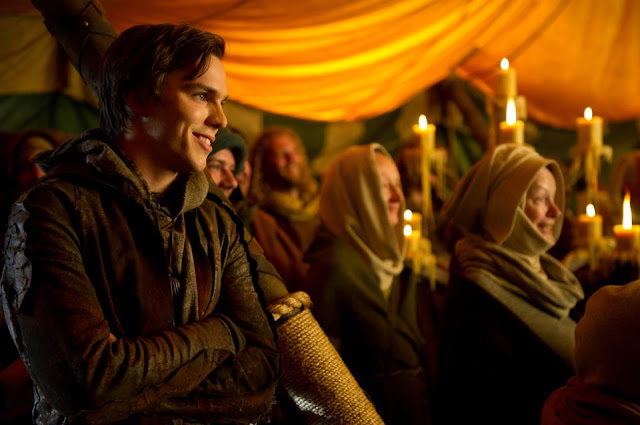 I’m sure that I’m not alone when I say that Ewan McGregor is a favourite in the film. He played Elmont, the loyal leader of the elite guard, who would also be a good alternative love interest for our leading lady. 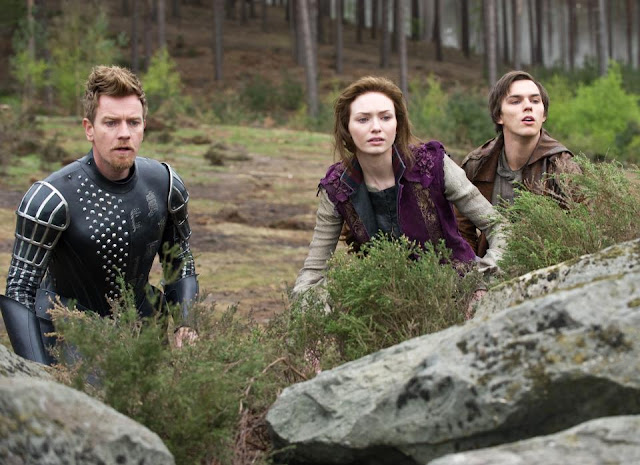 If the movie’s aim is to relive our childhood wonders of giants, kingdoms, magic, and ordinary guy-turned-hero stories, then it did a pretty good job. Putting the crappy computer generated effects and the lack of logical explanations aside, Jack the Giant Slayer would actually make you reminisce of your storytelling and fairytale moments as a kid. Or maybe it’s just me because I can relate so much to Jack for being acrophobic. Damn, he must really love that princess so much.
There’s some kind of trend going on don’t you think? Red Riding Hood, Snow White and the Hunstman, Hansel and Gretel (see my review here), and now Jack the Giant Slayer…Hollywood seems to be running out of creative juices as it keeps on borrowing ideas from our fairy tales. I don’t have a problem with it as it’s nice to relive our childhood, but let’s hope they don’t push it too far.