I don’t know what it is about X-Men movies that keeps me coming back in spite of the several disappointments that I got from the past films in the franchise. Maybe it’s my fascination with superheroes? Maybe it’s because it reminds me of the enjoyment I had from the X-Men cartoons and comics when I was a kid? Or maybe I’ve wanted to escape reality so bad I’d consume any superhero movie thrown at me. 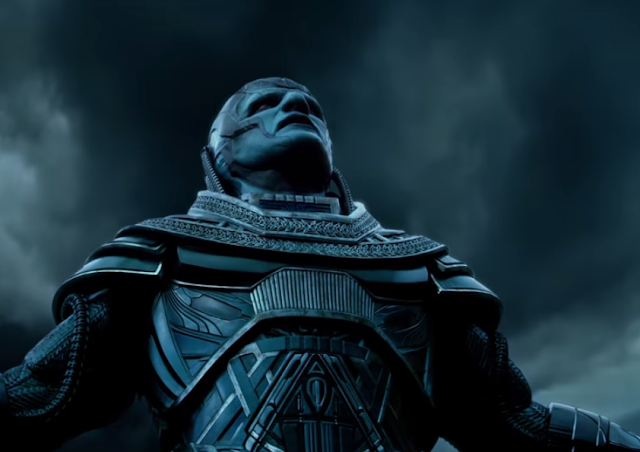 But I’m pretty sure I’m not the only one who was excited about seeing X-Men: Apocalypse, as evidenced by the fully-booked cinemas, and detailed discussions about its trailers online. I had high hopes for this movie, especially that I still vividly remember the Days of Future Past post-credits scene where we see a young Apocalypse effortlessly stacking blocks to form pyramids like they were Lego bricks. I don’t know why but I wasn’t surprised that the film turned out to be slightly underwhelming.  It’s as if deep inside I already knew that I shouldn’t be expecting much from this movie.
It’s hard to pinpoint the exact source of dissatisfaction but on top of mind I’d say it’s because of the lame-ass villains. Yep, I did just say that Apocalypse is lame. I don’t mean the character per se, as it was actually one of the reasons why I was hoping that this X-Men installment was going to be kickass – it’s more about the film’s take on the character. It’s how a character with so much potential for great material was put to waste.  Apocalypse was supposed to be an ancient super-being with unimaginable powers, yet he ended up being just another mutant with questionable choices for allies and problematic use of abilities.
If you’ve seen the movie, you’ll know what I mean. Apocalypse was first established as a mutant with godlike status, – heck he can bury people to the ground at the blink of an eye, or get rid of all the world’s nuclear weapons with just a single thought. Yet when the fighting ensues, he didn’t seem to make the most of all the mutant abilities he gained through several millennia. “Underwhelming” is the word I would use to describe the depiction of the character.
Sadly, the above is true not only for Apocalypse but for his Four Horsemen as well. With the exception of Michael Fassbender’s Magneto, the rest of the Horsemen were poorly developed, and we don’t see enough reason why Apocalypse chooses them as his henchmen, except for the fact that these are one of the first few mutants he encounters after his hibernation. For a self-proclaimed god, I thought he’d be a bit more picky when choosing his disciples. For most of their screen time, the Horsemen just stood around posing like badass bodyguards, and when the time came for them to fight, they didn’t do so well either. That, with the fact that their powers were supposedly Apocalypse-boosted already.

But then again, maybe the reason why there was not enough character development was because of overwhelming number of characters in this movie. Where Captain America: Civil War succeeded in giving enough spotlight on each of the lead characters, X-Men: Apocalypse failed. Unlike Civil War, which was able to work out the excess of characters, X-Men: Apocalypse ended up having the other characters upstaged and faded into the background (case in point: Jubilee).

James McAvoy and J-Law were given enough screentime of course, although I believe the material didn’t give justice to their acting prowess. Sadly, the stellar cast was put to waste, and they didn’t have enough material to showcase their remarkable acting.

At this point, the X-Men franchise’ timeline has become confusing. Sure, the filmmakers have created an alternate reality with Days of Future Past and First Class, but there are a lot of loose ends in terms of the characters’ development and introduction, that the X-Men franchise has become as confusing as the reason why Wolverine needed to have cameo in this film in the first place.

After seeing the X-Men: Apocalypse, I wasn’t sure at first if I liked it or not, but as  I discussed it with my movie buddy, I realized that most of what I had to say weren’t nice. Do I want my money back? Not really, as I still got to see an X-Men movie. But maybe that’s the problem – I feel okay about it only because it’s the X-Men, and not really because it was a good film to see.

Credits to the images and videos used in this post go to “X-Men: Apocalypse”, “Marvel” and/or to their respective owners. I do not own these materials. No copyright infringement intended.