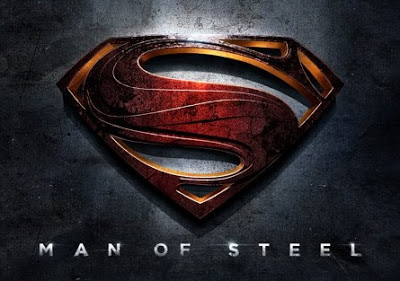 I am just extremely grateful that this film did not end up like its other Superman predecessors. This has got to be the finest Superman movie ever made so far.
The planet Krypton is in the brink of destruction due to the planet’s unstable core, caused by the Kryptonians’ excessive use of its limited resources. The leader of Krypton’s military, General Zod (Michael Shannon), orchestrates a coup against the council whom he blames for the planet’s destruction. Amidst all this distress, scientist Jor-El (Russel Crowe) and his wife Lara (Ayelet Zurer) sends their son Kal-El to planet Earth together with a genetic codex to save him from Krypton’s destruction. Kal’s ship lands on Smallville, Kansas where he is found and adopted by Jonathan and Martha Kent, naming him Clark (Henry Cavill). As Clark grows up and discovers his superhuman abilities, he struggles in facing the world. He has to decide what kind of man he will be as General Zod, who has apparently survived Krypton’s obliteration follows him to Earth with his own plans for the planet.
With Christopher Nolan as one of the guys behind the movie’s story as well as its producer, I knew that this was going to be as epic as Superman himself. Man of Steel was exhilarating and it somehow reminded me of how I felt when I first saw Batman Begins. They’re very much similar actually, with both movies telling us the origins of these well-loved superheroes, which ultimately concludes in them overcoming antagonistic figures from their past.
The best thing about Man of Steel is that it was logical, and the movie’s storyline made sense of a lot of things that I’ve been wondering about Superhuman. Just like how Batman Begins made sense of Batman’s uncanny stealth and motivation behind his theatricality, Man of Steel tells us the logic behind Superman’s  powers and weaknesses as well as how he turned out to be the superhero that he is. Okay we all know that this guy’s invincible, but haven’t you ever wondered why his suit is as durable as he is (I was glad that they ditched the “underwear”)? Or why the letter “S” is his family’s symbol when they’re supposed to come from a different planet? This movie made sense of these elements of our hero and a lot more, thanks to its very much well-written plot.
Speaking of its plot, despite of it being the typical superhero story we know where a powerful enemy tries to invade planet earth but is foiled by a hero who saves the day, there are actually some refreshing elements in it. We see a new kind of planetary destruction other than the usual “blow-up the whole planet” strategy we’ve all been showed countless of times already. We are also given an antagonist who is actually empathic about his people. The movie spent a generous amount of time in telling the story of Krypton, which is a good thing since this movie was supposed to tell Superman’s origins. Speaking of Krypton’s story, this part of the movie was remarkably done that I actually thought it can have a movie of its own.

Man of Steel was both emotionally-driven and adrenaline-filled at the same time. It hits the right spot in  trying to evoke sentimentality, primarily with Clark’s struggle with his identity together with the unreserved love for him by both of his biological and adopted parents. But much more than the drama, I loved the movie’s action – it is as super as it can get! We are shown a no-holds barred, epic demonstration of Superman’s abilities. The fight scenes felt like MMA done at a galactic scale! There was so much destruction and I liked it because I thought that this would really be the case of you had two super-aliens lashing out at each other on our helpless planet. If you’ve been a fan of Dragonball Z, you will know what I’m talking about.
Henry Cavill does fit well into the main role, although I also thought that it won’t hurt if he could loosen up a little bit. His portrayal is a bit too serious and tight like the spandex he’s been wearing but hey, he does have the body and the looks. After all, this isn’t the first time that he took on a role where he is torn between the mortals and the gods. Still, just like this movie, I think he’s the best Superman I’ve seen so far.
Russel Crowe has had a decent screen time given that his role has supposedly already died right at the start of the movie. His portrayal of Jor-El was stern but affectionate and he exudes an aura of authority even though he’s been on poker face for the most part of the movie. Michael Shannon was also brilliant. He was tough, intelligent and he effectively portrayed the emotionally-driven war freak that General Zod was supposed to be.

Man of Steel was a great starter for a potential franchise and I can already feel some good sequels coming. Now that Superman’s back on track, we better get ourselves ready for the Justice League soon!
scifi.stackexchange.com. I do not own these images. No copyright infringement intended.