Dwarves and a Dragon: A “The Hobbit: The Desolation of Smaug” Review 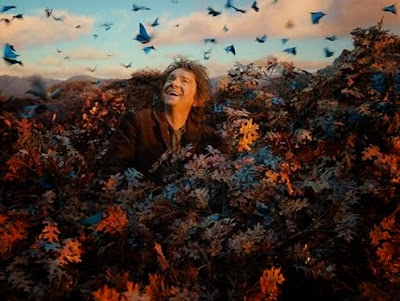 I’ve been waiting for this movie the whole year! I was so excited to finally see the dragon that the whole Hobbit franchise was all about so far, and man it sure did not disappoint.

The Hobbit: The Desolation of Smaug Trailer

Bilbo Baggins  (Martin Freeman) continues his journey with the company of dwarves led by Thorin Oakenshield (Richard Armitage) and the wizard Gandalf  (Ian McKellen) to the Kingdom of Erebor to reclaim the dwarven Kingdom from the dragon Smaug. Gandalf had to leave the party to investigate an alleged Necromancer in the tombs of Nazgul, but what he finds there was far more sinister and evil. 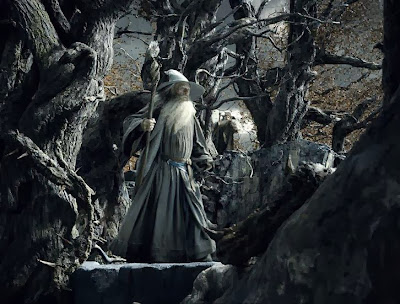 I watched this movie in one of the HFR cinemas of SM Cinema. HFR means “High Frame Rate”, which means the visuals of the movie are played at a higher rate, resulting in more vivid, less-blurred movie visuals. The effect is particularly more dramatic in 3D, giving us a more lifelike and realistic experience when we watched The Hobbit: The Desolation of Smaug. The scenes felt so close and so real that the visuals alone can already make the whole movie experience very engaging.
As expected, the film felt as epic as the rest of the LOTR franchise. It was reminiscing to once again see the elves in action, and the orcs marching in multitudes to battle. It was fascinating to see Middle Earth before the events in the LOTR, and even although we already know how most of these characters would end up (for instance, we’re quite sure that Bilbo Baggins won’t die), the thrill and excitement is still not lost and there is still that anticipation to find out what’s going to happen next. The feeling of magic, fairytale, and adventure that I once felt with the LOTR movies are back, and it made me remember why I was a huge fan.
The action was so much fun, especially with the dwarves. I know that the books often portray them as a greedy, unreasonable bunch, but in the movie they were this company of amusing bearded men. There was great choreography in the fight scenes, and the action sequences were smoothly executed. Some scenes though that employed a lot of computer effects was a bit of a turn-off, as it’s distracting when the CGI becomes too obvious, probably because the HFR made everything clearer and more defined. 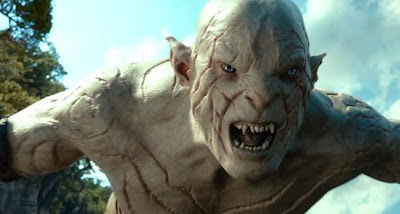 The development of the characters from the first Hobbit film was also more evident in this movie – especially with Thorin. He now experiences a deeper internal conflict, and his decisions can make you question whether you really want this guy to be king or not. Some of the other dwarves like Kili (Aidan Turner) have also had more significant moments in this film (Clue: there may be some inter-racial romance going on.), and we also get to see Legolas when he was well…younger, although I’m not sure how youth is in elvish perspective. 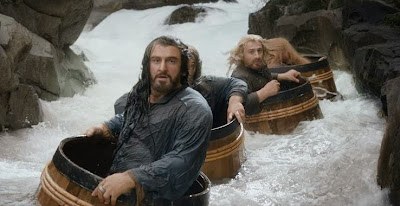 The star of the movie though is Smaug. He was huge, majestic, and most of all, egoistic. He was everything I imagined him to be, except for one thing – he speaks! This just made him even more intimidating and makes us learn more about this fire-breathing fiend. 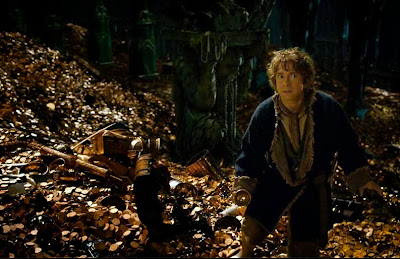 Even though the movie was almost 3 hours long, I still didn’t get enough of the whole thing. I wish 2014 was already close…oh wait, it is!

Credits to the images and videos used in this post go to “The Hobbit: The Desolation of Smaug” and/or to their respective owners. I do not own these materials. No copyright infringement intended.