It’s been three years, but I still haven’t gotten over it. Whenever the topic is brought up,  I feel restless and jittery – like that annoying know-it-all kid who wanted to be the teacher’s pet.  Apparently, after all this time, I haven’t moved on. 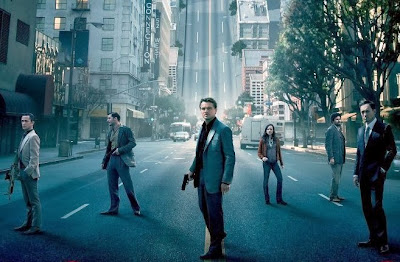 If you feel the same way that I did about Inception’s ending, then come over here and lemme give you a bro hug. Was it a dream? Was it reality? These questions sparked debates with arguments ranging from the logical (“the kids in the ending haven’t grown up, so it has to be a dream”) to the lazy (“the ending is as it is. We were never meant to find out whether it’s a dream or not”). Personally I haven’t decided yet which side I’m on, which is why this Ending has been bugging me after all this time. Damn you Christopher Nolan for being the genius that you are!
That was until I came upon an article on Sourcefeed.com by Sara P., which oh so enticingly had the title: “End of Inception De-coded!”. It shares the video created by TearsProd, who found his own way of figuring out the Ending in question. Here’s the video (be sure to turn on the subs):
Video credits belong to TearsProd
Now I’m not saying that what this guy is claiming is absolute truth, but Man you gotta admit, that was pretty smart. I don’t know if this guy was just overthinking it, or if Nolan really did sneakily lay out some clues in the movie, but all I know is that this discovery somehow gave me a little bit of peace of mind.

All the images, videos, and materials used in this post belong to their respective owners. I do not own these materials. No copyright infringement intended.