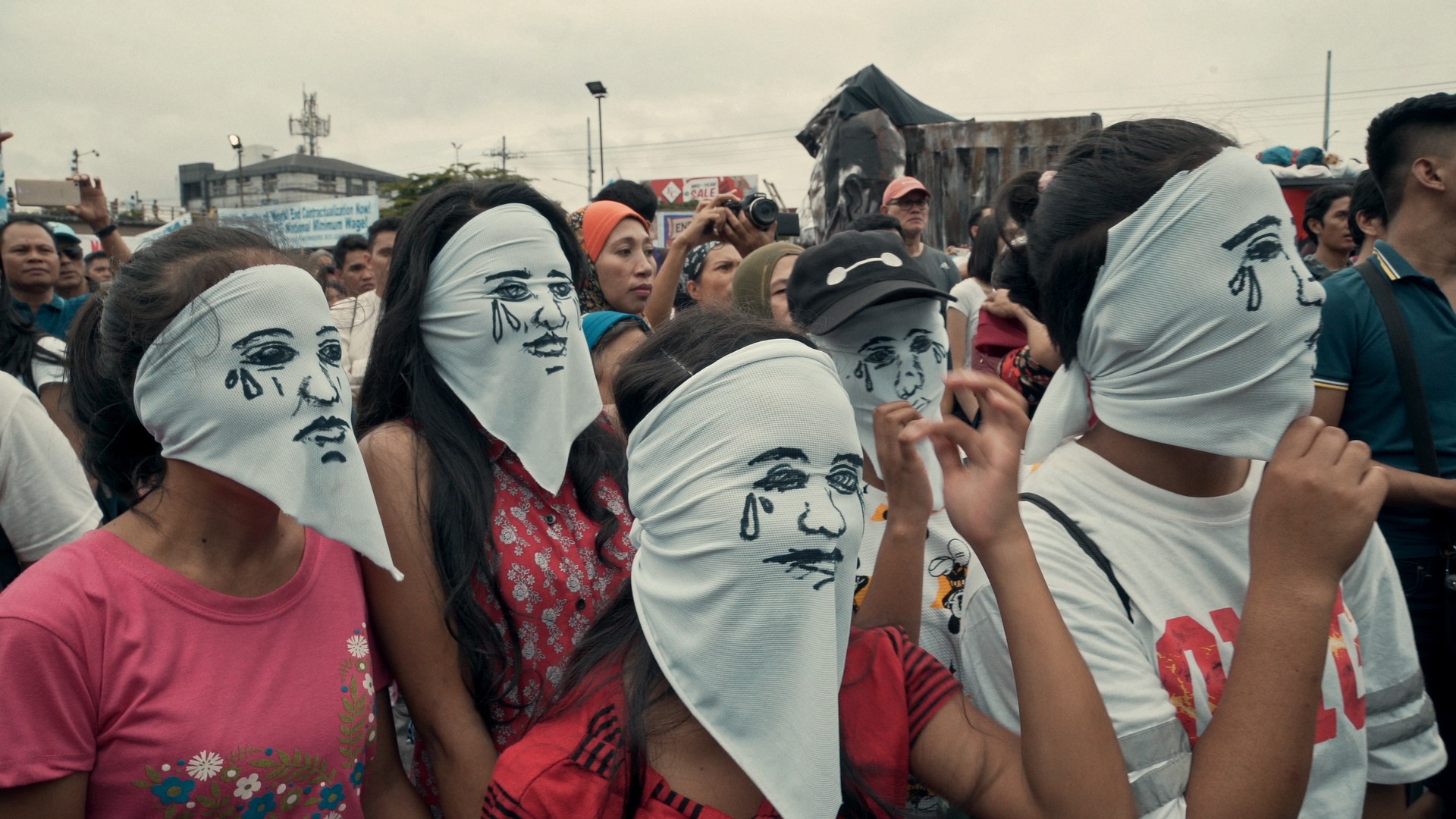 On the centennial year of Philippine cinema, “Daang Dokyu” opens with the theme, “Tracing the Filipino Story”. Led by renowned documentary filmmakers Jewel Maranan, Baby Ruth Villarama, Kara Magsanoc-Alikapala, and Monster Jimenez, the Festival will be a celebration of Filipinos’ storytelling through film for the last hundred years, featuring documentaries about the Philippines as far as the early 1900s. As much as 55 documentaries will be shown during the Festival, with some of them screening in the Philippines for the first time.

MARCH 18: NATION (Perception Is Real, Truth Is Not)

Daang Dokyu opens with the Philippine premiere of Aswang, a film by Alyx Ayn Arumpac telling the story of the campaign of President Rodrigo Duterte to rid the Philippines of drug addicts and dealers.

Aswang follows the lives of people who are linked together by the growing violence in the country following the onset of President Rodrigo Duterte’s war on drugs. They are a photojournalist and missionary brother who comforts bereaved families and makes a stand against lawlessness; a night shift manager of a funeral home; and a street kid with parents and friends in the cemetery.

Daang Dokyu ramps up the celebration on a high note on the last day with a montage of some of the oldest existing short documentaries on the Philippines. These short newsreels, which are stored in the British Film Institute and the US Library of Congress, will be shown for the first time in the country.

Among the 35mm films stored in the London archives that are featured are documentaries made in 1911 titled Fabrication Des Chapeaux De Manille and Industrie De L’abaca A L’ile De Cebu; a film made in 1926 called Manila Street Scene; and another filmed in 1929 called Glimpses Of The Culion Leper Colony And Of Culion Life.

The six-day festival features film curations of Filipino directors as well as titles from international countries, with each showing followed by discussions. It presents some of the earliest known documentary materials as early as the 1900s as well as some of the latest and much-anticipated films to be released this year.

Aside from “Aswang”, here are the rest of the films making their premiere at Daang Dokyu:

A Rustling of Leaves: Inside the Philippine Revolution

A 1988 film that will have its Philippine premiere in Daang Dokyu. It has never been shown in the Philippines and after 32 years, it will be making its debut. In the film, Wild examines the left-wing revolution in the Philippines. It poses key questions facing the revolutionaries and the Filipino Left: If the people’s movement should continue the guerilla war or do they enter legal politics and reveal the hidden face of the revolution.

“A House in Pieces”

Making its world premiere, “A House in Pieces” shares the stories of some people who were internally displaced because of the war between ISIS-affiliated extremists and the Philippine government in Marawi City in May 2017.

“Dreaming in the Red Light’

The film follows the lives of Amy, a former sex worker and Tisay, Amy’s daughter from a German customer and how women make choices when options are few and far between.

“To Calm The Pig Inside”

“To Calm The Pig Inside” is a short film that talks about Supertyphoon Yolanda’s impact in the Philippines, is another documentary making its premiere in the country.

A documentary by the National Geographic, “The Nightcrawlers” shows a hideous side of President Rodrigo Duterte’s war on drugs, in which some people claim over 20,000 people have been killed. The film tells the story of RL, a former staff photographer for a prominent newspaper, who leads the Manila Nightcrawlers, a group of photojournalists exposing a different side of the campaign.

“We Still Have to Close Our Eyes”

John Torres repurposes documentary footage captured from the sets of various Filipino productions (including the likes of Lav Diaz and Erik Matti) into an eerie, elliptical sci-fi narrative about human avatars controlled by apps. (Source)

Other highlights of the festival include a screening of Bunso, a film by Ditsi Carolino showing the lives of three boys, aged 11 to 13, living in a prison complex and Bakit Dilaw ang Gitna ng Bahaghari by Kidlat Tahimik, a 1994 film that was shot over a decade.

The festival also presents documentaries tackling issues on the country’s environment, taboos, history, regions, and the future. It aims to bring the most relevant debates on these current issues through its “Reality Check” sessions, all offering the documentary way or “docu way” to take stock of how Filipinos have been as a nation and where it are headed.

Below are the schedules and descriptions of each of the Reality Check sections:

This section will reflect on different catastrophes and how the planet is facing a climate and ecological crisis, and the Philippines, along with other struggling nations, is in a very vulnerable position.

For the second day, the festival will present titles looking at today’s environment of fake news. In a community where it is considered to be a society of spectacle, the Reality Check session for this day asks the difference between truth and propaganda. The section also provides an indepth look at historical revisionism and how images, media, and education are used to secure more power.

This section delves on the ways on how the country can respond to the issues that society most people will not talk about, such as identity and mental health, issues that affect different sectors and the youth. It also ponders on the question if documentaries are safe spaces to tackle these issues and how it can serve to prompt dialogue and public conversations.

The fourth day will provide glimpses of the regions, where differences comprise the texture of the nation. In this Reality Check session, the festival examines documentary works made in different regions and the experience of making them from various vantage points revealing a tapestry of Filipino identity.

For the fifth day, Daang Dokyu will present documentaries about the direction of documentarists and the documentary practice in the country. The Reality Check session for this section explores the area of vulnerability in the cultural and democratic life of Filipinos.

Other Festival Initiatives and Activities

Researchers of Daang Dokyu have already found over a thousand documentaries for its Dokyubase, a long-term database project aimed at tracing lost and forgotten histories of documentary film and video in the country. It is continuously discovering more titles as of late.

A collection and recollection of histories and stories, as well as views and interviews, centered on the rich landscape of the Philippine documentary in film and television.

The first-ever Philippine Documentary Forum is the culminating session at the festival, providing a space for debate and dialogue in a time of fake news and disinformation as well as a look back to the country’s past.

Daang Dokyu will also hold industry sessions during the six-day event. It will include roundtables, lectures, and masterclasses of renowned documentarists in the industry on the most relevant and pressing concerns of the documentary community and industry.

See the tickets prices to Daang Dokyu screenings below:

Get your Daang Dokyu tickets here.