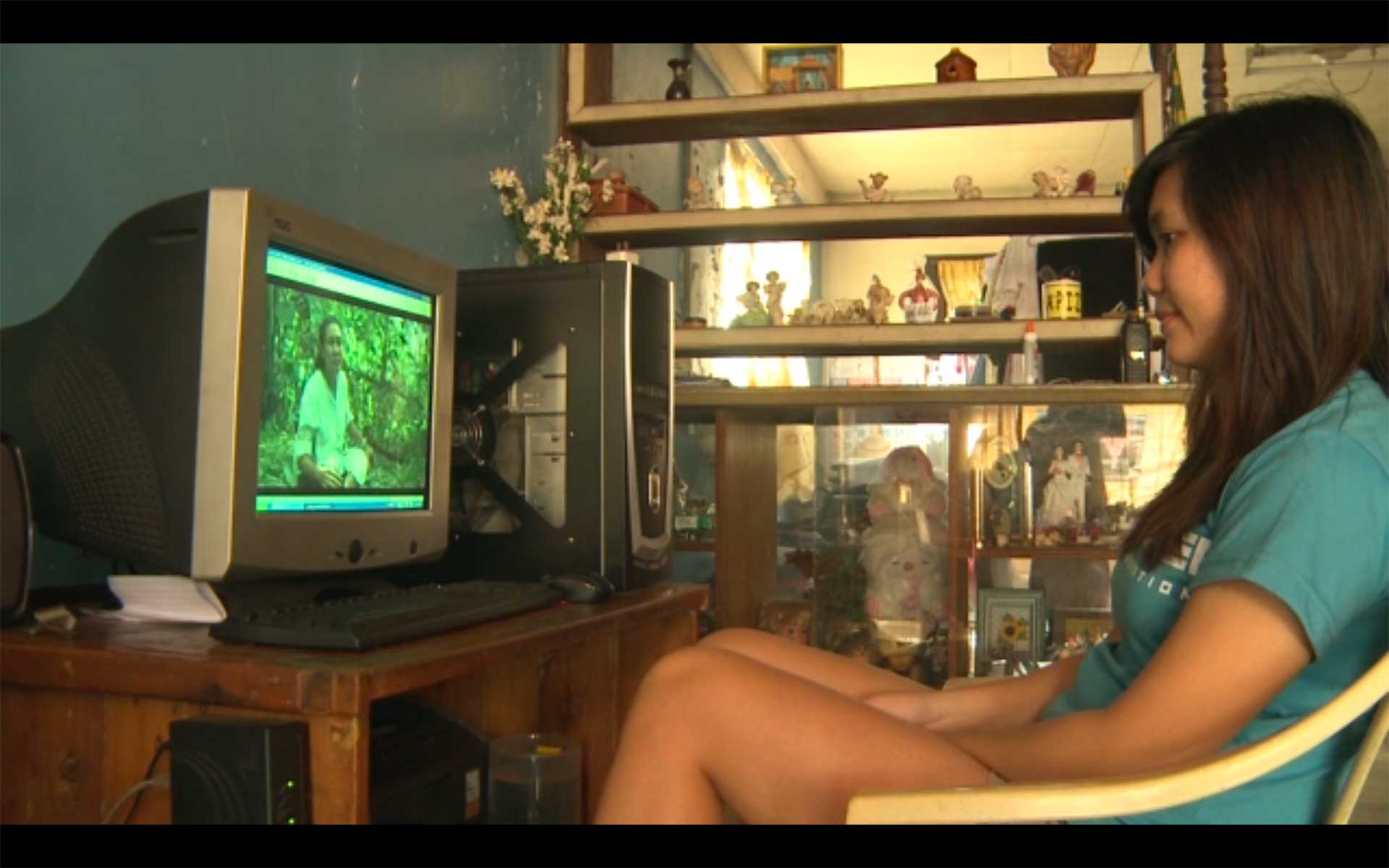 Perception is Real, Truth is Not: Daang Dokyu Films that all Filipinos must-see.

The history of Filipinos is under attack by revisionists. Right now, right before our eyes, misinformation is deliberately being spread online as an attempt to bring oppressors back in power. Now, more than ever, we need films that show the true struggle and history of Filipinos. Films on real life, real suffering, and real injustice.  Films that need to be seen by its Filipino audience. Films that spark conversations.  These are the films that Daang Dokyu, a Festival of Philippine Documentaries, is currently streaming under its section “Nation: Perception is Real, Truth is Not.”

Eleven films comprise this section, running for a total of ten hours and twelve minutes. The festival is happening fully online and these films are available for 7 days from October 9-15, 2020 at the festival’s streaming site DaangDokyu.com/watchnow. A new section is introduced every Friday until November 5.

“If last week’s section, Ecology, is the ruined body, the Nation section is the battered soul. So if you have been following Daang Dokyu’s program over the past weeks, I’m sure your heart has gained enough additional muscle to journey with us through this new section. These documentaries are not easy to watch, but by seeing them, something is gained, something is given to the Filipino viewer. ” states Jewel Maranan, one of the festival directors.

The section presents works reflecting on the conflicts and struggles from the previous decades and connecting with the current issues and experiences today. Whether direct cinema, essay films, mockumentaries, experimental, or hybrid forms, the films in this section chronicle our history’s transformations and collective experiences. It interrogates both historical memory and the documentarists’ complex relationship with truth and view of reality.

Films in this section are Aswang (2019) by Alyx Arumpac; Yanan (2013) by Mae Caralde; May Istorya nga Tayo, Patay Naman Tayo (2001) by The Probe Team, directed by Howie Severino;  Mendiola Massacre (1987) by Lito Tiongson, produced by AsiaVisions through IBON Foundation; Marcos: A Malignant Spirit (1989) produced by ABS-CBN News, hosted by Angelo Castro, Jr.; A Rustling of Leaves: Inside the Philippine Revolution (1988) by Nettie Wild; Sa Mata ng Balita: The Birth of Philippine TV, The News and Many Firsts, Unos at Puntos sa Bagong Milenyo (2003) by Ricardo Trofeo, produced by ABS-CBN News; Tupada ’92: The Philippines in the Year of the Elections (1995) by Fruto Corre; Maid in Singapore (2004) by Clodualdo Del Mundo, Jr.; The Delano Manongs: Forgotten Heroes of The United Farm Workers Movement (2014) by  Marissa Aroy; and Queer Transnational Love in the Time of Social Media and Globalization (2017) by Adrian Alarilla.

“In these documentaries—from urban to rural; from Manila to Mindanao to the US—we see how common Filipinos seek survival in the face of poverty, injustice, discrimination, etc. Some chose to feature the act of documenting as dissent, some took up arms, others went to find greener pastures in other countries. These comprise the texture of rich experiences, always reflected upon with the Filipino identity as an index. In effect, the section maps a mediation of a nation where nation is not a given but one that has always been negotiated and fought for,” explains one of the curators, Adjani Arumpac.

Maranan adds, “Many of the topics of the documentaries in the lineup are also staples of news that we see almost every day and every week. But told through the searching eye of documentarists, the lineup altogether offers a view not less comfortable but hopefully more enlightening; sometimes paralysing in their severity, but also inciting.”

Aswang, which had a successful online Philippine premier last July, is a film that documents the killings and atmosphere of fear in the streets of Manila and other parts of the country under the current administration’s drug war, largely affecting the city’s poor. Yanan depicts the remembrance of Ka Yanan, a member of the revolutionary armed movement who died during an encounter with government troops, through letters and memoirs left with her son and two daughters who survived her. May Istorya nga Tayo, Patay Naman Tayo relates Howie Severino’s experience with fellow journalists caught in the crossfire in covering the siege that happened in Lamitan, Basilan in 2001.

Mendiola Massacre, Marcos: A Malignant Spirit, and A Rustling of Leaves: Inside the Philippine Revolution are some of the titles that comprised the festival’s launch last September 19 to 23 and are having a longer rerun this week.

Mendiola Massacre is a 1987 newsreel by the group Asia Visions on the massacre in Mendiola Bridge on January 22, 1987, the first bloodbath that marked the Aquino government after the EDSA uprising. Marcos: A Malignant Spirit contains rare footage and recorded conversations about Ferdinand Marcos’ ill-gotten wealth and quest to return to power even after his overthrow 1986.  A Rustling of Leaves: Inside the Philippine Revolution is a chronicle of the three points of a political triangle during the early years of the Corazon Aquino administration — the legal left, the illegal (armed) revolution, and the enemy which threatens them both: the armed reactionary right.

Sa Mata ng Balita: The Birth of Philippine TV, The News and Many Firsts, Unos at Puntos sa Bagong Milenyo looks back on the 50 years of television history. Tupada ’92: The Philippines in the Year of the Elections shows the coverage of the 1992 Philippine national elections with inserts of a seer’s ominous visions, including the return to power of the Marcoses. Maid in Singapore explores the lives of three women working as domestic helpers in Singapore. The Delano Manongs: Forgotten Heroes of The United Farm Workers Movement tells the story of Larry Itliong and a group of Filipino farmworkers who instigated one of the American farm labor movement’s finest hours. Queer Transnational Love in the Time of Social Media and Globalization, analyzes the possibilities and impracticability of queer, long-distance love.

Maranan encourages the viewers to see all the films in the lineup. “Each film in the section is a story and slice of the Filipino reality worth knowing. But seeing the films altogether gives the viewer something more— a window to historical consciousness. By curating films that bring out interconnected realities, the program offers a vantage point. This is the real harvest. By allowing each film to expand the context of the next film, we discover the power of documentaries that seems to feed on time, which continues to link together, swell and add up as the closest we can have of—a social memory. This is the real farm.

A talkback is being offered by the festival to provide the audience with a venue to gain further insights about the films and the section in general.

In the talkback posted on the festival’s Facebook page and Youtube channel, the panel speakers discussed the specific role of documentaries in contributing to the story of the nation. Further, it debated also on the reasons and process of documentary filmmaking, how the genre can gain more audience, and how educators can use them as tools for learning.
The talkback was moderated by Boy Abunda.  He was joined by Ramon Guillermo, faculty regent, UP Diliman, Southeast Asian Studies scholar; Clodualdo del Mundo, Jr., film scholar, writer, filmmaker, Maid in Singapore (2004); Ramona Diaz, filmmaker, Imelda (2003) and A Thousand Cuts (2020); and Nicole Curato, sociologist, University of Canberra, editor, The Duterte Reader.

More about the Festival

Trends and Reflections: An “A Secret Affair” Review

It is made possible with the support and partnership with the Office of House Deputy Speaker Loren Legarda, National Commission for Culture and the Arts, UP Film Institute, and Probe Media Foundation.

More information about the festival is available at daangdokyu.ph.