I’m not really into gore porn (especially those that have Eli Roth’s name in the movie poster) but The Green Inferno’s trailer suggested that it may have some environmental and political themes embedded in the story, so I thought I’d give it a chance. I didn‘t think that anything would top Attack on Titan 2’s fail pretty soon anyways so maybe it won’t hurt to give an Eli Roth film a shot.
True enough, the movie did start with a group of student activists going on a hunger strike. Somehow this gave me the impression that the movie may have some sort of substance in it as I had hoped. We tread along neo-colonialism and capitalist premises, and the film gives us a little bit of educational discussion on how corporations intervene and manipulate societal issues to their advantage. However, in spite of the storyline showing some promise in the social awareness department we don’t really get further than the usual “Pocahontas” depiction of colonialism. We see a glimpse of the cultural struggle between different civilizations, but this was thrown into the background to serve as a foundation for the gore-porn that the film was trying to achieve in the first place. 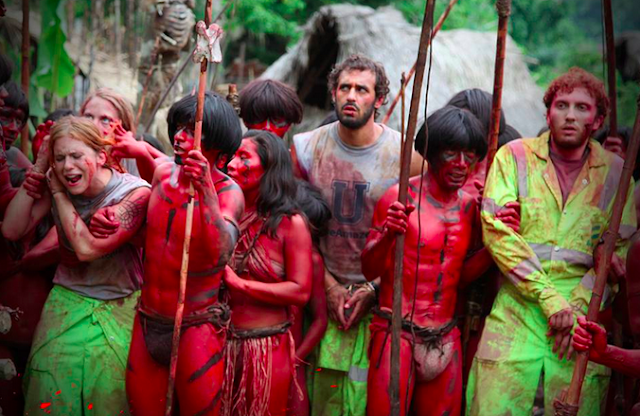 The first half of the movie was pretty much exposition and in spite of my love-hate relationship with scenes showing carnage, I kept on anticipating the part where the plane finally crashes and the natives come in to start the fun. It somehow reminded me of the cannibal movies of the 80’s in terms of form and storyline, although I personally think that this was a much tamer version. The anticipation and build-up towards the slaughter was effectively done, and even though I was cringing at every limb getting detached and every fresh bite on the flesh – I still found it hard to look away from the screen. 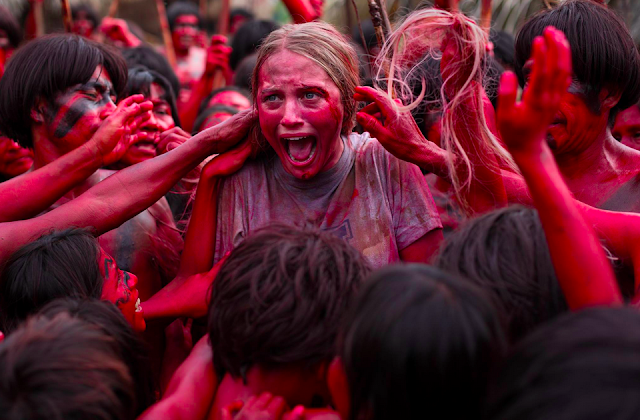 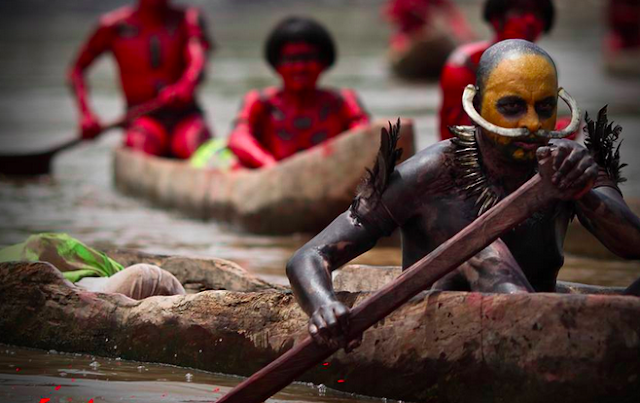 But then again, the movie isn’t perfect, and every now and then I was distracted by the bland performances of the leads. Frankly, the cast gives me the impression that this is another lame Eli Roth b-movie, and I kept on fearing that it’s going to be Aftershock all over again.
***
The Green Inferno felt like it takes inspiration from the cannibal movies of the 80s, and if we talk about gore I say it pretty much meets the standards. Sadly, I cannot be all-praises for the movie, as the acting performances were a letdown, and I’m not exactly happy with its depiction of social activism. But that’s just me. If you’re a fan of gore-porn you might still enjoy this one.

Credits to the images and videos used in this post go to “The Green Inferno” and/or to their respective owners. I do not own these materials. No copyright infringement intended.