Instant  Mommy has probably been one of the most “attractive” entries in this year Cinemalaya Festival, primarily because Eugene Domingo stars in this film. I think it has become a trend lately, whenever Eugene Domingo is on a movie, everyone spontaneously wants to see it. I can’t blame them really, Eugene Domingo is good at what she does, and she’s one of the very few actresses in the Industry who can truly pull-off the so-called “Acting Without Acting” style of onscreen performance. But seriously, after seeing Instant Mommy, I think I’m already starting to get too much of her in movies. 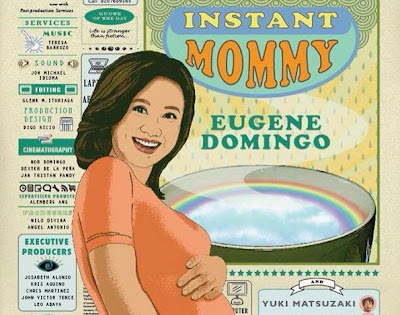 Instant Mommy follows Betchayda aka Betchay (Eugene Domingo), a wardrobe assistant of a TV commercial production team. She has a long-distance relationship with a Japanese businessman (Yuki Matsuzaki), and all seems to be going well for them when Betchay gets pregnant. However, she has a miscarriage and not wanting to disappoint her lover, uses her experience in commercial production to pretend that she’s still having a baby.

Given the premise and the fact that Eugene Domingo’s the lead, I was expecting this movie to be so much fun! It was indeed hilarious however, only up to a certain point, since I didn’t see anything new in this film. Nothing from the plot, or from Eugene’s performance.
Even if we were given a unique premise, the storyline would still fall under the typical Filipino comedy that we’re all too familiar with. The type where the lead character gets into trouble for doing something stupid, and then gets into a series of comical situations afterwards. The fun that I was hoping to come from this movie was one that was closer to real life, something that would make me think it’s funny because it’s true. This wasn’t the case unfortunately and because of that, the film as a whole wasn’t very relatable.
Eugene’s charm still works, and she’s able to demonstrate her acting prowess in the movie, be it in comedy or drama. However, the way she is in this film, is the same as she is in the countless other movies that she has starred in. She’s funny alright, but she’s still the usual Eugene Domingo that I’ve already been seeing. I’m not saying that there’s something wrong with her acting style because it works perfectly and effectively, but I think it would be nicer if we see her in a different light this time. I’m starting to get too used to her that at some point, she’s starting to feel like one and the same character, starring in different movies. 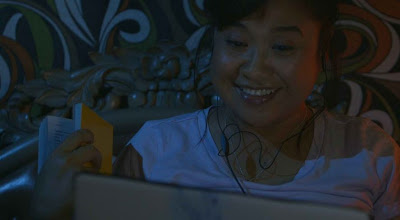 Instant Mommy was fun, but only up to a certain point. I think it would remember it more as one of Eugene Domingo’s mainstream comedy movies instead of a Cinemalaya entry.