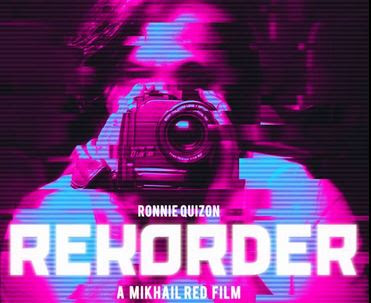 I guess what most people love about Indie films is their genuine, spontaneous, in-your-face quality. The plot, the direction, and especially the acting performance in many local indie movies feel so real, and they give us a break from the stylized and artificial stories of many mainstream flicks. Rekorder stays true to this Indie film quality, and I was glad about it because I really needed that after my huge disappointment with The Diplomat Hotel.
Rekorder follows Maven (Ronnie Quizon), a former cameraman during the 80s who has now resorted to movie piracy for a living, smuggling an old video camera inside cinemas to illegally record movies. On the night when he was supposed to do his last recording, he captures something else on his camera that catapults him into a wave of grief, guilt, and regret.

What makes Rekorder relatable and thrilling is that it taps into our fear of getting caught, which I’m pretty sure everyone has already experienced at some point in their lives. The film playfully keeps you on your toes by showing us several instances when Maven almost gets caught doing his dirty work, even getting up close and personal with the very people he’s been hiding from. It is easy to relate to the circumstances of the character because just like him, we all have something to hide, we are all guilty of doing something that we don’t want others to find out. Through this approach, the film becomes engaging, and you become engrossed with the character, hoping that he doesn’t get caught in spite of knowing that he’s on the wrong. This, coupled with the incredible scoring and outstanding direction made the film feel so close to real life.
Of course, the character won’t be as relatable as he is if it wasn’t for the remarkable acting performance of Ronnie Quizon. He looks like the part so much that it’s not hard to imagine that he’s the real deal, who was just picked up from the streets to play the part in the film. His portrayal of the character was not artificial, and he has such a strong onscreen presence that you can feel the character’s struggle even if he doesn’t speak much in the whole movie. 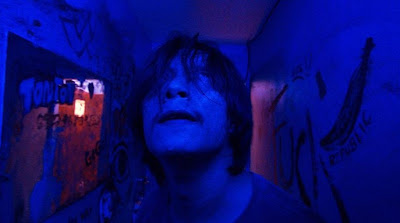 Other than the hint of violence and poverty porn, the film also explores the apathy of people to social issues. The indifference that is the result of the “mind-your-own-business” mentality that we developed. We’ve seen this in the news, both locally and internationally. In the film, this was illustrated by Maven’s preference to stay behind the camera – to be a bystander who is indifferent to what goes on outside his recording.
I can’t exactly say that the I was satisfied with the film’s ending which offered redemption to Maven’s otherwise sullied life, but when I tried to come up with a better alternative, I cannot think of any either.
Rekorder exemplifies the qualities that I love about Indie films – the relatability to real life, the natural acting, the tackle of social issues. It was engaging enough for the regular moviegoer, and it’s a must-see if you want a peek at what goes on in the streets, beyond your buildings and office cubicles.

Credits to the images and videos used in this post go to “Rekorder” and/or to their respective owners. I do not own these materials. No copyright infringement intended.