Channing Tatum Confirmed as the Mutant Gambit in X-Men Spinoff

What happens when you have a devilishly charming superhero played by an equally charismatic (not to mention hot) superstar? Throngs of fan-girls losing their minds. That’s what happens. 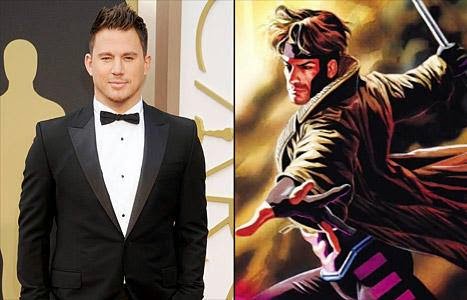 This may soon be the scenario, with the recent confirmation of X-Men producer Lauren Shuler that Channing Tatum is playing the roguish mutant Gambit in a looming X-Men spinoff similar to Hugh Jackman’s X-Men Origins: Wolverine.
When asked by Total Film during the X-Men X-Perience Global Tour last May 12, Shuler confirmed that “It is Channing, yes”, and he seemed to be the best fit for the character, being “a rogue… a rascal, just like Remy LeBeau”, referring to Gambit’s real name.
See Total Film’s interview with Lauren Shuler below:
Now I wonder what happened to Taylor Kitsch, who originally played Gambit in 2009’s X-Men Origins: Wolverine.
See also
geoffreview·
Movies
·April 8, 2014

Factions and Passion: A “Divergent” Review 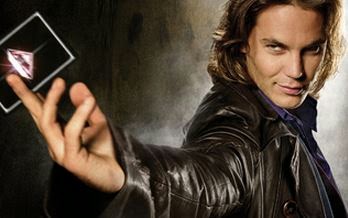 What do you think? Channing Tatum as Gambit. Yay or Nay?
{Image Credits} {Source} {Source}

Credits to the images and videos used in this post go to “Total Film”, “The Insider”, “Rotten Tomatoes” and/or to their respective owners. I do not own these materials. No copyright infringement intended.
Geoffrey Ledesma