Candies and Crossbows: A Hansel and Gretel: Witch Hunters Review 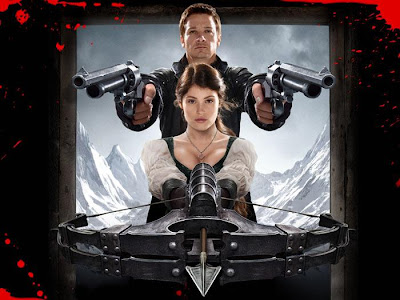 I used to be fascinated by the story of Hansel and Gretel as a kid, not because of the bravery of two little children against a child-eating witch, but more because of the gingerbread house made entirely out of sweets. Just imagine that, a whole house made up of the best sugary creations there are. Now who wouldn’t fancy that?
Hansel and Gretel: Witch Hunters takes our classic fairy tale to different level by telling us what happens to these siblings after the gingerbread house / witch-burning incident. Apparently, Hansel and Gretel grows up to be famous witch hunters who dedicated their lives to eliminating every witch they could find. And we’re not talking about pitchforks and lighted-torches kind of hunting here. This is bad-ass witch elimination – complete with shotguns, crossbows, and MMA-ish fight moves.
I watched the movie in 3D at Robinsons Forum, but only because that’s the only screening still available at that time. In spite of the film being shot for 3D, I don’t recommend it for 3D viewing since it doesn’t really have much visual spectacle…unless you enjoy the feeling of witch blood seemingly splashing on your face.
The movie’s version of Hansel and Gretel definitely gave our bedtime story a twist. The sweet and innocent Hansel and Gretel we know are depicted as ruthless witch-killers in the movie. Not bad actually. We get to see what goes on beyond the story we knew, like there were other townspeople, other witches, and that fanboys already existed back then. The action scenes were good, it’s like you’re actually watching an action film, except that the bad guys in this one are hideously ugly at a different level. Speaking of the bad guys, the witches were creatively depicted in the movie and they were effective in being scary. Too effective that during the part where a lot of witches came together, the scene felt like a gathering of different Lady Gagas.
Jeremy Renner and Gemma Arterton were great in their own individual roles. I personally don’t think though that they would pass together as a brother and a sister. As I was watching the movie I kept on having the strange feeling that they’re going to make-out anytime. Maybe it’s because they looked good together as a couple. Or maybe it’s just because it’s weird seeing Jeremy Renner with a hot girl in a movie and not hook-up with her. Famke Janssen is also amazing in depicting the dark witch Muriel. She and her cracked-up witch face that looked like chocolate crinkles. 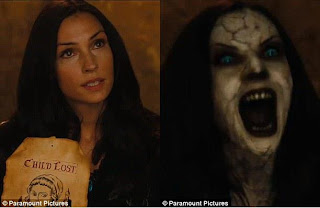 There was nothing special about the plot though. It was very predictable actually. I’m not going to spoil you and tell you what happens in the story but I’m telling you, don’t expect some mind-blowing twist. In the end, the movie just felt like a typical fairy tale.
Did I enjoy the movie? Yes I did. Although it would make no difference if you’d just wait for it to be shown on HBO. You know those movies that feel more epic when you watch them on the big screen? This movie isn’t one of them. You won’t miss anything by watching it in the comfort of your home.
One question keeps on bugging me though: Who’s older, Hansel or Gretel? 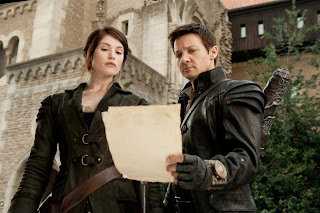 First and third images in this post are from the Hansel and Gretel: Witch Hunters Facebook page. The second image is from the Famke Janssen Facebook page. Credits to these images go to the mentioned Facebook pages. No copyright infringement intended.