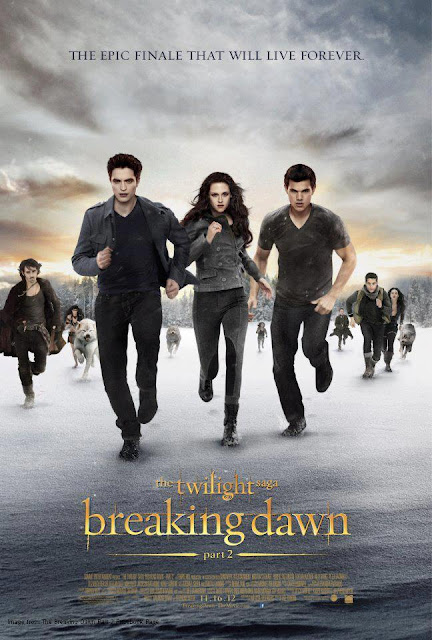 I have to admit. Suprisingly, I actually liked the second part of Breaking Dawn.
I wasn’t expecting myself to enjoy seeing Breaking Dawn Part 2 because some of my friends who have seen it didn’t like it and the first part according to them was just as boring. Plus, the only movie of the Twilight series that I have seen before this is the first one  and I found it sloppy. I’ve also read the first book and it was okay but I couldn’t stand the cheesiness of it all so I didn’t attempt to read the rest.
Okay, enough of trying to defend myself.
Once again, I’ve seen this movie for free (Yay for free movies!) because a good friend of mine  got two free tickets from Globe for tweeting that they are the best network.  A gazillion pogi points to Globe for rewarding its loyal customers. Let this be a lesson to the rest of us. Always say or do nice things to others – even the smallest good deeds can be very rewarding…anyways my friend was nice enough to take me along with her to use up the tickets (it’s not like I was the first choice but hey, I’m not complaining) and the movie was worth it!
I particularly enjoyed the movie because of the battle scene. Without it, the movie would have sucked big time. We actually felt nervous when the Cullens were confronting the Volturi, not knowing what the ourtcome will be because yes, we haven’t read the books. It was fun watching the different abilites of the vampires belonging to Carlisle’s group being utilized in the battle. I always love scenes where a variety of characters come together and work against a common enemy. My friend and I were hooked up to the screen during the battle. It was quick,  simple, it was a spectacle. 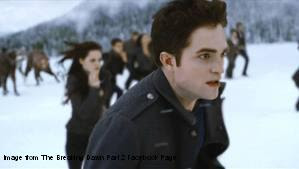 I now understand why my friend found the first part of Breaking dawn boring. It’s because the good stuff are here in the second part. It was good that the boring conversations were cut shorter and the movie was heading hastily to the climax. And the unexpected twist at the end of the battle  was genius. It wasn’t hard to guess but I wasn’t expecting it either. A very good example of unpredictability.
Once again though the CGI was lousy. The part where Bella was running over the mountains didn’t look smooth and the baby looked awkward instead of cute. The ugly special effects was one of the things that turned me off in the first Twilight movie and apparently not so much was done a few movies later. And yeah there also wasn’t much improvement on Kirsten Stewart’s poker face. 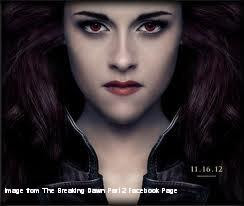