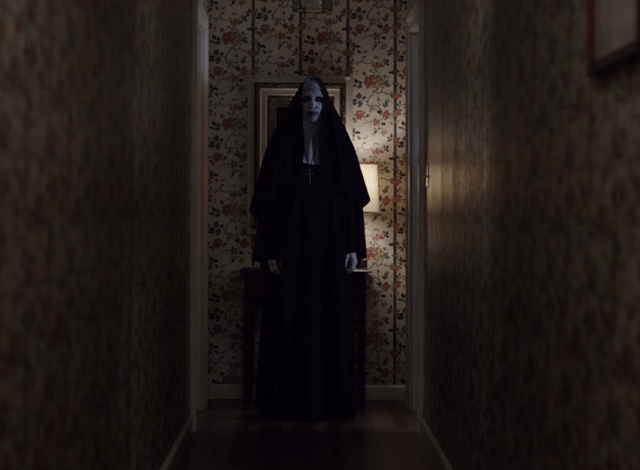 THE CONJURING 2 is not only an effective haunted house horror film; it’s an interesting public housing critique. Whereas the predecessor dabbled with kitschy horror intertexts, these tropes worked better in the sequel, in lieu of a grim social phenomenon it undoubtedly commemorates. 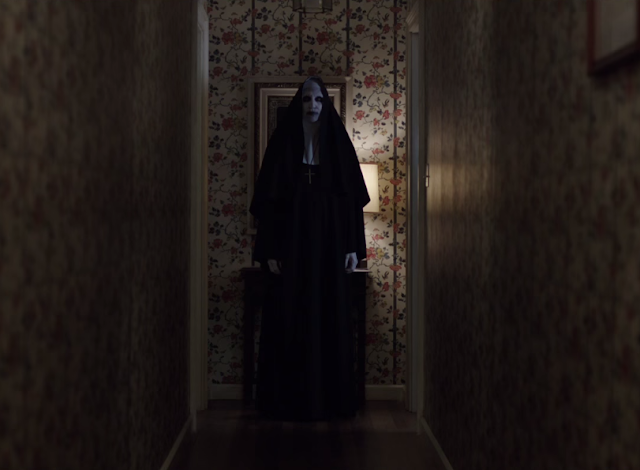 Based on a true story, the CONJURING sequel finds the Warrens (Vera Farmiga and Patrick Wilson) facing a new strange paranormal activity in England. After a few episodes of spooky encounters, they are called to investigate the case of an eleven year-old girl named Janet Hopgson (Madison Wolfe) who seems to be possessed by a certain Bill Wilkins. Under much cynicism on the young girl’s behavior, everyone else seems to be walking out on the Hopgsons. But the Warrens found a piece of the puzzle that connects their own haunting memories to the Hopgsons – a key to end their conjuring.

A piece of horror pastiche, the tropes resound like inevitable ghosts – a distressed single mother, pasty-skinned Emily Rose victim, seniors as demon-ghosts, cranky old house with shaky furniture and even a Nosferatu throwback. While newer schemes in cinematography and editing bring in the spooks, what is much apparent in Wan’s horror-drama is his heavy reliance on these horror intertexts that extend to the political background. CONJURING 2 takes its cues from THE EXORCIST, POLTERGEIST & THE OMEN as it finds its 70s youth in ethical and moral chaos possessed by an agitated spirit that must be calmed down as it still rests in confinement. Wan subversively plays with elements of 1970s England, mixing its pop culture and political climate in providing weight to its central horror story, that it is not just about a ghost haunting a family.

And in this case, a lingering TV image of the Iron Lady herself can attest to the Thatcherism that looms like a specter above the introduction’s poverty situation that has struck Enfield, as neoliberalism possesses the political economy of UK like a habit-toting demon disrupting state services like healthcare, education and of course housing projects. As with classic 70s supernatural horror films, the anxiety wrought about by the bigger picture on the smaller unit of a family is expressed in demonic possessions that provide only clues to their oppression.

In a subtle manner, American conservatism takes center stage to “save” possessed youth, that’s why its sudden shift to cheesy romantic sentimentalism is needed. A Hollywood-stamped ending that proves only (Christian) Americans can save the day as they blind the discourse away from the political to the personal aspects of married life and family.

These old tricks still prove effective, and they anticipate the Catholic-backed Reagan era in the US, and even in our case the Aquino administrations. While James Wan has become horror’s most iconic visionary, he understands the fact that reality is indeed scarier.
Credits to the images and videos used in this post go to “The Conjuring 2” and/or to their respective owners. We do not own these materials. No copyright infringement intended.