An Epic Story of a Conman: A “The Wolf of Wall Street” Review Epic heroes do not have godlike powers but they sure are smarter, braver, and stronger than the average person. And that is Jordan Belfort, a mad genius and the Wolf of Wall Street. The movie, titled after his own memoir, is definitely not everyone’s cup of tea and it’s not just because it’s R-18. The movie just so happen to hold the record for having used the word “fuck” the most times in a commercial film.

The Wolf of Wall Street Trailer

Movie director Martin Scorsese must be eating obscenity for breakfast when he was making this film. What I saw was 180 minutes of bacchanal — women running and pumping in their birthday suits (full frontal mind you), use of explicit language worthy of crucifixion in the Philippines, and drug use that makes Claudine Barreto look like a nun. Simply putting it, the film threw out all the morals institutionalized by mankind. 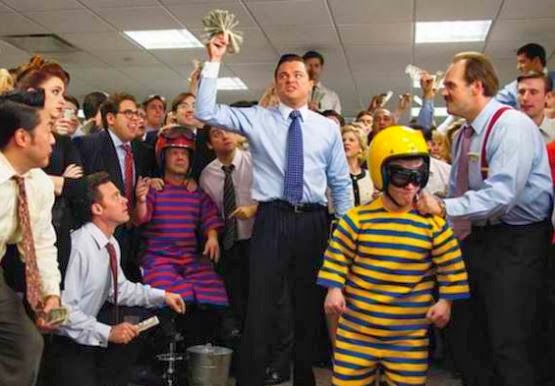 It so happened that this same lack of moral is one of the film’s successes. The depiction of the decadence in Wall Street or people behind the financial market is riveting, and what better way to give justice to the greed of Wall Street than a dark comedy? The lead role played by Leonardo DiCaprio captured the twisted, self-indulgent conman that is Jordan Belfort. Notable was the romantic irony wherein DiCaprio suddenly speaks to the viewers as if reminding you that you’re in a cinema, showing you how rich people can do anything and get away with it.
Even the film production itself was so outrageous. It employed a montage of film techniques, from high speed camera shots, to long shots and even post edited scenes resembling 90’s VHS feel. However, as convoluted as it is, it actually reflects the real essence of Wall Street – anarchy. 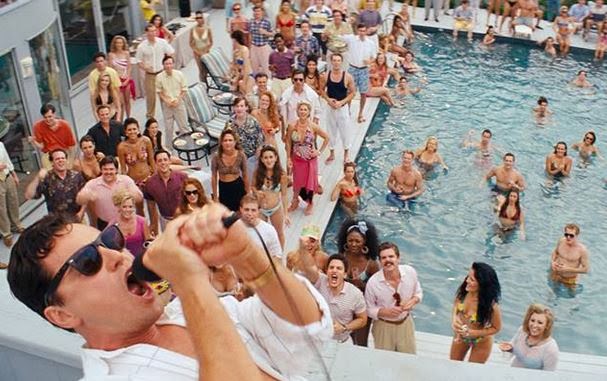 This is one of the few times a mainstream film was able to keep me on my toes. So unorthodox was its treatment that it simply refused to redeem its characters. The same way we like epic stories, heroes rise into a high stature that it would be so tragic to see them fall. This is where the epic analogy stops. Unlike epic heroes, he never gets to redeem himself, at least for me. In fact, Belfort did not pretend he was for the common good nor imbibed upright morals, he simply echoed the crap that financial market forces upon us- “Everyone wants to be rich, and everyone wants to be in”. 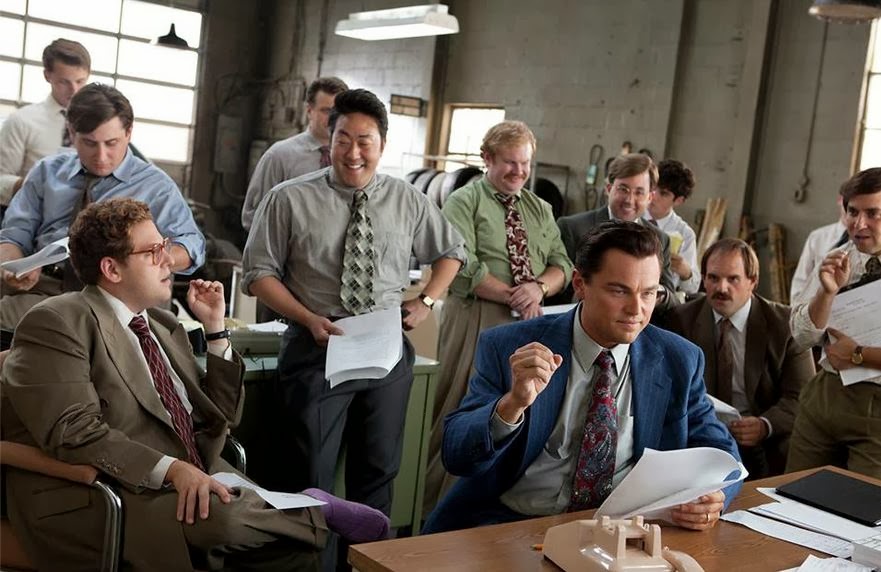 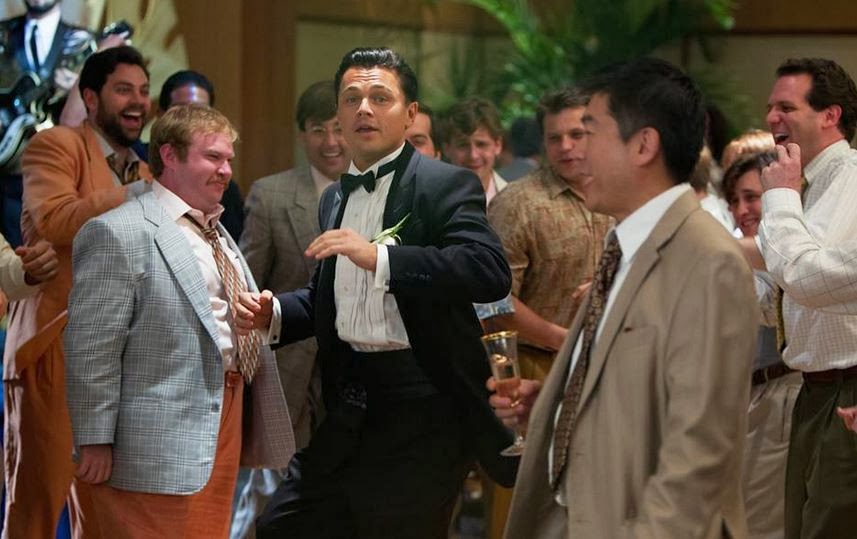 And in a time where financial crises are getting more recurrent, it is but necessary for them to immortalize these brands of “epic heroes”. Thank you Martin Scorsese for telling us that the people behind Wall Street are geniuses and they deserve to be corrupt. In fact they are so great that they even deserve a second chance. To put it in context, the movie negates all political sensibilities of American people towards the 2008 financial meltdown. By choosing not to redeem its characters, it instead sought to redeem the Wall Street and the people’s trust on the federal government. And at the end, just like a stock broker would do it, the film shoves a message down the viewers’ throats – whether you like it or not, Wall Street is here to stay, and they’ll be back with not just a wolf but a pack of them.

Credits to the images and videos used in this post go to “The Wolf of Wall Street” and/or to their respective owners. I do not own these materials. No copyright infringement intended.