I’m the type of movie-goer who usually prefers the action-packed, adrenaline-filled, mind-blowing movies over the slower-paced ones that’s got a lot of talking. This is why I was a bit surprised with how much I loved “Before Midnight” and the earlier “Before” movies (yep, I had a marathon). I’m telling you, these films are basically just two people talking ALL THE TIME. 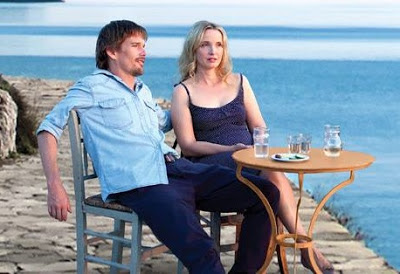 Nine years after their last meeting in “Before Sunset” and eighteen years after their first encounter at “Before Sunrise”, Jesse Wallace (Ethan Hawke) and Celine (Julie Delpy) are now living together with twins. Their family spends the summer at the Greek Peloponnese peninsula where they have good conversations with a few close friends about their experiences with love, fleeting relationships, and marriage. As the day goes by, Jesse and Celine reflects on how far they have gone, and deliberates how they will face the future together as a family.

The first thing that came into my mind when I saw Ethan Hawke and Julie Delpy in “Before Midnight” was, “Whoa, the years have not been nice!”. But then I realized I’m not really as cute as I was eighteen years ago so I just stopped judging. Actually truth is, in spite of the wrinkles here and there and the sagging breasts (yep, I said that) both Ethan and Julie have not lost their charm. Their portrayal of Jesse and Celine still has that natural appeal that makes their conversations so relatable, making it not hard to get engaged in their discussions. For a movie that is this character-centric, I say it’s a job well done by our leads. 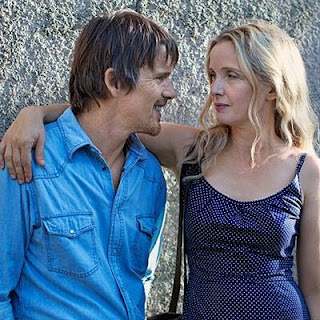 The humour has also gotten better this time around, well for me at least. Although the first two films were also witty in their own rights, “Before Sunrise” was fixated on making the conversations between the two leads romantic and heart-melting, while “Before Sunset” was really just a lot of flirting and sexual tension, which we don’t really get to see conclude (bummer). “Before Midnight” still has a lot of sex talk and mushiness but what makes this the best among the three is that it’s more amusing in an intellectual way. Its appeal comes from the fact that in spite of the characters being old, the humour is still relatable to my generation and it has adapted to the times. In a film that basically just follows the dialogue of two people, humour is essential and “Before Midnight” excelled in that department.
I’m quite sure that what made people love the “Before” movies (myself included) in spite of it being all talk, is that the discourse between our lovable characters are very much intellectual and sensible. You get engaged with how they view relationships, society, and basically whatever subjects that they end up talking about, then you get to decide who you agree with or even come up with insights of your own. Okay, I’m going to be honest and admit that at some point the movie, whichever of the three you’re watching, also becomes dragging and sometimes you even get lost with the fleeting topics of their conversations that it becomes tiresome. But then again, this is also one of the reasons why the movie felt so genuine. There were no fancy effects, no unexpected twists – just people talking, just like how it would feel like in real life. But still, I don’t recommend you watching these late at night, you might not get to finish the whole thing.
“Before Midnight” still made good use of beautiful sceneries as part of the recipe. The way the series had Vienna for “Before Sunrise” and Paris for “Before Sunset”, “Before Midnight” did the same with Greece. This was a huge part of the entertainment factor since given that these characters are just chatting and walking around, the beautiful setting serves as a wonderful background, like you’re having a tour of the place together with the characters.
If there’s one thing that would make “Before Midnight” stand-out from its predecessors, it’s the fact that here, an actual conflict between our two main characters happen. They actually fight and have an argument in this instalment. Sorry for breaking this to you but I’m telling you, this is the part that you should be looking forward to. If you’ve seen the earlier movies, you’d be excited to see how these intelligent characters would argue.
“Before Midnight” was as equally charming as “Before Sunrise” and “Before Sunset”, but several notches funnier. It can be a good ender to love the story of Jesse and Celine since we pretty much already have an idea of how they end up together, unlike the two, open-ended earlier movies.
And oh, one last thing. Just in case you’re planning to bring along the kids or watch this with your parents, I suggest you don’t. There’s some awkward nudity in here and if you’re like me who isn’t comfortable watching sex scenes with family members then go watch Monsters University instead for your family day. Aren’t you just glad you read this review from start to end?

Before Midnight will be showing in the Philippines on July 10, 2013. Many thanks to Reality Multimedia for inviting me to the advanced screening. You guys are awesome!

Credits to all the images used in this post go to their the Before Midnight PH,Before Midnight Facebook Page and/or to their respective owners. I do not own these images. No copyright infringement intended.