5 Questions that “Edge of Tomorrow” left us asking. 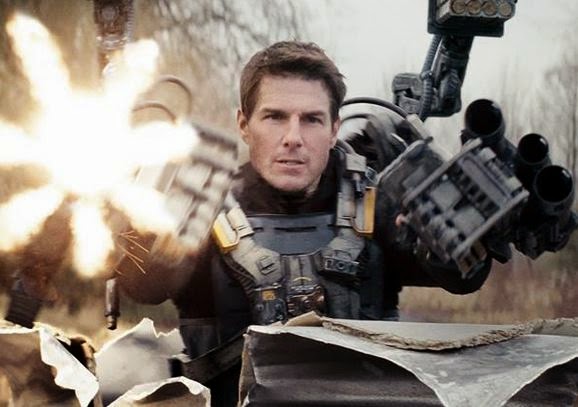 WARNING: Some spoilers ahead. Just some.
If I may be dramatic, I think it was no coincidence that I saw the first episode of “Sword Art Online” right before seeing “The Edge of Tomorrow”…okay, I think I just sounded nerdy instead of dramatic. 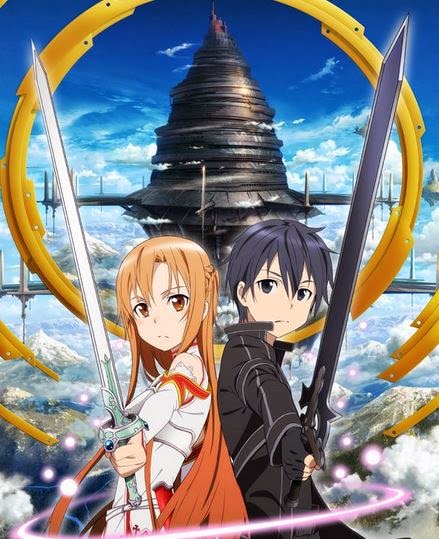 “Sword Art Online” is an anime about a virtual reality online game that traps its players inside a virtual world, with the only hope of escape being to finish the entire game. The catch is, there is no “re-spawn”, and dying in the game also means you die in real life. Right after seeing its first episode, I went to the cinemas to see “The Edge of Tomorrow”. The movie isn’t about a video game, but its main character, William Cage, probably felt like he was in one. However, unlike in Sword Art Online where a player can only die once, William re-spawns at a certain “checkpoint” in his life every time he dies. That, added to the fact that he’s on a battlefield fighting alien invaders sounded pretty cool, right?
“The Edge of Tomorrow” is based on the novel “All You Need Is Kill” by Hiroshi Sakurazaka.  It stars Tom Cruise as William Cage (Keiji Kiriya in the novel), a military spokesperson who gets trapped in a time loop, and resets to a certain point of his life after he dies. He meets Rita Vrataski (Emiliy Blunt), who apparently had the same abilities, and explained to him how he got this time-travelling skill from the alien invaders. Together, they use this knowledge to end the war once and for all.

The Edge of Tomorrow Trailer

In spite of all its inconsistencies with the novel, I actually liked The Edge of Tomorrow. This was pretty much a redeemer for Tom Cruise after starring in Oblivion, and I actually think that this is one of the best movies he’s had lately. However, just because this movie’s about sci-fi doesn’t mean that it can get away with lack of logic. Here are some of the questions that left me asking after leaving the cinema:

1.       How did Rita Vrataski find out that she has lost her ability to reset?

In the movie, Rita Vrataski tells William Cage that she also had the same ability that he has, but she has eventually lost it. If I’m not mistaken, you would only realize that you have lost the ability if you die but did not reset. If she didn’t reset, then she would have been dead and not be there in the first place to realize the loss of her so called powers. So how did she find out that she could no longer reset?
William Cage was able to realize that he lost his ability because he had a blood transfusion, something that Rita told him would remove him from the loop. But then again, he had Rita to tell her that. Rita couldn’t have found out that she lost her ability the same way because nobody was there to tell her. And even if she did have an idea, the only way to verify would be if she dies, and does not reset. Am I missing something here?

2.       Every time somebody who had the ability to reset dies, is an alternate reality created?

The “Multiverse Theory” states that for every decision we make, there is an alternate reality or parallel universe created, thus creating an infinite number of universes out there.

Let’ say we apply this theory to the movie. If so, whenever someone like William or Rita dies and resets, does the reality where they have died continue to move on and exist? Or does it just dissolve to nothingness? It also reminds me of “The Butterfly Effect”, which states that a small change or alteration in a certain system can lead to huge consequences to its later state. Whenever William makes small changes in every loop when he resets (the way he speaks, or the time he eats, for example), does it send ripples through time and cause major changes in the future? Furthermore, do these varied time loops continue to exist?

In the movie, Dr. Arthur explains that the Omega has the ability to control time. In the novel, it is said that when a “Server” mimic dies (I’m assuming this is the Alpha), antennae mimics sends battle information back in time to ensure victory. Given this seemingly efficient and effective control over time, why didn’t the Omega just reset when William was about to kill it? By this time in the movie, William has already lost his ability to reset, which means the mimics have regained theirs. Couldn’t the Omega, or even the Alpha just reset to the previous day when it has already realized that it was about to die at William’s hands?

4.       Does the time-looping ability only reset time, or does it allow a person to travel through time.

Okay this may be a bit confusing, but I believe there’s a significant difference. If the time-looping ability only resets time, then this means that it is William’s consciousness that goes back and wakes up in his earlier body. It’s pretty much like playing a video game and getting resurrected at an earlier checkpoint when your character dies.
Traveling through time however, is pretty much like “Back to the Future” type of time-travelling, where it is the that whole body goes back, therefore there could be two Williams at the same time. This leads us to question number 5;

5.       Does the time-looping ability allow an individual to be in two places at the same time?

At the first part of the movie, we pretty much get an idea that the ability allows William to reset – which means he wakes up in his earlier self, therefore the problem of two Williams existing at the same time is eliminated.
However, at the end of the film, we see William reset at the moment when he gets to London. It is also here where he gets the news that an explosion at Louvre has caused the defeat of the Mimics – an explosion that he himself caused in the future. Does this mean that when he was travelling to London, there also exists another William at Louvre who caused the explosion and defeated the Mimics?
This creates a paradox because the explosion is an event that happens in the future, after he gets sent away from London. This means a future event is happening during the present – which also means that two Williams existed at the same time. Given this, does the time-loop ability go beyond resetting, and can actually duplicate a person?
In spite of all these unanswered questions, I can still say that I enjoyed The Edge of Tomorrow. I personally believe that what makes a movie good, is if it keeps you disturbed and asking questions even after you have left the cinema. A good movie experience is one that does not end in the movie theatre itself. The Edge of Tomorrow was gripping, action-packed, and even funny at the right moments. It’s a refresher seeing Tom Cruise as a spineless noob instead a skilled figher that we’re so used to seeing him portray.
I have to say though that these questions are personal, and I may have missed a few things which is why I’m left clueless on some parts. If you have some thoughts or if you have some answers to the questions I asked, please let me know through the comments section below. Or maybe you’ve also got questions of your own?
See also
geoffreview·
Movies
·June 13, 2016

While you’re on it, I think I should start streaming Sword Art Online episode 2.

Credits to the images and videos used in this post go to “The Edge of Tomorrow”, “Sword Art Online” and/or to their respective owners. I do not own these materials. No copyright infringement intended.
Geoffrey Ledesma