2015 has been an amazing year for movie-buffs, with some of the highlights being Star Wars: The Force Awakens, Mad Max: Fury Road, Heneral Luna, The Martian, Avengers: Age of Ultron, among others. Admittedly, it’s been tough trying to keep track of all the blockbusters last year and see each one in the cinemas, which is why I’m extremely grateful to some (new) friends who contributed their reviews to this blog. 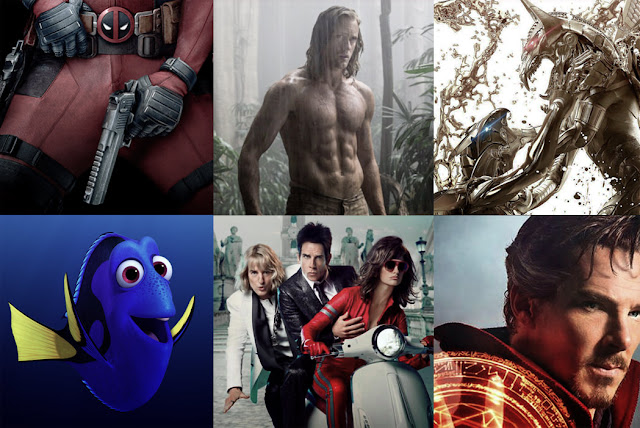 I already have a feeling that 2016 is going to be a bit tougher for me so I have to make sure that I stay organized! Here are the top 20 movies that I’m going to make time to see this year.

After the sorry excuse of a Deadpool that we first had on X-Men Origins: Wolverine, looks like Ryan Reynolds is gonna make it up to us with a more accurate version in 2016. Can’t wait to see him break more fourth walls!

Justin Beiber gets killed in this movie, so why wouldn’t you want to see it? Oh right, you’re a Belieber now.

Looks like the trend of having film adaptations of mythology is back. The human-to-god transformations are enough to convince me to go see this one.

What if animals ruled Earth instead of humans? Not sure if it’s gonna be more chaotic, or if they would actually do a better job in managing the planet.

To be honest, I’m already getting bored of the Divergent Series (in fact, I almost forgot that the franchise isn’t over yet). I’m gonna see this one just because I’ve already read the books, and I wanna see how they adapt those into film.

A darker, more serious take on the classic Jungle Book that I used to love as a kid. I still remember reading about the adventures of Mowgli and Baloo, so I’m pretty excited to see how this unconventional approach to a classic story would turn out.

Other than the action, I’m looking forward to seeing some bromance between Cap and Bucky. There are gonna be some, right?

Apocalypse is one the most iconic X-Men characters that I vividly remember from my childhood. Ever since I saw that X-Men after-credits scene with him toying with the pyramids like they were Lego blocks, I’ve always been on the lookout for his appearance on screen.

This gotta be DC’s answer to Civil War. It’s refreshing to finally see some hints of Justice League, not just an overkill of Avengers.

The first movie sucked bigtime so there’s no reason to get excited about a sequel, really. But Megan Fox’ acting is sooo bad it actually becomes entertaining.

I guess the first movie didn’t have enough magic, so they casted Harry Potter for the sequel.

We loved Dory just as much as Nemo in Finding Nemo. This adorable critter definitely deserves her name on a movie title.

This gives off the same vibes as The Jungle Book so why not? Also, I love seeing Christoph Waltz as a bad guy (and abs of course).

I’m sure this movie’s gonna be as relatable as it is cute. I’ve always had the impression that our Chihuahua feels lonely every time we leave him alone at home. Turns out he may be holding a house party when we’re out.

I’m more of a Star Wars than a Star Trek kind of guy but I realized that I know more about Stormtroopers than I do about Spock. Gosh mixing those up in one sentence already feels wrong.

We’ve already been feeling the hype in 2015, and I can tell that it’s just gonna be more intense in 2016. I’m still crossing my fingers about Jared Leto’s Joker, but knowing what an amazing actor he is, I think he’ll do fine. 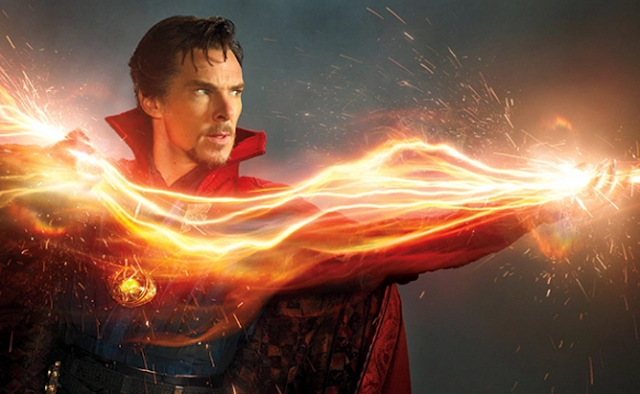 We’ve just seen the first images of Benedict Cumberbatch as Doctor Strange a few days ago and now I can’t think of a more perfect actor for the character.

Fantastic Beasts and Where to Find Them
Release Date: Nov. 18, 2016

Just because after all these years, we still can’t get over the Wizarding World created by J.K. Rowling. I won’t even mind one, two, or three more movies after this one! 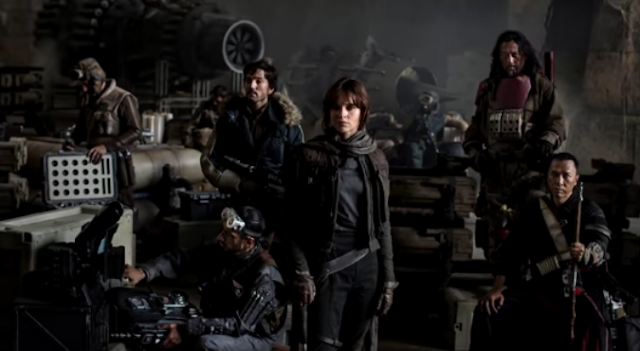 Sadly, we won’t get to see Episode VIII  in 2016 so we’ll have to hold on longer to the cliffhangers left by The Force Awakens. I guess Rogue One will have to do for now.

Other notable films next year:
Ghostbusters
Independence Day: Resurgence
Kung Fu Panda 3
The Huntsman: Winters War
Warcraft
Assassin’s Creed
My Big Fat Greek Wedding 2
Did we leave a few things out? Is there any particular movie that you’re excited about seeing? Let us know in the comments section below.
Reference: http://www.imdb.com/search/title?year=2016,2016&title_type=feature&sort=moviemeter,asc

Credits to the images and videos used in this post go to their respective owners. I do not own these materials. No copyright infringement intended.