The Magic of Theater: A Phantom of the Opera Review 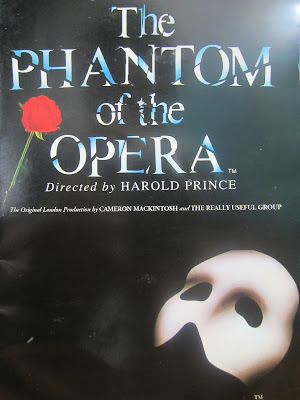 Magical – that’s what my experience watching The Phantom of the Opera was, if I had to describe it in one word.
Before this, I have not yet watched Andrew Lloyd Webber’s The Phantom of the Opera on stage, not even on small theater productions, so you can imagine my excitement when my sister told me she’s giving me a ticket as an advanced birthday gift. It’s a very rare opportunity to be able to get the chance to watch this production here in the Philippines so I grabbed it right away. I can imagine the next chance I may have to able to watch it would have to be on Broadway. 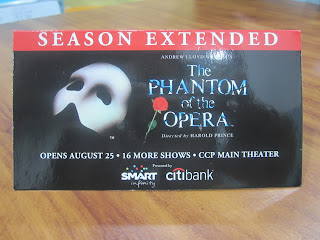 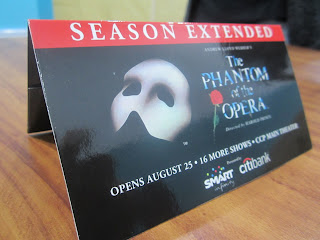 The Phantom of the Opera was supposed to run only until August 2012. But because of the high demand and in Producer James Cundall’s words, “unbelievable acceptance of the Philippine audience”, the show was extended until October 14 – which was great for me because I would have not had the chance to watch had it not been extended.  My sister got us tickets to the 8PM show on October 14.
After we almost got late because of the reeeaaally slow service of Dencio’s in front of CCP (poor customer service, I’m telling you), we got to our seats just in the nick of time. Our seats were at the Balcony II, so it’s way up high I got scared a little bit when we had to stand up for the singing of the National Anthem. From where we were, you can see the whole stage and even the orchestra, but I can’t say that it’s the best spot. Yes, we can see everything that’s going on but we’re very high up we can’t see the faces and emotions of the actors. Good thing though we got ourselves some binoculars sold just outside the entrance. 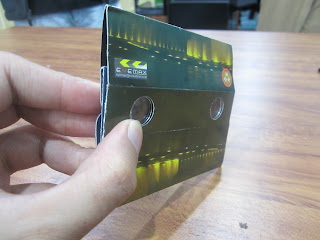 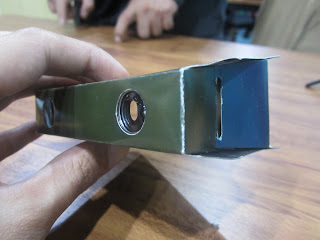 Another disadvantage of our seat was that there were scenes where the actors were either too far or elevated from the stage that we couldn’t see them because the stage set are on the way. But hey, I got to watch The Phantom of the Opera for free so I’m gonna stop complaining.
Right in the scene where the orchestra first played as the chandelier was uncovered and lifted up — ohhhh chills…my eyes and mouth were open and oooohhh goosebumbs! And that was just lifting the chandelier while the orchestra plays The Phantom of the Opera!
The cast was superb. I loved their acting. Even though I can hardly see their faces from our seats, I can feel every scene and they were all audible. But that’s not the best thing about the cast – it’s their singing! Makes you wonder why life is unfair as they can sing, act, and dance…and be good at all of it! Everyone was impressive – especially the Sopranos Claire Lyon who played Christine, and the very talented lady who took on the role of Carlotta. Brilliant, just brilliant.
The set and stage production was also breathtaking! From the props, to the costumes and stage design, everything was remarkable. The Phantom of the Opera is also plays within a play, so the design is not just for the play itself, but it also has to work for the plays portrayed within The Phantom of the Opera. And the production did not disappoint. There was a scene where the characters were in a masquerade, and I could just here the ooohs and ahhhs of the audience at their costumes. 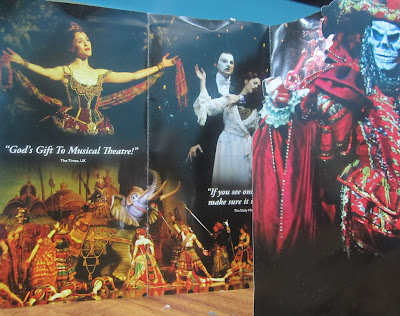 It’s amazing how the play were able to take us to different places. From the opera, to the Phantom’s home in the cellar, the whole experience was magical – almost literally. There were a lot of scenes where I was amazed at the tricks of the set – with “candles” suddenly appearing on the stage floor, fireballs coming out of the Phantom’s staff, even a disappearing act by the Phantom himself! The whole experience brought back the child in me!
With more than a hundred people behind the production, no wonder the play was as beautiful as it was. Seeing it actually stirred the frustrated actor in me – now I’m longing to be part of a play again. Congratulations to everyone behind The Phantom of the Opera! Long live the magic of the theater!