Have you tried singing in the shower, performing for an imaginary audience who applauds at your every note no matter how out-of-tune you get? I sometimes do, as it’s the only chance I have to let out the frustrated rockstar in me. Okay I know I’m not musically adept (apparently, a real audience is less tolerating than an imaginary one) but I’m sure I’m not alone in dreaming of becoming a member of a famous band, entertaining hoards of fans hungry for our music. 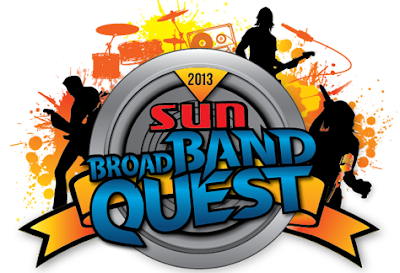 Recognizing that there is a huge pool of fresh Filipino talent out there who just needed a little bit of support to bring out their full potential and express their craft, Sun Broadband in partnership with MCA Music Inc., gave aspiring rockstars and undiscovered talents a shot at fame with the Sun Broadband Quest. This gave the talented Filipino youth a chance to showcase what they got and make their dreams a reality through their real passion – music. Through the quest, Sun Broadband brought out the creativity, showmanship, competitiveness, and fellowship among the participants to fully bring out and hone their potentials.

I was invited to witness the finals night last July 12 at the Music Museum, and boy it sure did bring out the Rock and Roll fanboy in me!
We had orchestra seats during the event so we had a good share of the fun and excitement as the finalists battled it out to be the next big thing. Out of the hundreds of hopefuls from all over the country, ten college bands emerged as the best. Each of them had their own unique style which they demonstrated by performing an original song and a cover.
Baby Boomers
Original Song: Kungkai
Cover: My Sharona by The Knack
These guys were brought together by their parents’ love for the music of 60s through the 80s, hence their name.  Good looks come with the great music of these proud Davaoenos! 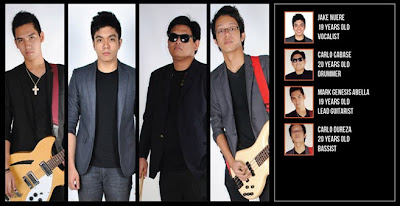 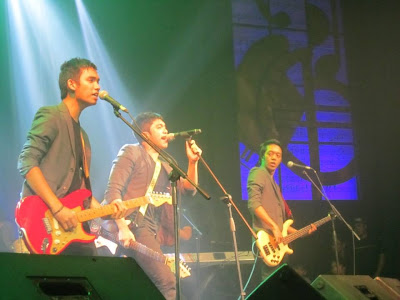 Bad Hair Day
Original Song: Friendzoned
Cover: Still Into You by Paramore
The only all-female group among the finalists. The moment that these ladies came in, I knew that they meant  business! It’s also easy to tell that they love Paramore with their on-stage attitude and flair. Yay for girl power! 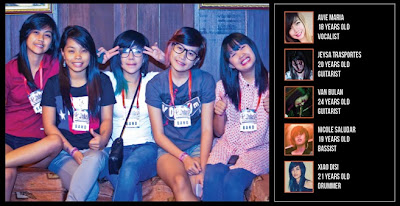 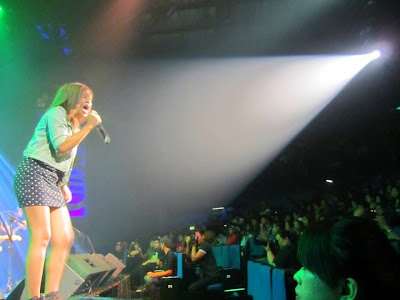 Crowd 7
Original Song: Pagbabago
Cover: Elesi by Rivermaya
Crowd 7 originally had seven members, hence the name. Unfortunately, they trimmed down to 5, but kept the name nonetheless. They take inspiration from Christian songs and were the only participants who were in uniform – and it did make them stand out! 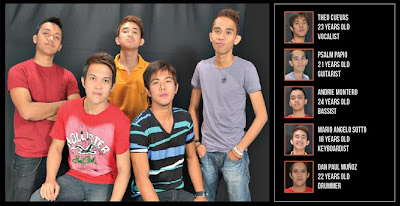 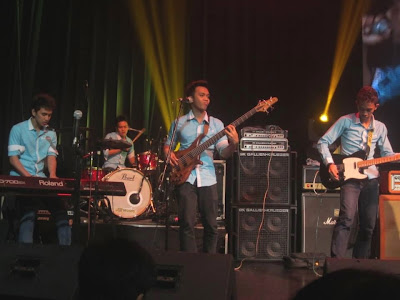 Dagsin
Original Song: Tukso
Cover: Sunday Morning by Maroon 5
The band’s name came from the Ilokano word Dagsen, which if I’m not mistaken, means “weight” or “heavy”. I liked how you can feel the intensity of their performance, even if they didn’t move around very much. I got a feeling these guys are going to be rockstar “heavyweights” in the future! 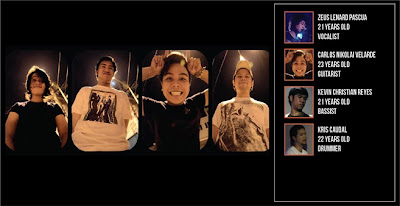 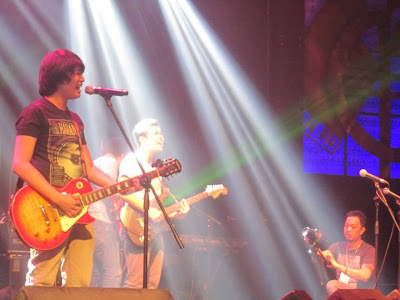 Iktus
Original Song: Wag Na
Cover: Pag-Ibig by Yeng Constantino
Another group inspired by Christianity, the group got its name from the Greek word “Ichtus”, which means fish. Man, I’m learning a lot from these bands! They were the personal favourite of my girl-buddy who came along with me because their female lead has a strong stage-presence when she performs. The ladies really are getting it on in this competition! 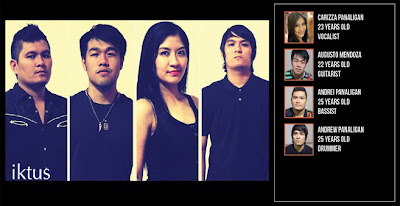 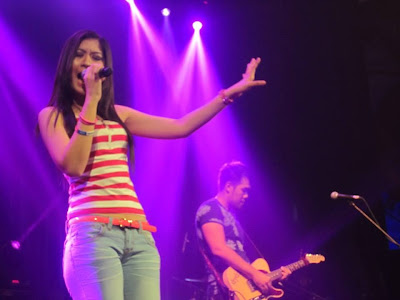 J-Squad
Original Song: See
Cover: Locked Out From Heaven
The band’s name is inspired by their director, Jay, who brought them all together, which eventually led to the formation of J-Squad. What made their band unique is the variety of the instruments that they used. Their number was soulful and full of emotion. 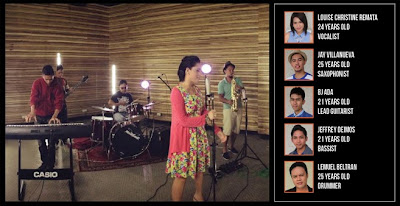 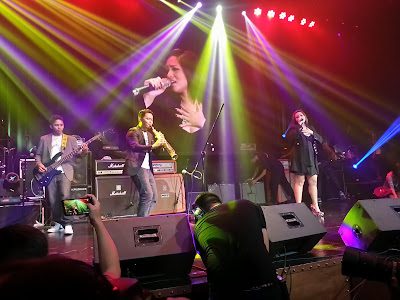 Cover: Tagalog version of The Who classic, My Generation
These Lasallians are probably the quirkiest among the finalists. Personally, I thought they were the ones who stood out the most. Not only did they have a lot of fans that night, they owned the whole venue with their number! 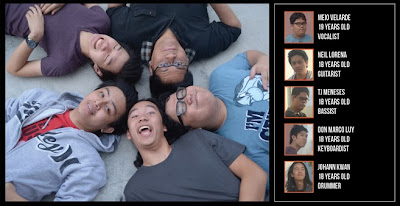 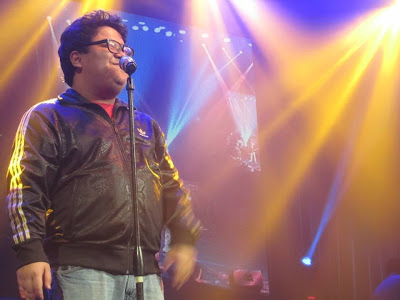 Low Grad Repeat
Original Song: Maria Hellen
Cover: Karma Chameleon by Culture Club
The band’s name is inspired by – you guessed it – their low grades in school. Apparently, being rockstars is where they excel! But if they can deliver a great performance like they did that night, I’m sure that with the right motivation, they’d do great with acads as well. Right guys? Right? 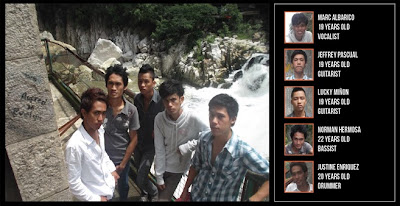 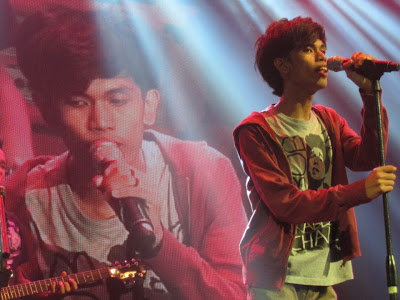 Mariae
Original Song: Midnight
Cover Song: Valerie by Amy Winehouse
All the group members are from UP-Diliman. By the time that they performed I felt like I was teleported to a theater, being serenaded by the lovely lady in red. I was cheering them on and I was imagining myself having wine while watching them perform. 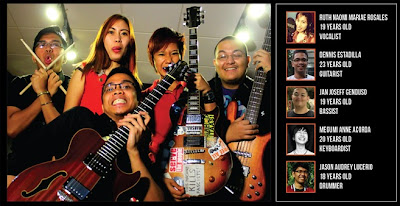 Is Blogging dead? Looking back at my 9 years of being a blogger 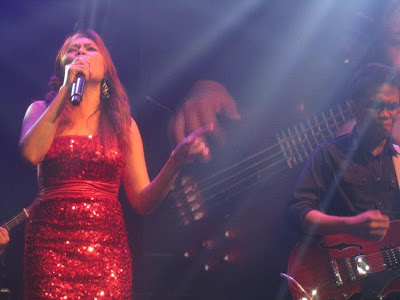 Soulpage
Original song: Got Love
Cover Song: Come Together by The Beatles
Another group whose members all come from UP, and they sure did have a good fan base during the finals. Four of the band members came from the College of Music. No wonder their performance was exceptional! 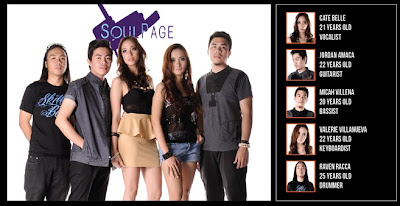 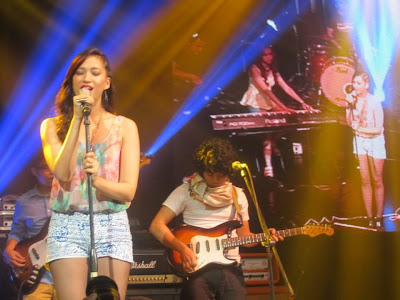 All the competing bands delivered outstanding, professional performances. This was not really surprising because Sun Broadband held an intensive training for the finalists with some of the biggest names in the local music industry – Nyoy Volante, Ebe Dancel, Francis Reyes, Mally Paraguya, Eunice Jorge, and Mike Dizon. No wonder the competition was tough, I actually felt like I was in a mini concert that night.
There were also performances by ChicoSci, The Oktaves, Tanya Markova, and Sabrina! What did I do to deserve all this luck? 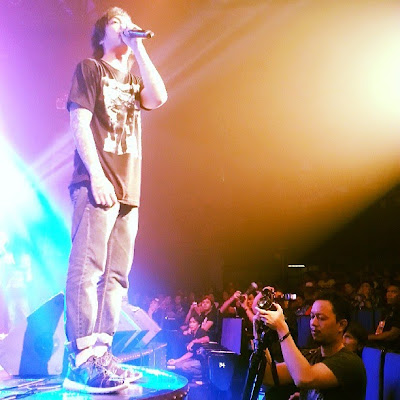 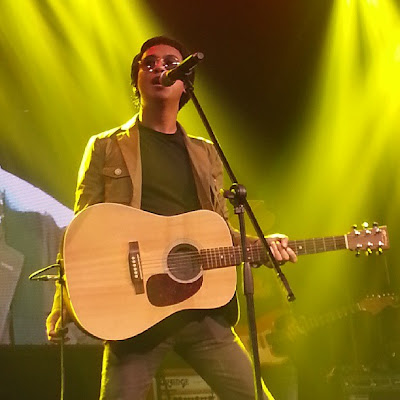 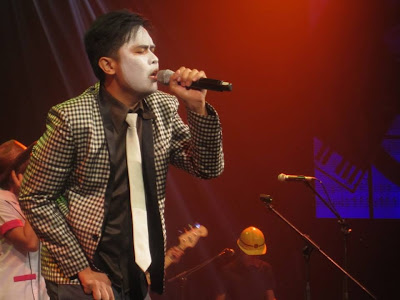 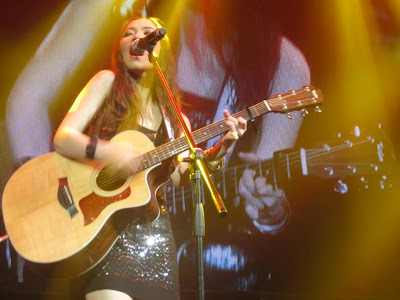 The night concluded with the announcement of the three best bands. I know this is cliché but I’m quite sure that the judges really had a hard time picking the winners that night. Francis Guevarra, Sammy Samaniego, Francis Reyes and Pamela Santiago were the ones who judged the performances. And the winners were *drumroll*…
2nd Runner Up: Baby Boomers
1st Runner Up: Bad Hair Day
Grand Champion: Iktus 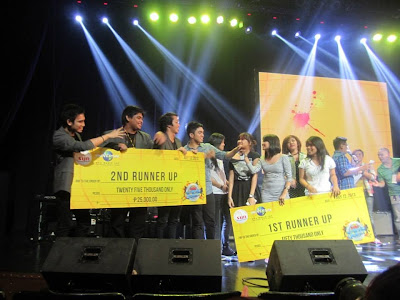 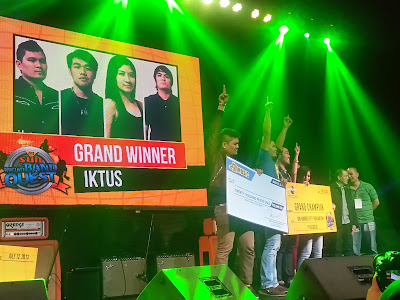 Iktus took home a whopping Php 150,000.00 cash prize that night! They’ll also get to have an album to be produced and released by MCA Universal, and paid gigs at Sun Cellular and MCA Universal-sponsored events! Baby Boomers got Php 25,000.00 as the second runner-up whileBad Hair Day took home Php 50,000.00 for being the first runner-up.
It was definitely a night of great music and awesome performances. The quest for the Top, All-Original Band of 2013 may be over, but I’m sure the journey of these fresh, young talents is just about to begin. More than just challenging them into the competition, Sun Broadband together with their partners, will go along with these newly discovered talents in their journey to stardom, mentoring and guiding them along the way. With all the support that these young rockstars are going to get, I can already tell that they are going to be great artists in the future. I’m pretty sure that this won’t be the last time that I am going to see them on stage.
This is a Sponsored Post