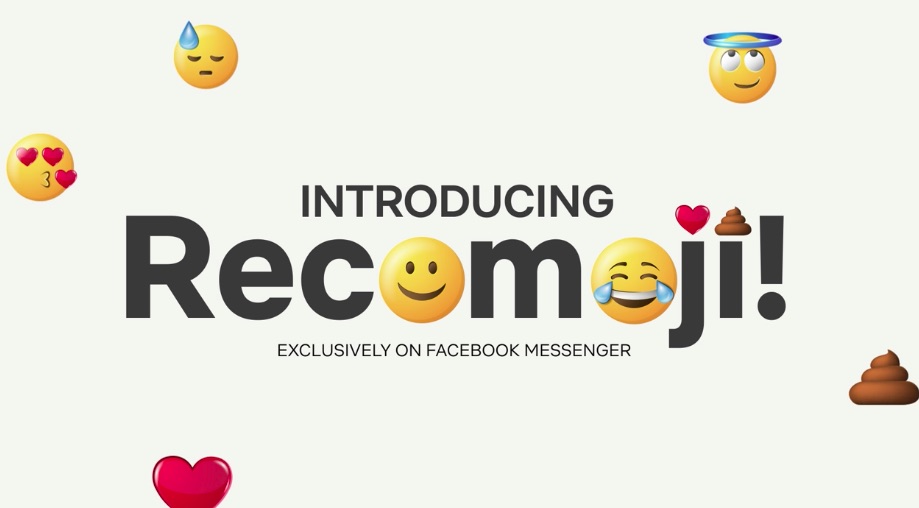 Recomoji: Netflix Recommends Titles Based on your Mood

Recomoji: How are you feeling? Netflix can now recommend to you shows and movies based on your current mood.

With Recomoji, Netflix will send you recommendations on what to watch from the platform simply by sending them an emoji on Facebook Messenger that represents how you feel. Feeling romantic? Send ‘em a “heart” emoji. Craving for dessert? That “cake” emoji will do! Check out the demo video here.

I tried Netflix’ Recomoji for myself to check how accurate it is. Since I love horror and thrillers, I tried sending them a ghost emoji over at Facebook Messenger. Netflix replied with a “creepy murder mystery” and sent me “Alias Grace” – a series based on Margaret Atwood’s 1996 novel of the same name. Its description on Netflix says that it’s about a psychiatrist who weighs whether a murderess should be pardoned due to insanity. Sounds good so far! 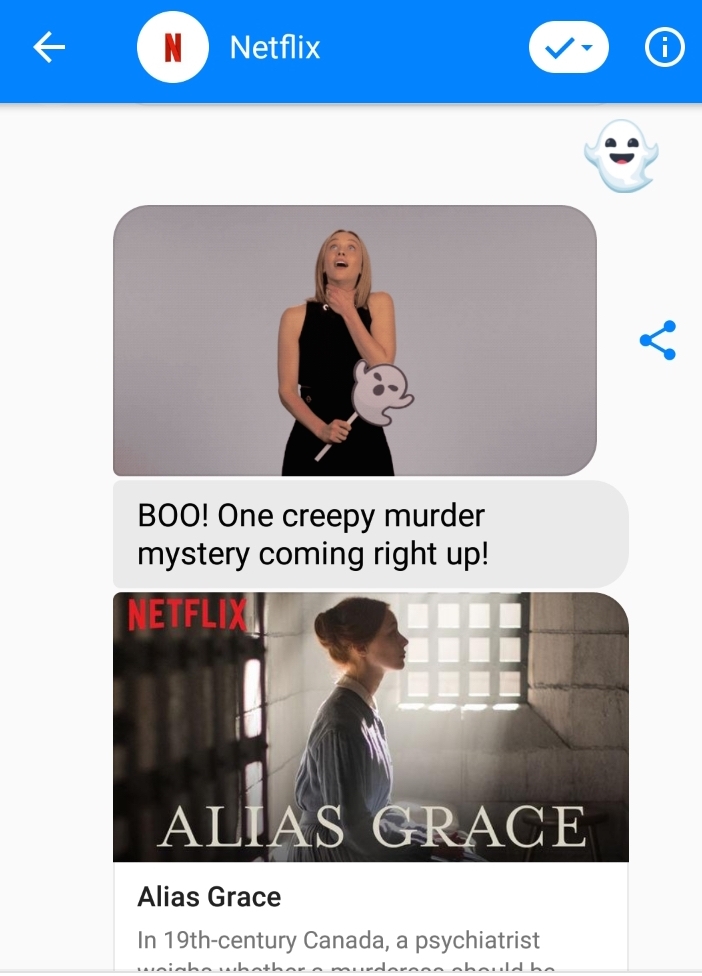 I wondered whether a knife emoji would give me a slasher film or a cooking show so I sent it over. However, Netflix’ response said that it couldn’t identify what mood the knife represents, so it sent me “Kakeguri” instead. It’s a anime about gambling, so I guess Recomoji missed the mark with that one. 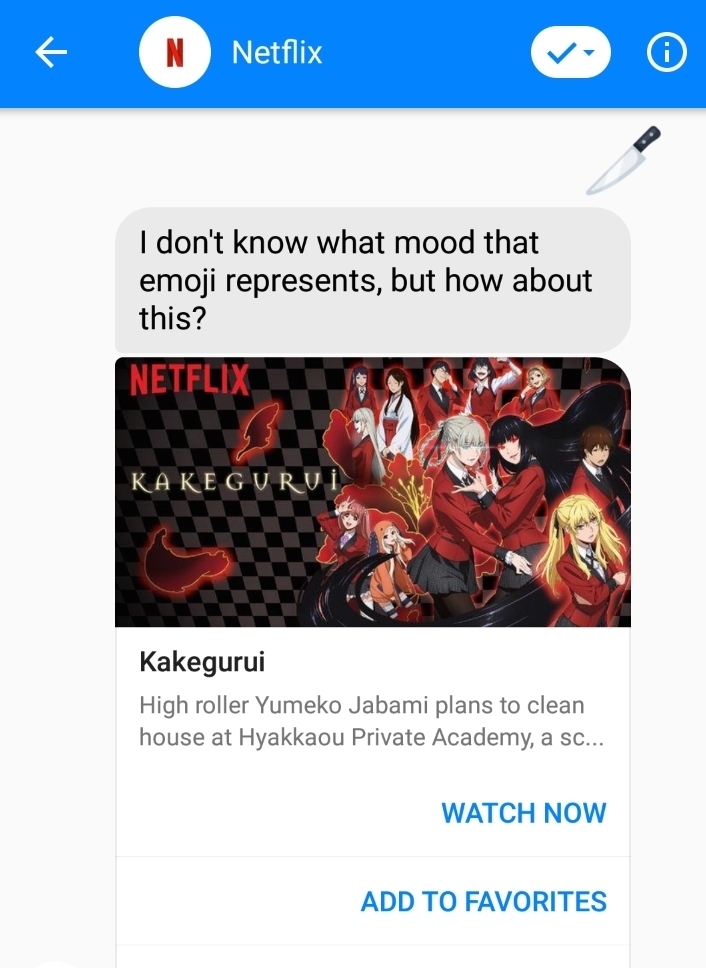 Rediscovering my love for Bukidnon through Art

It appears that Recomoji is limited to certain emojis for now. Tapping “Return to Menu” on messenger, gives you “Recomoji” available options that you can choose from, together with a “How To” button, and a “My Favorites” button.

What do you think of Recomoji? Tell us in the comments below!