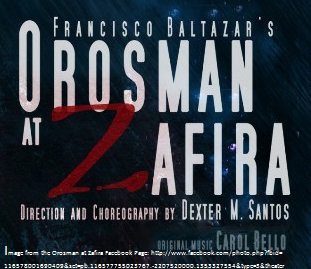 Pag-ibig, pag-ibig, at pag-ibig pa rin…
This is probably the most memorable line from the play. Not to mention the one most often quoted in status updates of my friends after they have seen the action on stage. Last Saturday was the third time I have watched Orosman at Zafira as directed by Dexter Santos, and it never failed to give me goose bumps every time. 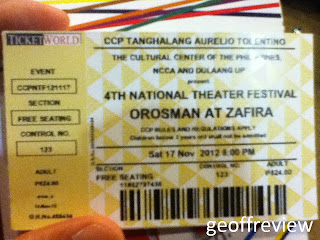 Orosman at Zafira is a komedya written by Francisco Baltazar and tells us the tragic love story of…well, Orosman and  Zafira, entwined with treachery, honor, faith, and war. Yes, WAR. How war is going to be depicted in a stage play is definitely something to look forward to. There are three tribes in the play ruled over by a sultan  – the Marruecos, Tedenst, and the Duquela (I’m not even sure if I spelled those out right). Conflict ensues when Boulasem, the leader of Tedenst, gets the idea that he is to be murdered by the Sultan Mahamud, who happens to be a native of the Marruecos. Boulasem, along with a few trusted men, assassinates the sultan and takes over the “crown” – which by the way is an elaborately decorated arm band – and also as sultan of the tribes. This is where the exciting part starts. War is raged against Tedenst by the allied forces of the Marruecos and Duquela natives led by Gulnara (Mahamud’s wife), Zelim (leader of Duquela), and Zafira (daughter of Mahamud). To give you an idea of how the “tragic love story” comes in, Orosman is actually the son of Boulasem.
No wonder the play always gets a very positive reception, it’s a spectacle! And I’m not just talking about the stage design because the set is minimalist. I’m talking about the whole production, especially the choreography! Each scene is effectively executed through stage movement and dancing and the cast is so intense, so dedicated that you can feel their energy you just want to jump into the stage and join the action. That’s how epic watching the play felt like.
And yes, the set is minimalist, but it is effective. It’s basically composed of tall grasses moved around to change the scenes. And this is one of the most amazing things about Orosman at Zafira. You can “see” the scenes clearly even though the stage is just made up of repositioned set pieces. Simple but amazing…how cool is that? 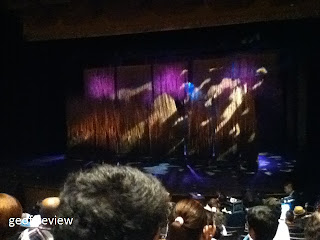 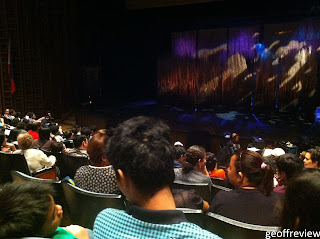 I haven’t even started to talk about the actors’ performance. Talk about acting, singing and dancing at the same time – and be good at all of them! Why is the world unfair?
Orosman at Zafira, as directed and choreographed by Dexter Santos has actually been staged several times, so this should already give you an idea of how good the play is. It has been staged at UP-Diliman, at the Mall of Asia, and this time at the CCP as part of the 4th. National Theater Festival.
Sir Dex has actually been one of my professors back in college as I went to his stage movement class. It’s definitely one of the most memorable classes I’ve had. I remember he once told us (non-verbatim) that a good theater production is one that disturbs the audience. One that makes them think, and take the experience with them even when they have already left the theater. I realize now, I’m writing this blog post late at night because I couldn’t sleep right away thinking about the play. If that’s not what he meant about getting disturbed I don’t know what it is. 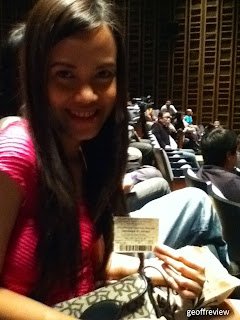 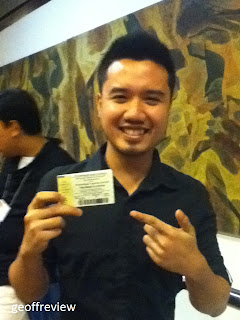